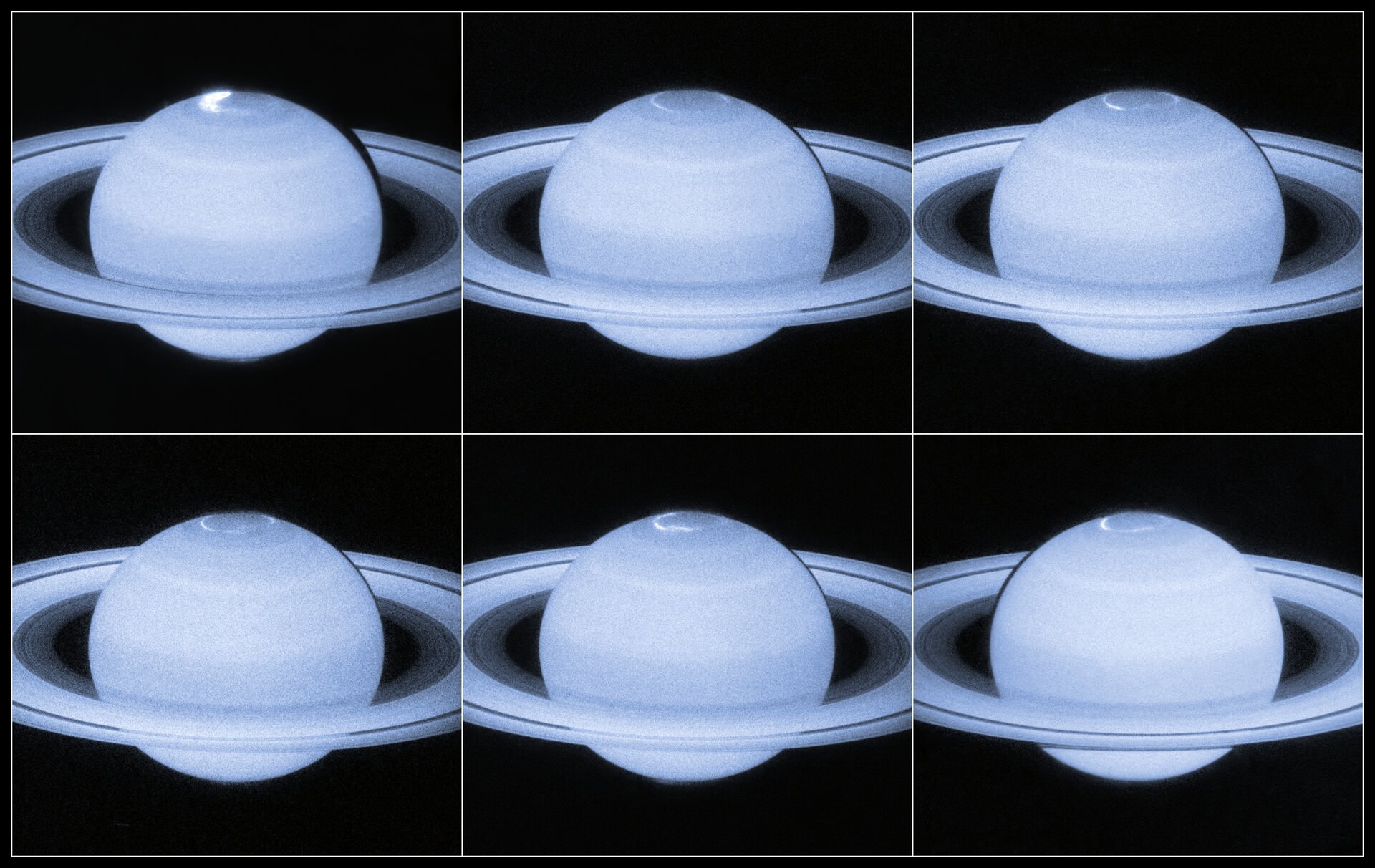 Astronomers using the NASA/ESA Hubble Space Telescope have captured new images of the dancing auroral lights at Saturn’s north pole. Taken in April and May 2013 from Hubble’s perspective in orbit around Earth, these observations provide a detailed look at previously unseen dynamics in the choreography of the auroral glow.

The ultraviolet images, taken by Hubble’s super-sensitive Advanced Camera for Surveys, capture moments when Saturn’s magnetic field is affected by bursts of particles streaming from the Sun.

Saturn’s magnetosphere – the vast magnetic ‘bubble’ that surrounds the planet – is compressed on the Sunward side of the planet, and streams out into a long ‘magnetotail’ on the nightside.

It appears that when particles from the Sun hit Saturn, the magnetotail collapses and later reconfigures itself, an event that is reflected in the dynamics of its auroras.

Saturn was caught during a very dynamic light show – some of the bursts of light seen shooting around Saturn’s polar regions travelled more than three times faster than the speed of the gas giant’s roughly 10-hour rotation period!

The new observations were taken as part of a three-year Hubble observing campaign, and are presented in a paper published in the journal Geophysical Research Letters. The images complement those taken by the international Cassini spacecraft orbiting Saturn.