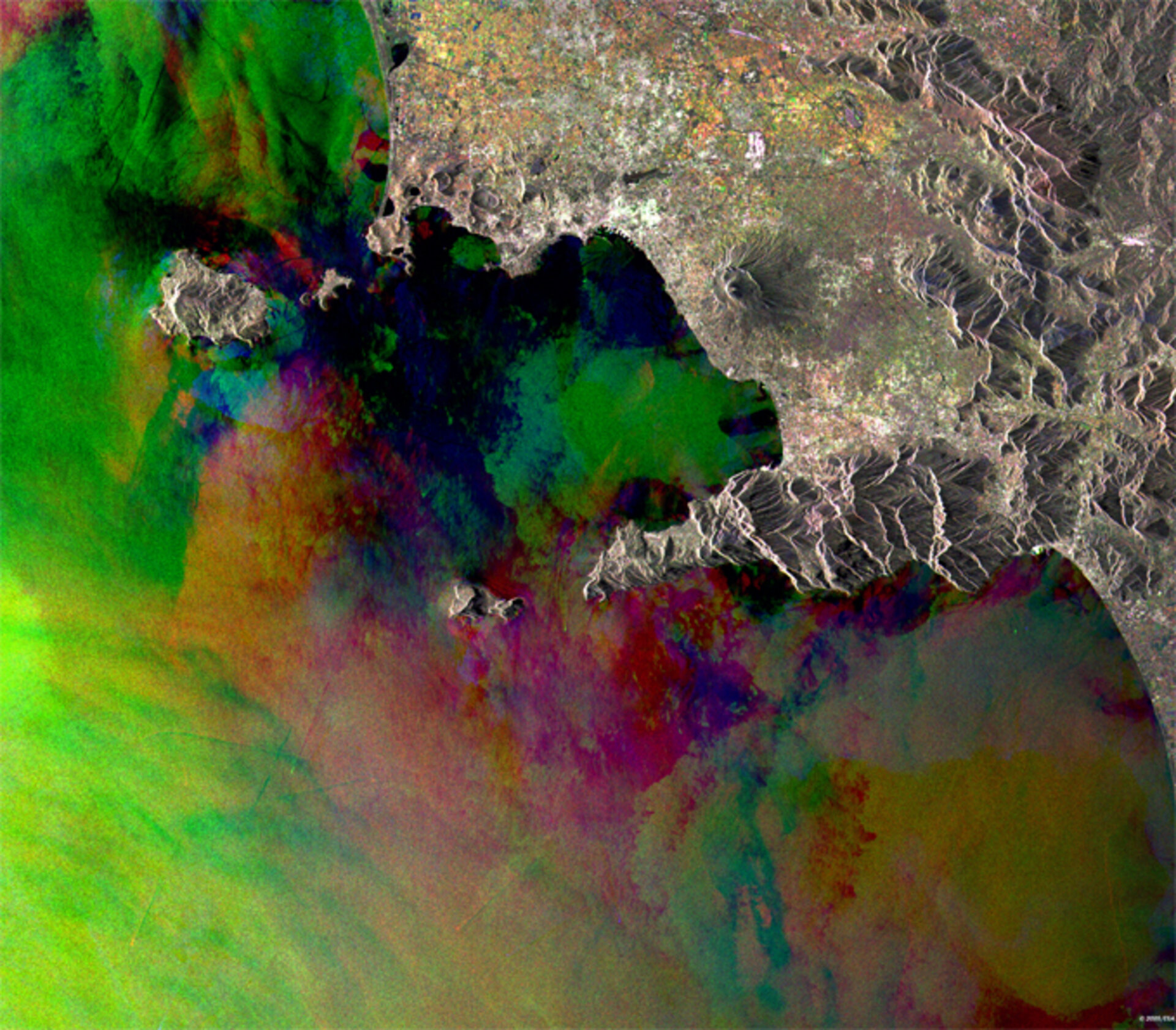 Bay of Naples, including Phlegrean Fields to west

This Synthetic Aperture Radar (SAR) multitemporal colour composite image shows Naples and its bay. Naples, the largest city in southern Italy and capital of the Campania Region, can be seen as the large bright area on the northern tip of the Bay of Naples. The bay lies within an important volcanic province, with the volcano Mount Vesuvius and the Phlegrean Fields (Campi Flegrei) area being its active and ancient primary testimonies.
The different colours shown by the sea in the bay indicate sea surface roughness caused by the winds which occurred during the dates of acquisition. The colour patches to the north of Naples represent crop fields.
The image is made of three ERS-2 SAR PRI (Precision Radar Image) images acquired on different dates. A different RGB colour is assigned to each date of acquisition: Red: 11 February 2004, Green: 21 April 2004, Blue: 30 June 2004.

The instrument has 25 metre resolution.