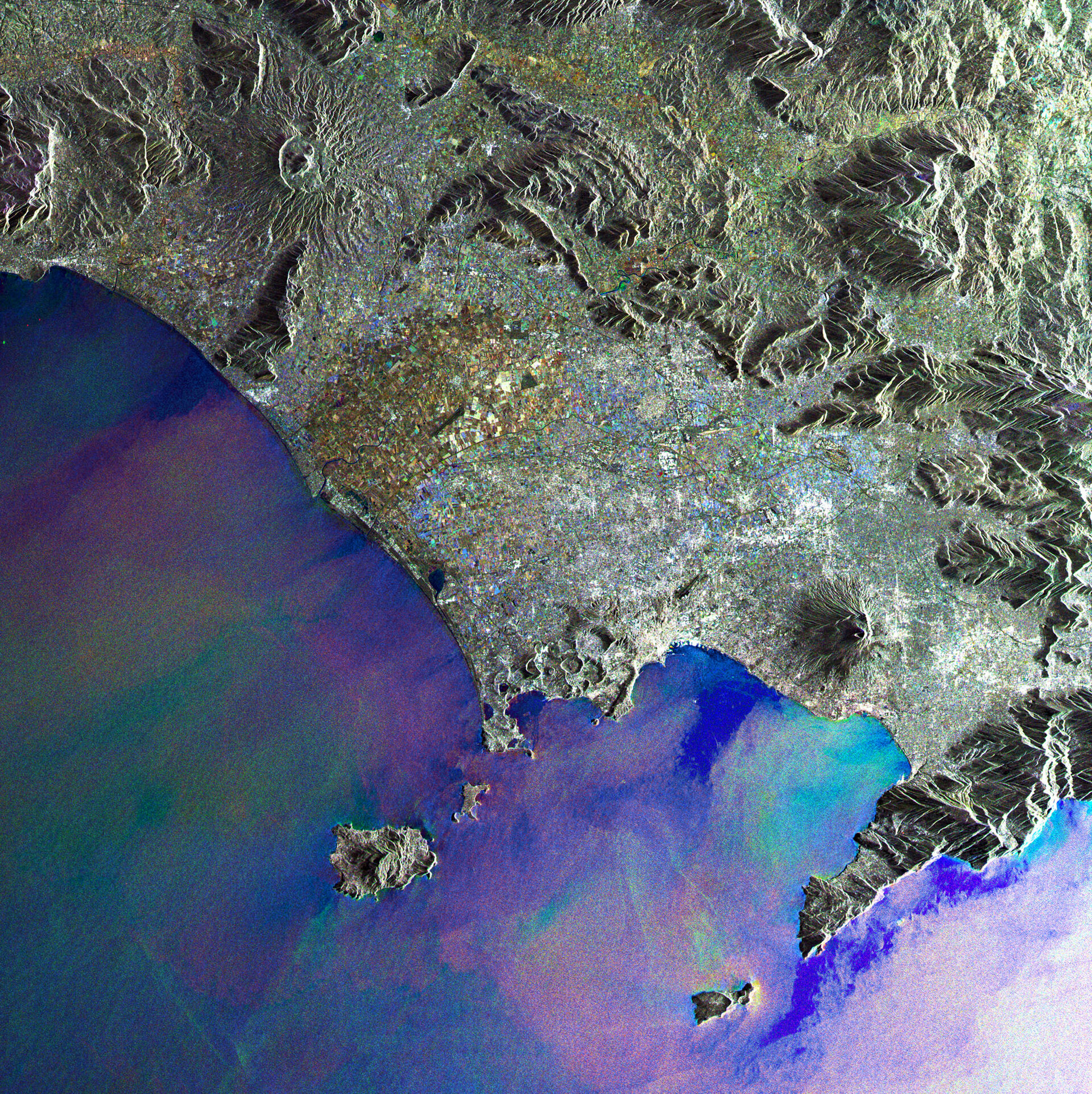 This Envisat Advanced Synthetic Aperture Radar (ASAR) composite image shows the Bay of Naples off the west coast of Italy. The bay is lined to the south by the Sorrento Peninsula – where the world-famous Amalfi coast runs along its southern edge. Just beyond the tip of the peninsula lies the beautiful island of Capri. The islands of Ischia, renowned for its thermal springs, and Procida can be seen to the top of the bay.

The image clearly displays the signs of volcanism in this region. Formed as a result of the collision between the African and Eurasian tectonic plates, Mount Vesuvius is featured just inland from the bay overlooking the city of Naples. This volcano has erupted many times, most notably in 79 AD when the cataclysmic eruption buried the surrounding area with up to 30 m of ash. The towns of Pompeii and Herculaneum were excavated last century, providing a snapshot of what Roman life was like almost 2000 years ago.

The region around this volcano is home to more than three million people and with the last eruption occurring in 1944, it is intensively monitored for signs of unrest.

Further signs of volcanism can be seen at the western end of the bay where the Phlegraean Fields lie. This complex structure, most of which is below sea level, is constantly on the move due to subsidence and uplift.

This image was created by combining three Envisat ASAR acquisitions taken over the same area. The colours in the image result from variations on the surface that occurred between acquisitions.