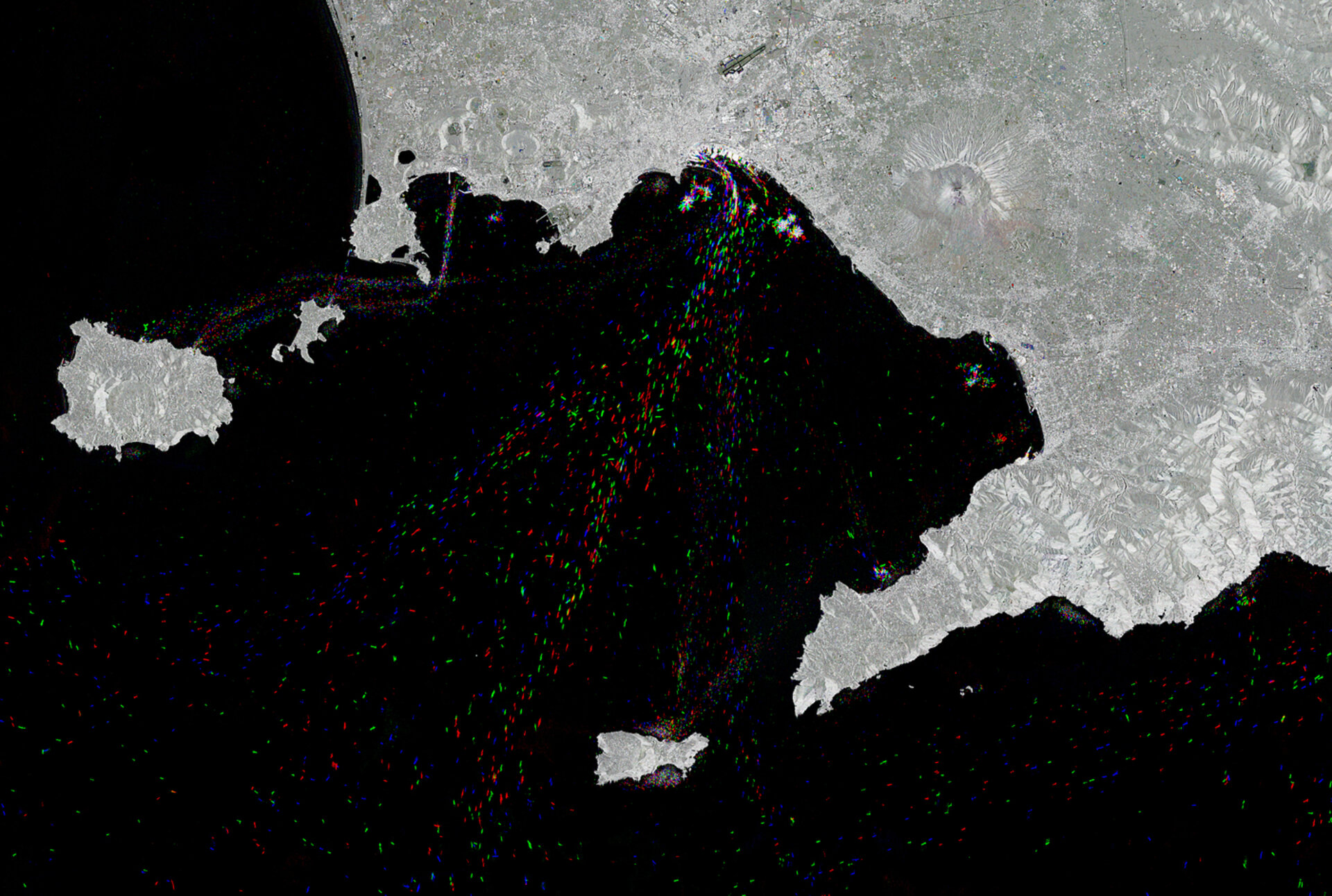 The Copernicus Sentinel-1 mission takes us over the busy maritime traffic in the Bay of Naples, in southern Italy.

The two identical Copernicus Sentinel-1 satellites carry radar instruments to provide an all-weather, day-and-night supply of imagery of Earth’s surface. Here, three years of Sentinel-1 data over the same area, equal to hundreds of images, have been compressed into a single image.

The sea surface reflects the radar signal away from the satellite, and makes water appear dark in the image. This contrasts with metal objects, in this case the ships in the bay, which appear as bright dots in the dark waters of the Tyrrhenian Sea. Boats crossing the bay in 2017 appear in blue, those from 2018 appear in green, and those from 2019 can be seen in red.

Many large vessels depart from the Port of Naples, one of the largest Italian seaports visible in the top-centre of the image. From here, and the smaller Port of Pozzuoli in the left of the image, small leisure boats and ferries set sail to the nearby islands. Ischia, renowned for its thermal springs, and Procida are visible in the left of the image, in front of Pozzuoli, while the beautiful island of Capri is visible further south.

Numerous boats are anchored off the island of Capri in the bottom of the image. The island lies opposite the Sorrento peninsula, to which it was joined in prehistoric times. Two indentations can be seen in its cliff-lined coast: the Marina Grande on the north shore and the Marina Piccola on the south shore.

Other vessels are docked off the coast of Sorrento, as well as off of the Amalfi coast in the right of the image.

The Bay of Naples is famous for its scenic beauty, including the steep, volcanic hills surrounding it. The still-active Mount Vesuvius can be seen just inland from the bay, as a circular shape. Cities, such as Naples, as well as the other surrounding towns, are visible in white owing to the strong reflection of the radar signal.