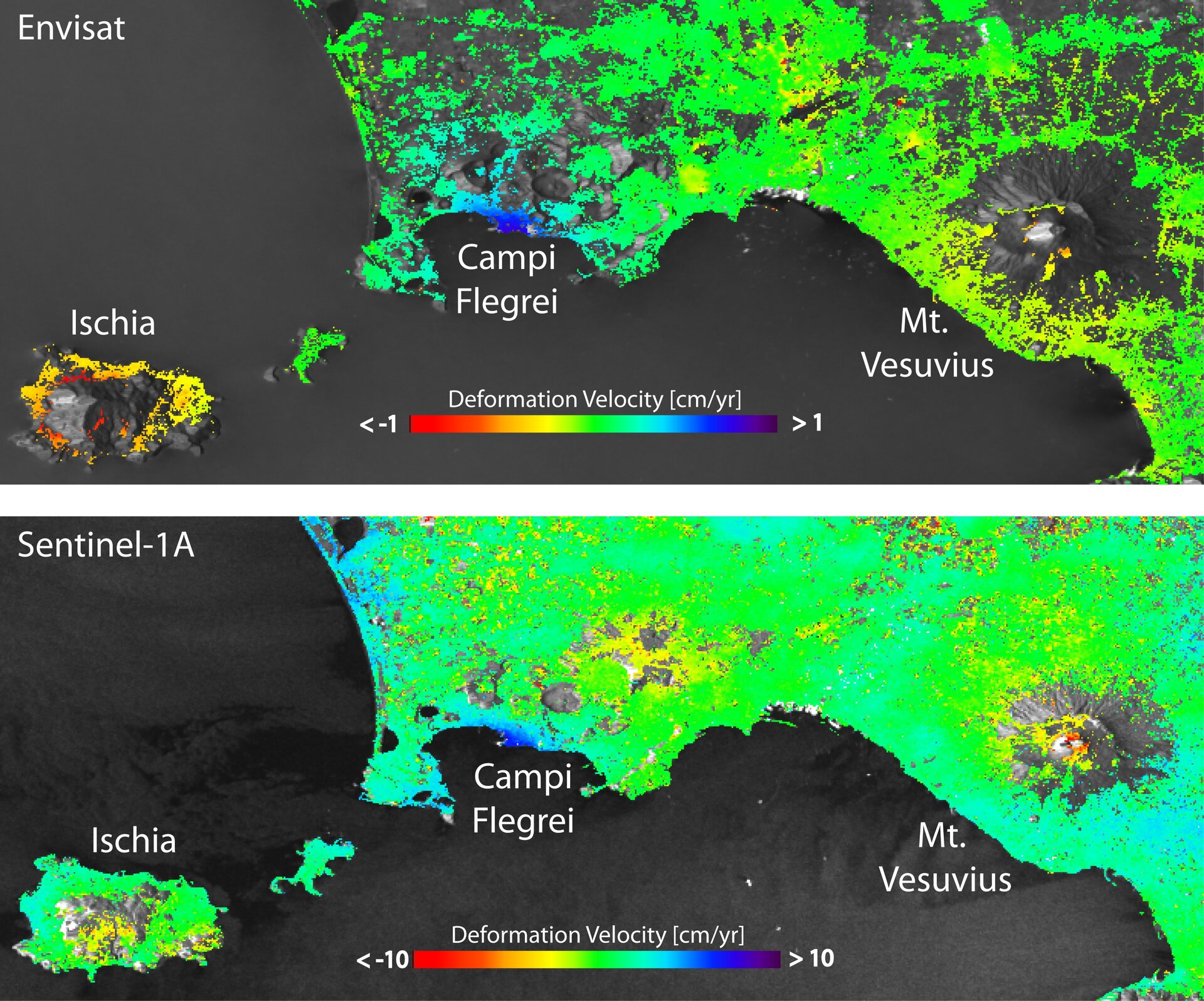 In the top image, we see the mean surface deformation velocity of the Bay of Naples, computed using Envisat radar data acquired in 2002–10. The lower image shows deformation over the same area based on Sentinel-1A data relevant to 2014–15.

By comparing the two maps based on data from two different satellites, the drastic improvement of the point density obtained through the InSAR analysis exploiting Sentinel-1A data is evident.