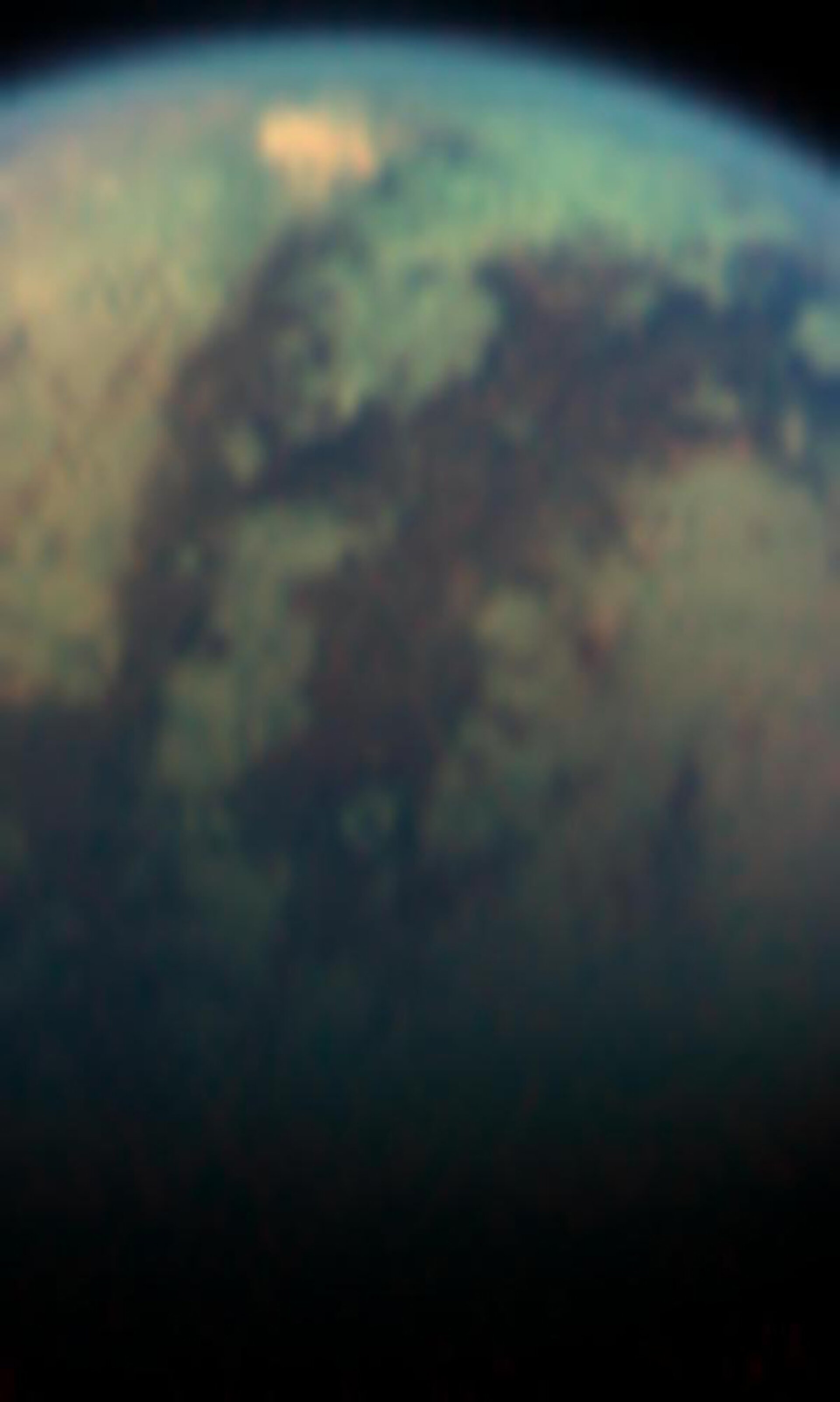 The Visual and Infrared Mapping Spectrometer (VIMS) instrument on board the NASA/ESA/ASI Cassini spacecraft has found an unusual bright, red spot on Titan.


This dramatic colour (but not true colour) image was taken during the 16 April 2005 encounter with Titan. North is to the right. In the centre it shows the dark lanes of the H-shaped feature discovered from Earth and first seen by Cassini last July shortly after it arrived in the Saturn system.

At the south-western edge of the H feature, near Titan's limb (edge), is an area roughly 500 kilometres (300 miles) across. That area is 50 percent brighter, when viewed using light with a wavelength of 5 microns, than the bright continent-sized area known as Xanadu.

Xanadu extends to the north-west of the bright spot, beyond the limb (edge) of Titan in this image. Near the terminator (the line between day and night) at the bottom of this image is the 80-kilometre-wide crater that has been previously seen by Cassini's radar, imaging cameras and VIMS.

This colour image was created from separate images in the 1.7 micron (blue), 2.0 micron (green), and 5.0 micron (red) spectral windows through which it is possible to see Titan's surface. The yellow that humans see has a wavelength of about 0.5 microns, so the colours shown are between 3 and 10 times more red than the human eye can detect.