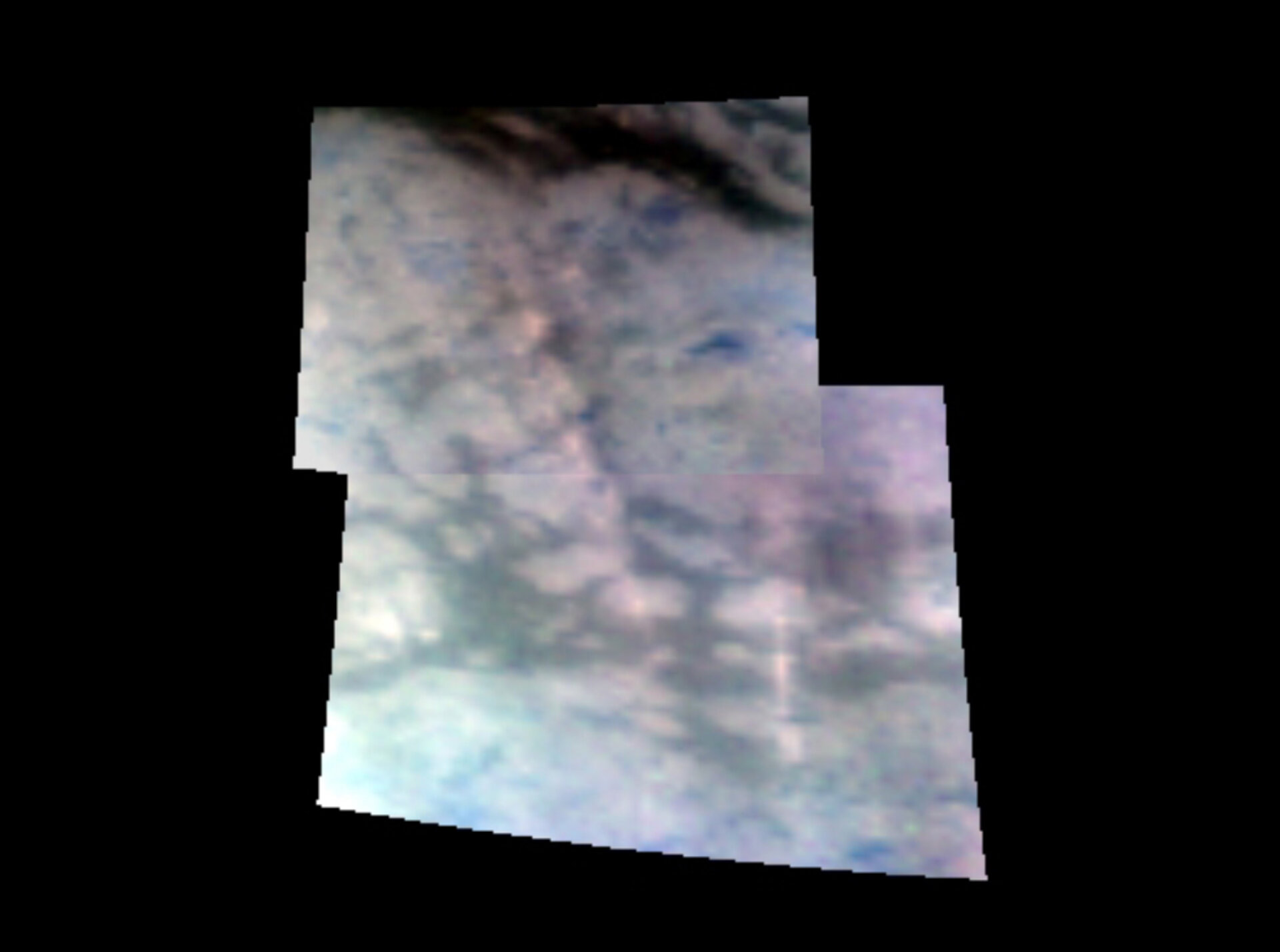 This composite image shows a massive mountain range running just south of Titan’s equator. Near the centre of the image, the mountain range runs from southeast to northwest. It is about 150 kilometres long and 30 kilometres wide and about 1.5 kilometers high. This range, and smaller ranges to the west and east of the main range, probably results from material welling up below as the crust of Titan is pulled apart by tectonic forces.

This image was obtained during a fly-by of Titan designed to obtain the highest resolution infrared views of Titan yet. The fly-by took place on 25 October 2006. Cassini’s Visual and Infrared Mapping Spectrometer (VIMS) resolved surface features as small as 400 meters. This composite image was taken at a distance of 12,000 million kilometres from Titan. This image was constructed from images taken at wavelengths of 1.3 microns shown in blue, 2 microns shown in green, and 5 microns shown in red.