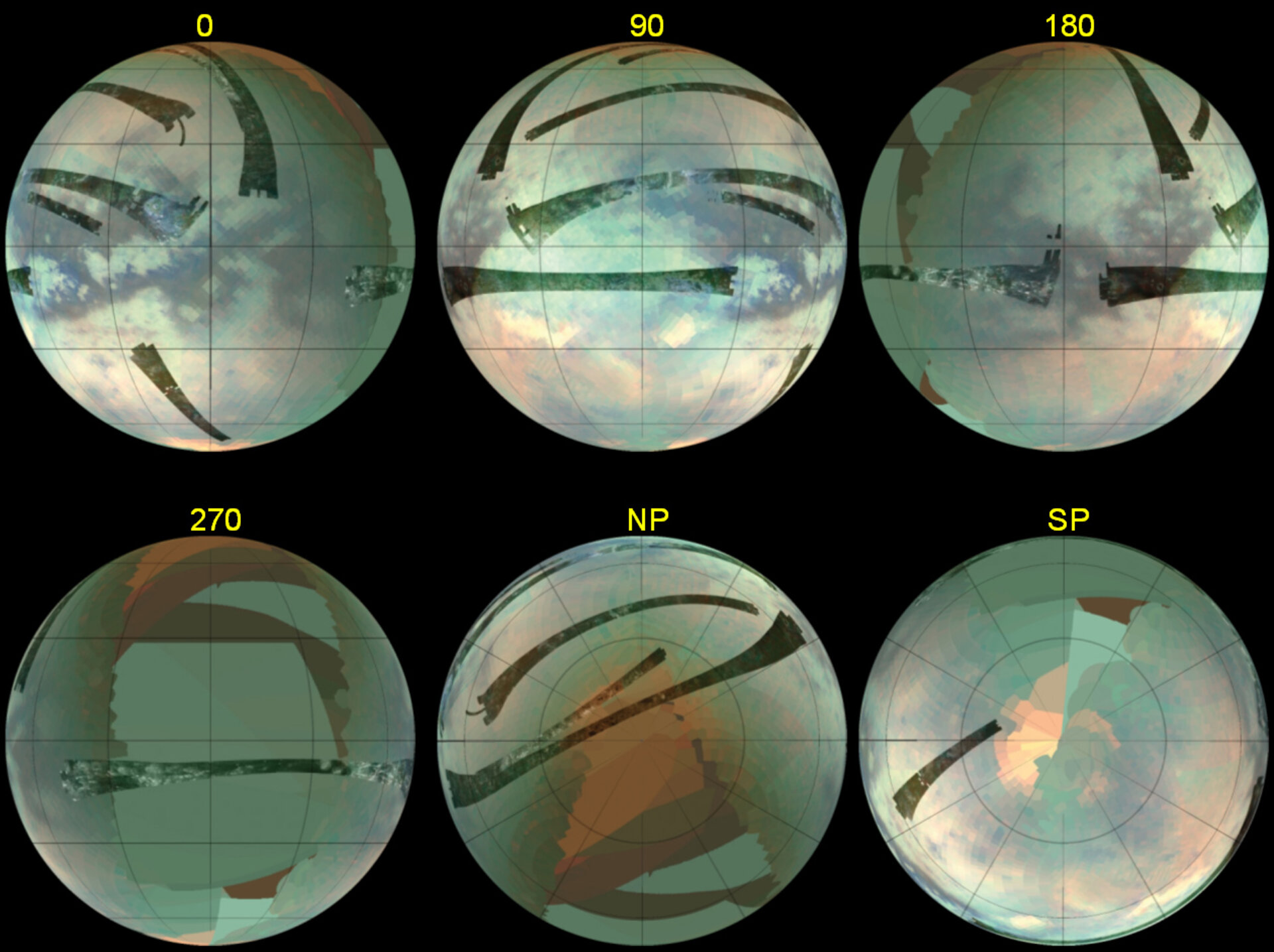 Infrared and radar views of Titan

This set of composite images was constructed from the best Cassini radar data and Visual and Infrared Mapping Spectrometer (VIMS) data obtained from all the Titan flybys up to the most recent flyby on 25 October 2006 (T20).

The globe to the upper right is centred on 0 degrees longitude, and each of the other globes is labelled as to which longitude appears at the centre of the disk. The two rightmost images in the bottom row are of the north and south poles of Titan, respectively. The two instruments provide complementary data, all of which is required to understand the geologic processes that have shaped the surface of Titan over the age of the solar system.