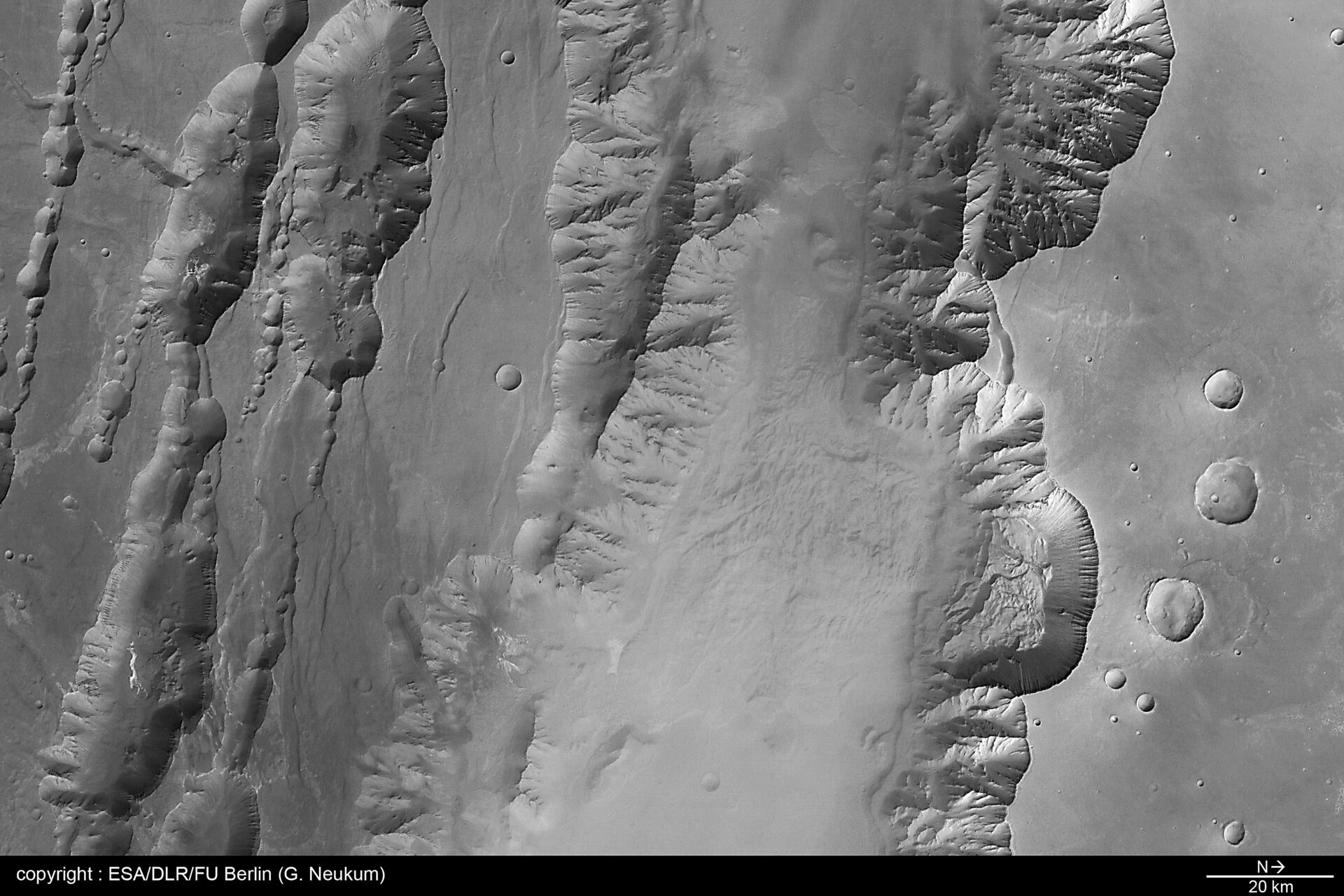 Black and white view of Coprates Chasma and Coprates Catena

This image was taken by the High Resolution Stereo Camera (HRSC) on board ESA’s Mars Express spacecraft. It show Coprates Chasma, a major trough located roughly in the centre of the Valles Marineris canyon system.

The HRSC obtained this image on 28 May 2004 during orbit 449 with a ground resolution of approximately 48 metres per pixel. The scene shows the region of Coprates Chasma and Coprates Catena, over an area centred at about 13.5º South and 300º East.