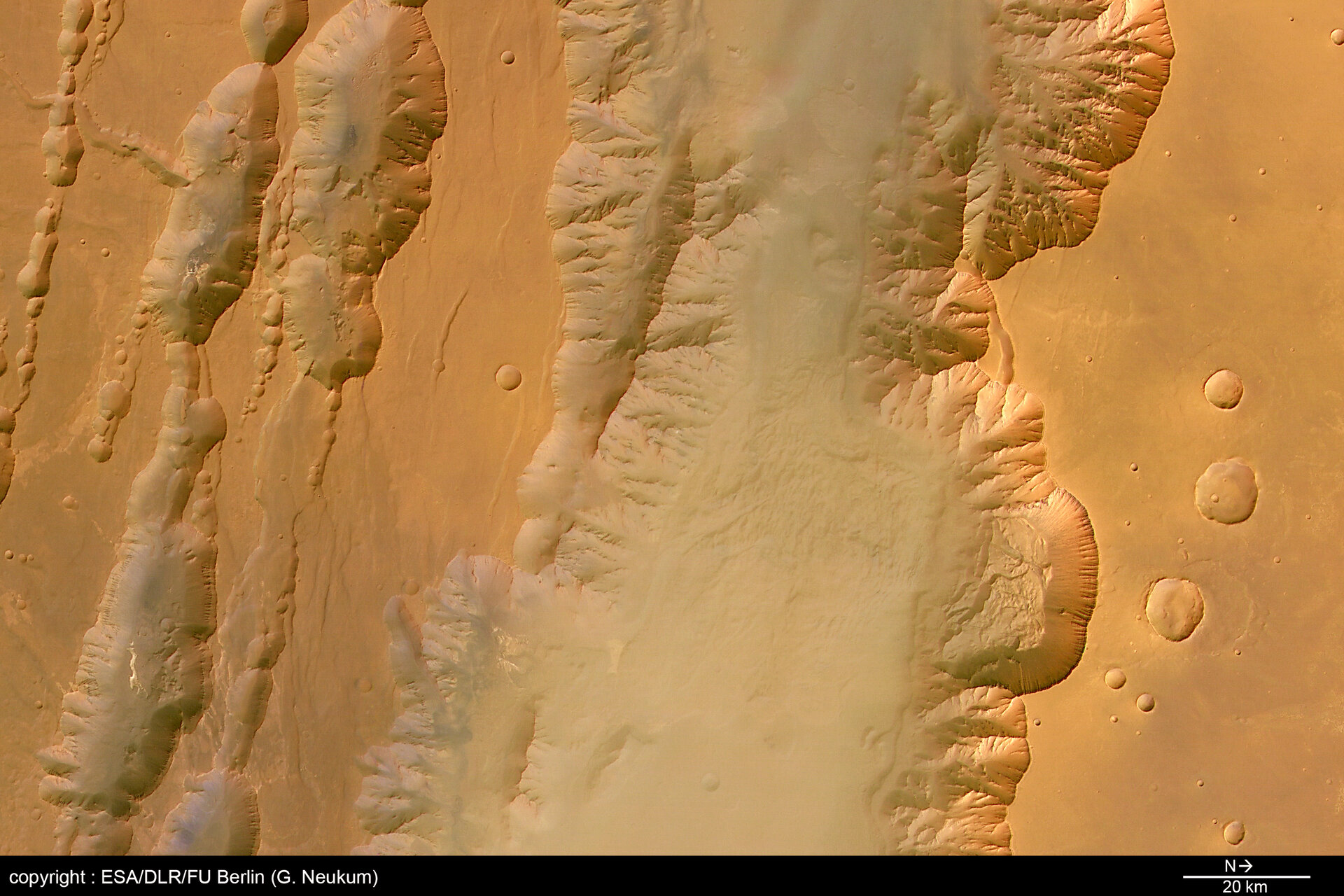 This image was taken by the High Resolution Stereo Camera (HRSC) on board ESA’s Mars Express spacecraft. The HRSC obtained this image on 28 May 2004 during orbit 449 with a ground resolution of approximately 48 metres per pixel. The scene shows the region of Coprates Chasma and Coprates Catena, over an area centred at about 13.5º South and 300º East.