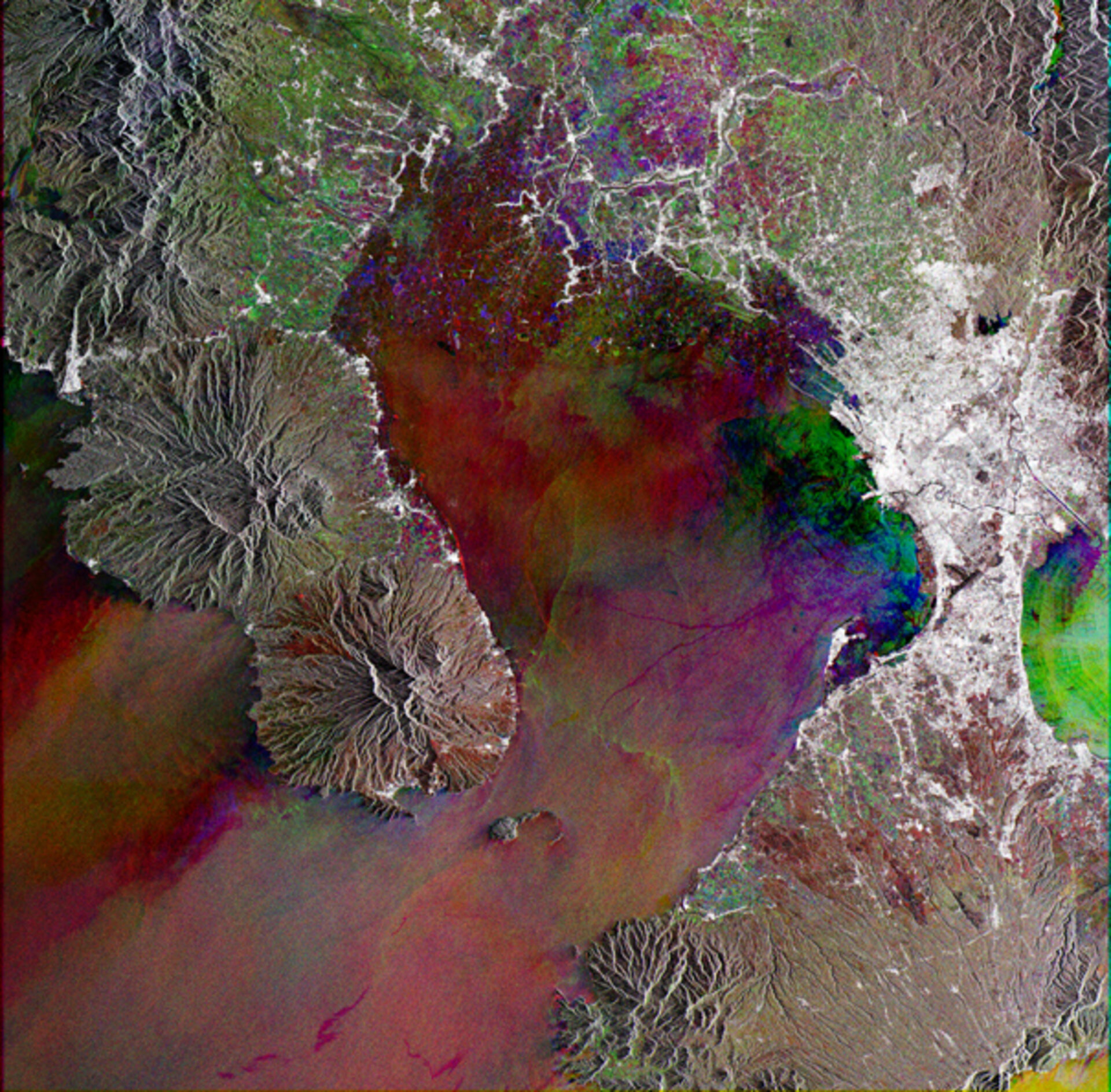 The capital city of the Philippines and its surrounding metropolitan area forms one of the most densely populated urban areas in the world, located on the country's main island of Luzon in the South China Sea, with Manila Bay to its west and Laguna Bay to its east. 'Metro Manila' as a whole is home to more than ten million inhabitants.
In this multitemporal Advanced Synthetic Aperture Radar (ASAR) composite red relates to an acquisition on 04 November 2004, green to one on 2 July 2003 and blue to one on 19 March 2003.