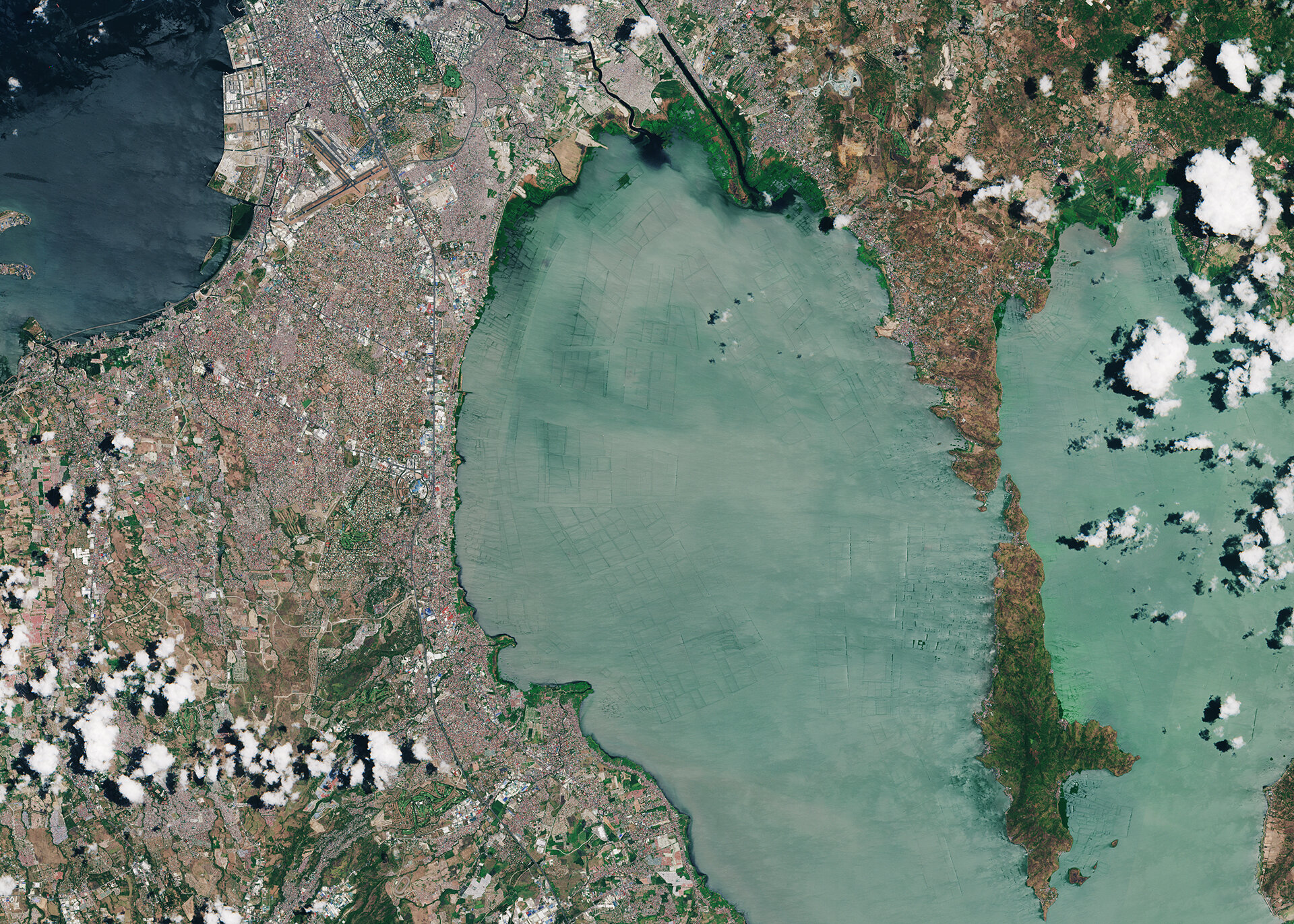 The Sentinel-2A satellite takes us over Luzon in the Philippines, with part of the city of Manila in the upper left.

We can clearly see a difference in colour between the two water bodies: the dark Manila Bay on the left, and lighter Laguna de Bay dominating the centre. This is due to differences in depth, with the Laguna reaching a maximum of 4 m during the rainy season.

One of the most striking features of this image are the black plumes of water pollution visible at the outlets of the Taguig and Pasig rivers, as well as the manmade Manggahan Floodway entering the Laguna de Bay at its northern point.

Meanwhile, the nearby Manila Bay has been called a ‘pollution hotspot’. Runoff into the water body carry sewage, pesticides, fertilisers and industrial discharges, and other pollutants contribute to the low water quality, as well as sea-based sources of pollution like oil spills.

Celebrated on 22 March each year, World Water 2017 focuses on the theme of wastewater.

Satellites like Sentinel-2 can help to measure water quality and detect changes in both inland water bodies and coastal zones, supporting the sustainable management of water resources.

This image was captured by the Copernicus Sentinel-2A satellite on 8 May 2016.