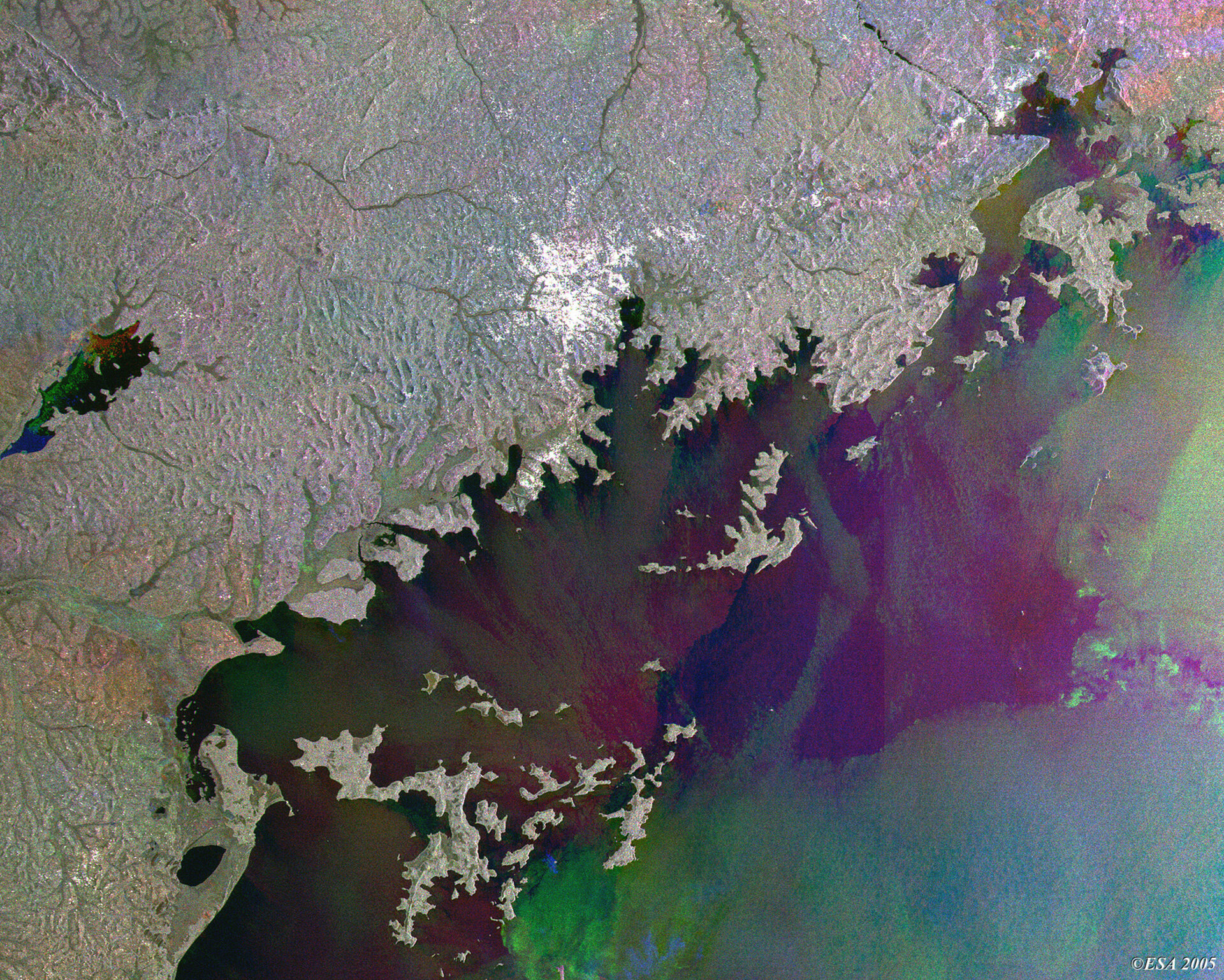 The Ugandan capital Kampala - location of the November 2005 Ramsar Conference of the Parties - on the shores of Lake Victoria, seen in a multitemporal Envisat ASAR Wide Swath Mode image. Because radar images represent surface backscatter rather than reflected light, there is no colour in a standard radar image. Instead the colour in this image is due to it being a multitemporal composite, made up of three Advanced Synthetic Aperture Radar (ASAR) images acquired on different dates, with separate colours assigned to each acquisition to highlight differences between them. In this composite, red relates to an acquisition on 30 May 2004, green to one on 11 January 2004 and blue to one on 28 September 2003.