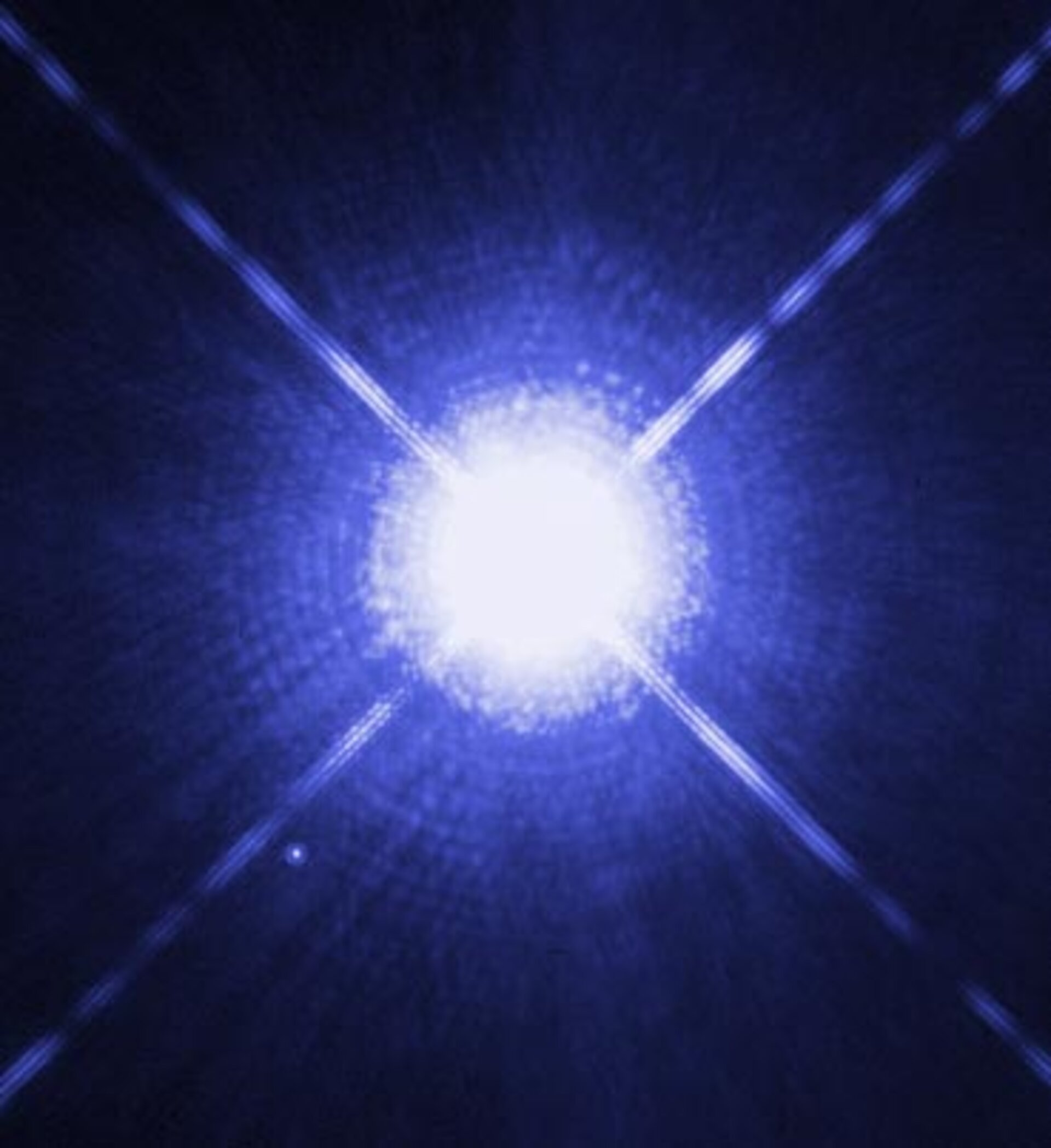 Hubble image of Sirius A, the brightest star in our nighttime sky

This Hubble Space Telescope image shows Sirius A, the brightest star in our nighttime sky, along with its faint, tiny stellar companion, Sirius B.

Astronomers overexposed the image of Sirius A (centre) so that the dim Sirius B (tiny dot at lower left) could be seen. The cross-shaped diffraction spikes and concentric rings around Sirius A, and the small ring around Sirius B, are artifacts produced within the telescope's imaging system. The two stars revolve around each other every 50 years. Sirius A, only 8.6 light-years from Earth, is the fifth closest star system known.

This image was taken 15 October 2003, with Hubble's Wide Field Planetary Camera 2. Based on detailed measurements of the position of Sirius B in this image, astronomers were then able to point the STIS instrument exactly on the white dwarf and make the measurements to determine its gravitational redshift and mass.