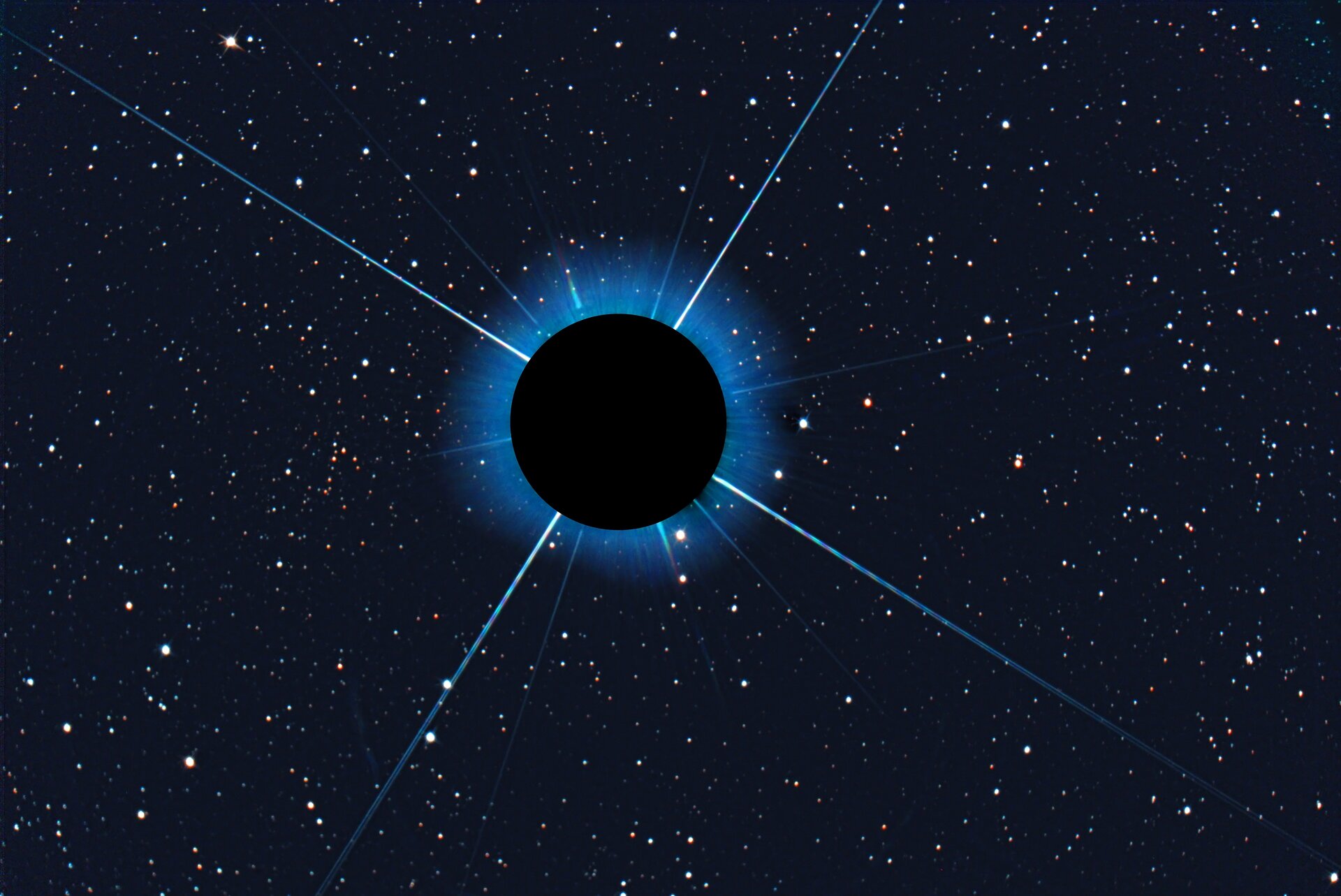 If you gazed at the night sky over the past few weeks, it is possible that you stumbled upon a very bright star near the Orion constellation. This is Sirius, the brightest star of the entire night sky, which is visible from almost everywhere on Earth except the northernmost regions. It is, in fact, a binary stellar system, and one of the nearest to our Sun – only eight light-years away.

Known since antiquity, this star played a key role for the keeping of time and agriculture in Ancient Egypt, as its return to the sky was linked to the annual flooding of the Nile. In Ancient Greek mythology, it represented the eye of the Canis Major constellation, the Great Dog that diligently follows Orion, the Hunter.

Dazzling stars like Sirius are both a blessing and a curse for astronomers. Their bright appearance provides plenty of light to study their properties, but also outshines other celestial sources that happen to lie in the same patch of sky.

This is why Sirius has been masked in this picture taken by amateur astronomer Harald Kaiser on 10 January from Karlsruhe, a city in the southwest of Germany.

Once the glare of Sirius is removed, an interesting object becomes visible to its left: the stellar cluster Gaia 1, first spotted last year using data from ESA’s Gaia satellite.

Gaia 1 is an open cluster – a family of stars all born at the same time and held together by gravity – and it is located some 15 000 light-years away. Its chance alignment next to nearby, bright Sirius kept it hidden to generations of astronomers that have been sweeping the heavens with their telescopes over the past four centuries. But not to the inquisitive eye of Gaia, which has been charting more than a billion stars in our Milky Way galaxy.

Mr Kaiser heard about the discovery of this cluster during a public talk on the Gaia mission and zealously waited for a clear sky to try and image it using his 30 cm-diameter telescope. After covering Sirius on the telescope sensor – creating the dark circle on the image – he succeeded at recording some of the brightest stars of the Gaia 1 cluster.

Gaia 1 is one of two previously unknown star clusters that have been discovered by counting stars from the first set of Gaia data, which was released in September 2016. Astronomers are now looking forward to Gaia’s second data release, planned for 25 April, which will provide vast possibilities for new, exciting discoveries.

More information about opportunities for amateur astronomers to follow up on Gaia observations here.