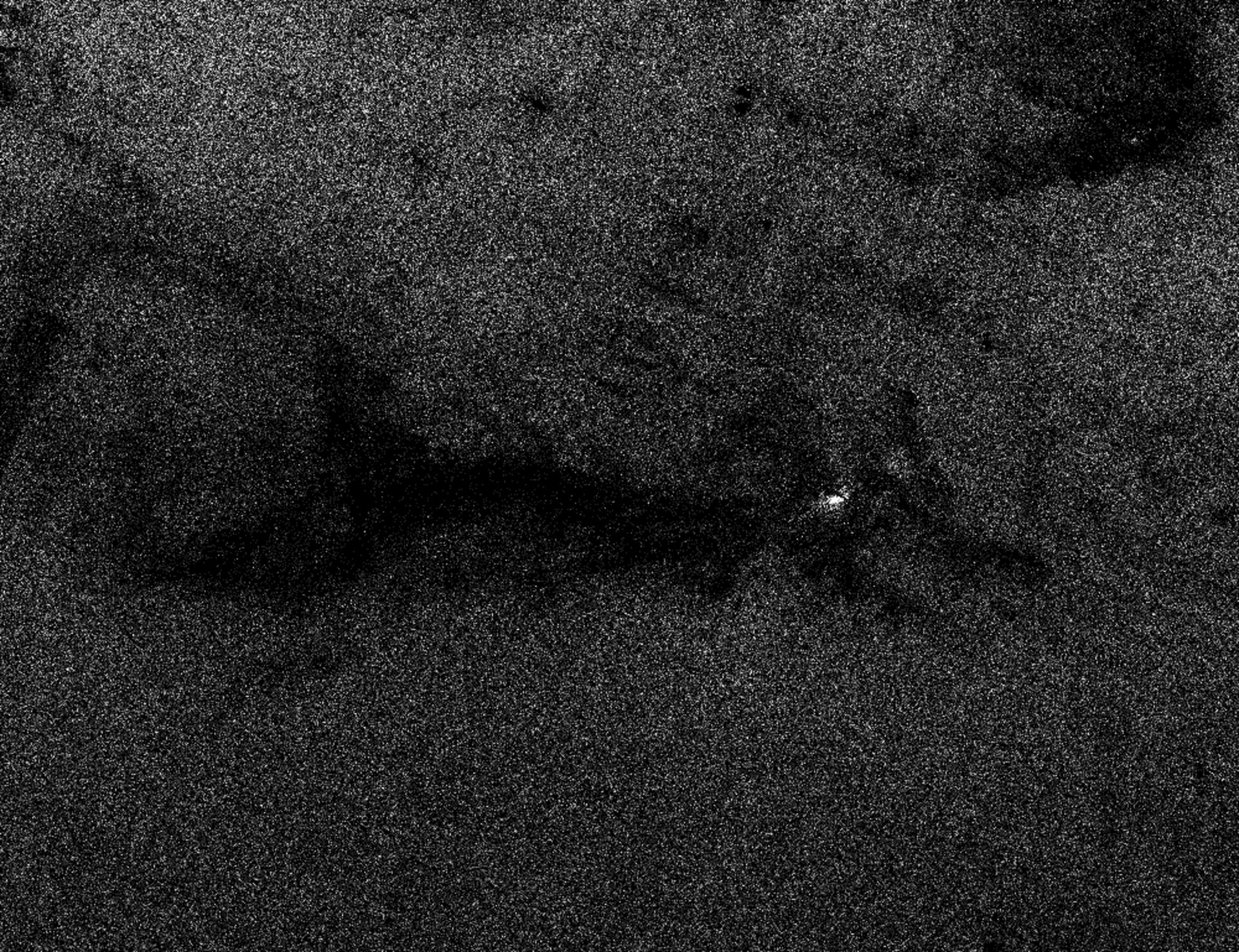 What is the first creature that comes to mind when you look at the dark cloud in this image? Perhaps a dark kitten with a vivid white nose, front paws stretching towards the right of the frame and tail up towards the left? Or perhaps a fox, running with its mouth open and looking ahead, its vigilant eyes pointing to the right?

In fact, this animal-themed shape belongs to a dark nebula, a dense cloud of gas and dust in the constellation of Orion, the Hunter, with the cat’s nose (or fox’s eye) corresponding to the Orion Nebula Cluster, a star cluster near the famous Orion Nebula, M42. The image is based on data from the first release of ESA’s Gaia satellite, and shows the density of stars observed while scanning that region of the sky.

While this particular nebula is not visible to the naked eye, similar clouds can be seen against the bright background of the Milky Way from dark locations in the southern hemisphere. Finding shapes in these dark nebulas is part of the astronomical tradition of various cultures, from South America to Australia, that include ‘dark cloud constellations’ resembling a variety of creatures in their firmaments.

Launched in 2013, Gaia has been charting more than a billion stars to unprecedented accuracy. This information is extremely valuable to astronomers who are studying the distribution of stars across our Galaxy.

Even in the dark patches where fewer stars are observed, Gaia’s meticulous census provides important information to study the interstellar material that blocks starlight. It is in these dark clouds of gas and dust that new generations of stars come to life.

The first data release from Gaia, published in 2016, contained the position on the sky of more than a billion stars, as well as the distance and motions of about two million stars. Astronomers worldwide are now looking forward to the next data release, planned for 25 April, which will include the distance and motions for the full sample of stars, greatly extending the reach of the previous survey.

So far, Gaia data have been used to study only the most nearby regions of star formation, within several hundred light-years of us. With the new data, it will be possible to investigate in great detail regions that are much farther away, like the Orion star-forming complex, located some 1500 light-years from us, and to estimate the 3D distribution not only of stars but also of the dusty dark clouds where stars are born.