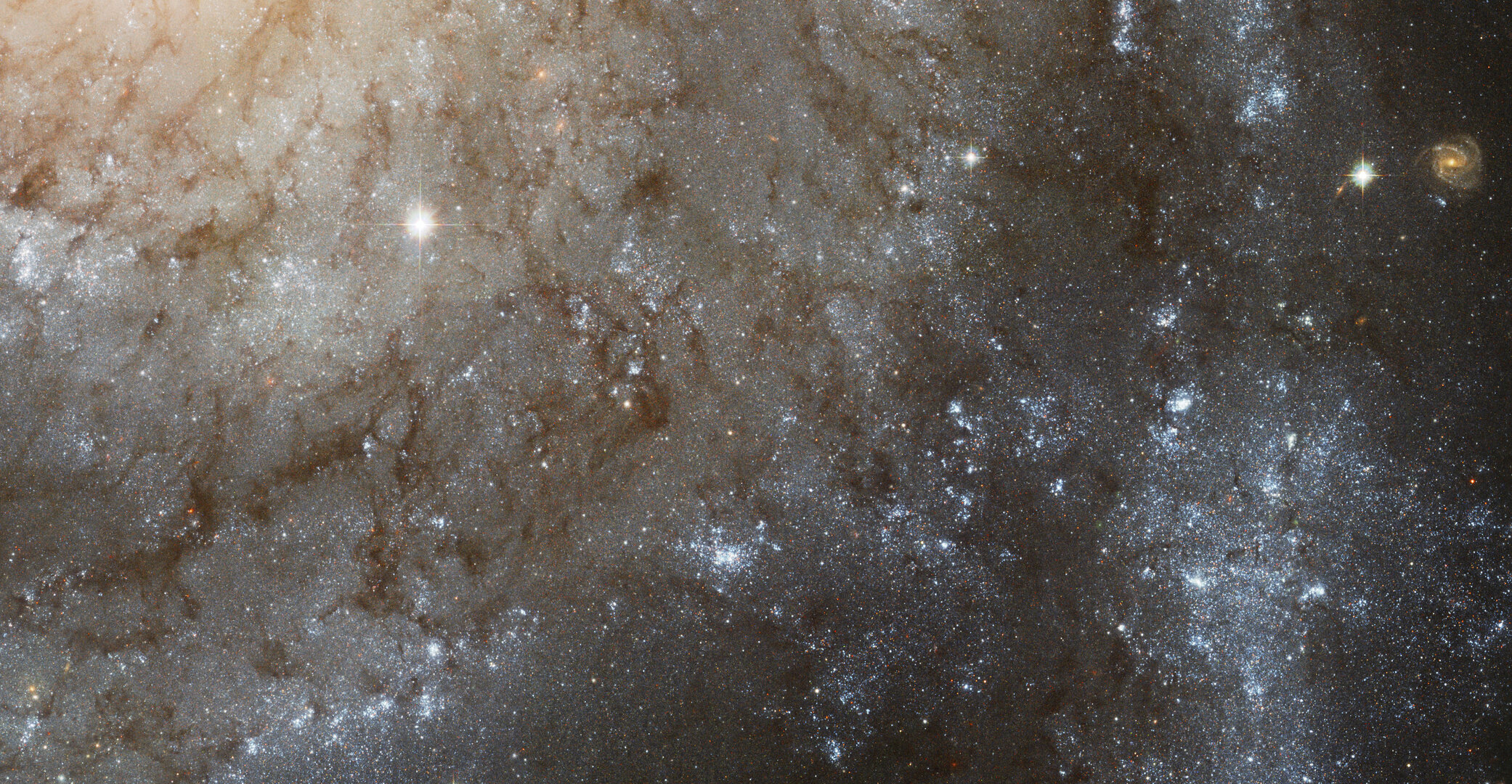 Several bright stars appear in this small section of M101 (also known as the Pinwheel Galaxy). They are in our own galaxy, superimposed in the line of sight and appear much brighter than the stars within M101 because they are so much closer. So too, a background spiral galaxy, millions of light-years behind M101, appears between two spiral arms.

The bright nucleus of M101 just off to the upper left appears brighter and redder than the rest of the galaxy seen in the image. Stars near the halo that surround the nucleus are older and redder compared to the blue, young, hot stars that delineate the spiral arms and populate the metropolitan-style star-forming regions.

This image, a portion of the full M101 Hubble mosaic, contains only Hubble data from blue, green and infrared filters taken in November 2002.