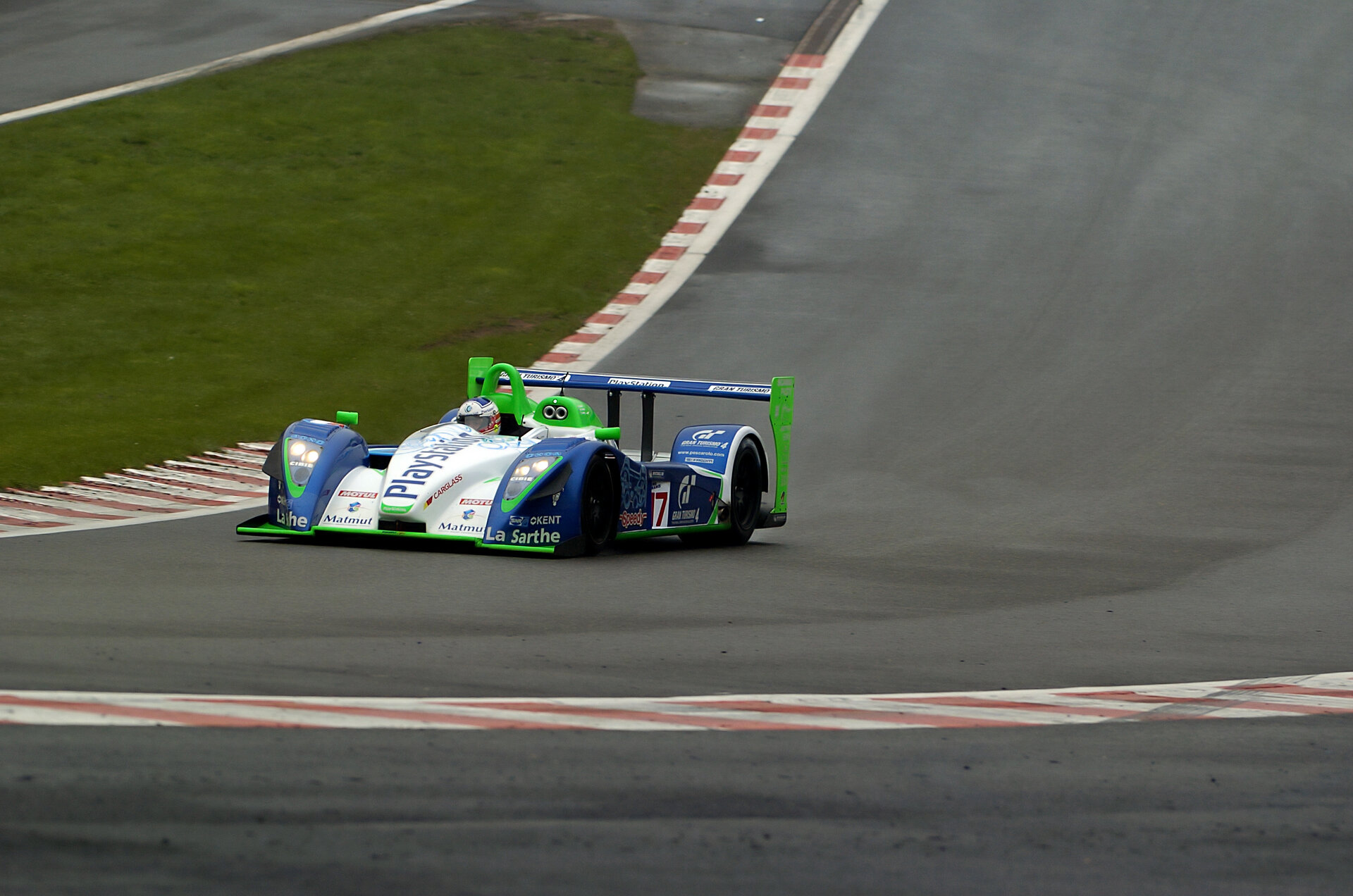 The custom-built top-performance Pescarolo racing cars that took part in the Le Mans series of endurance races in 2003, 2004 and 2005 were constructed using technologies developed for European space programmes. Advanced space technologies were used to improve the performance in three areas:

Here is seen the 2004 Pescarolo-Judd prototype at the Spa racing circuit 17 April 2005.