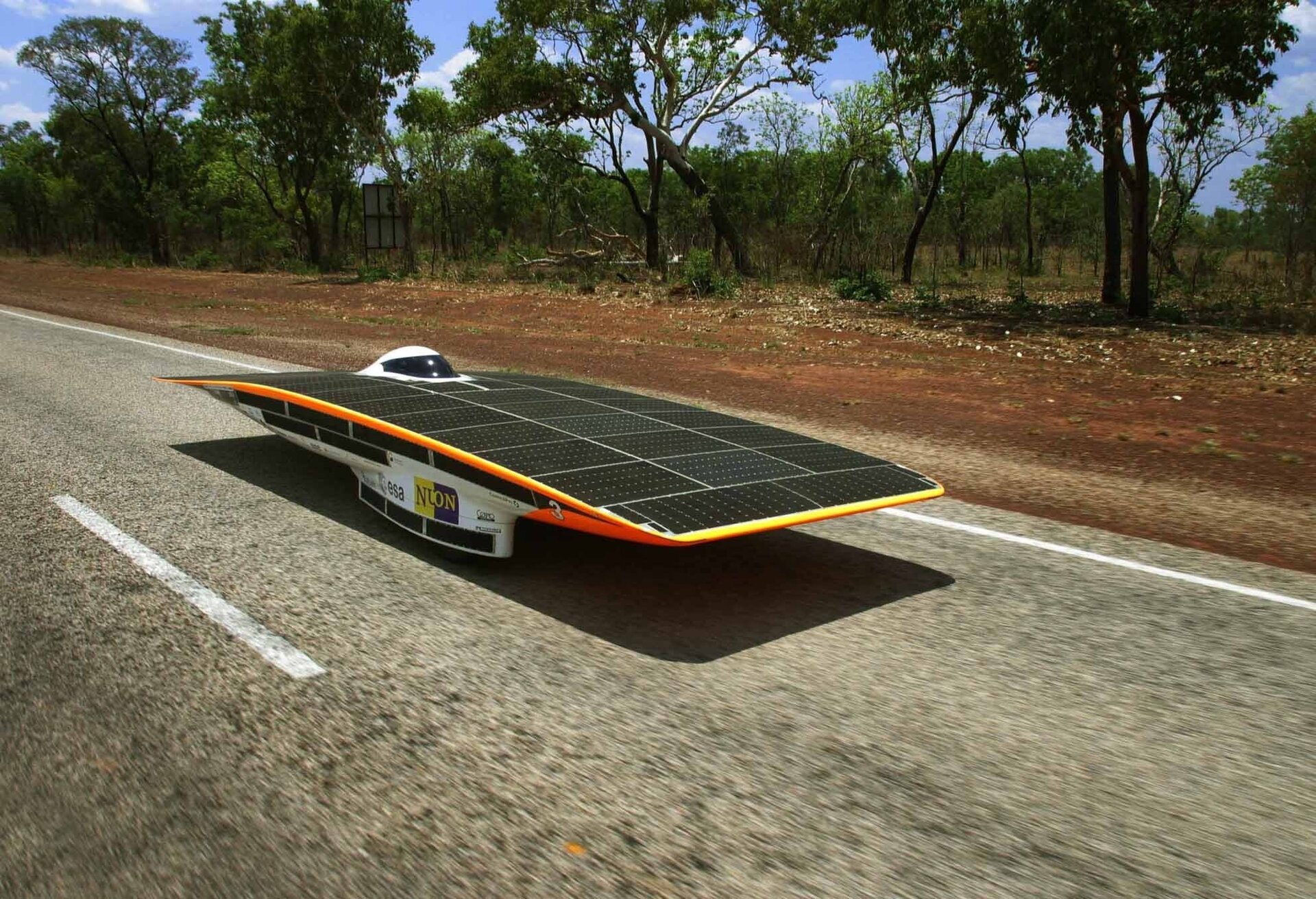 This high-tech racer Nuna II uses lightweight materials such as carbon fibres, synthetic resin and foam plastics, making up around one third of the total car. The aerodynamics and the technology used to join plastics were first used for space vehicles re-entering the Earth's atmosphere.
The picture shows driver Sten Swanenberg speeding at 120 km/h over the Stuart Highway in Australia.
Nuna II took the lead on the first day of the World Solar Challenge 2003 beating the previous record of 32 hours 39 minutes set by its precursor Nuna in 2001.