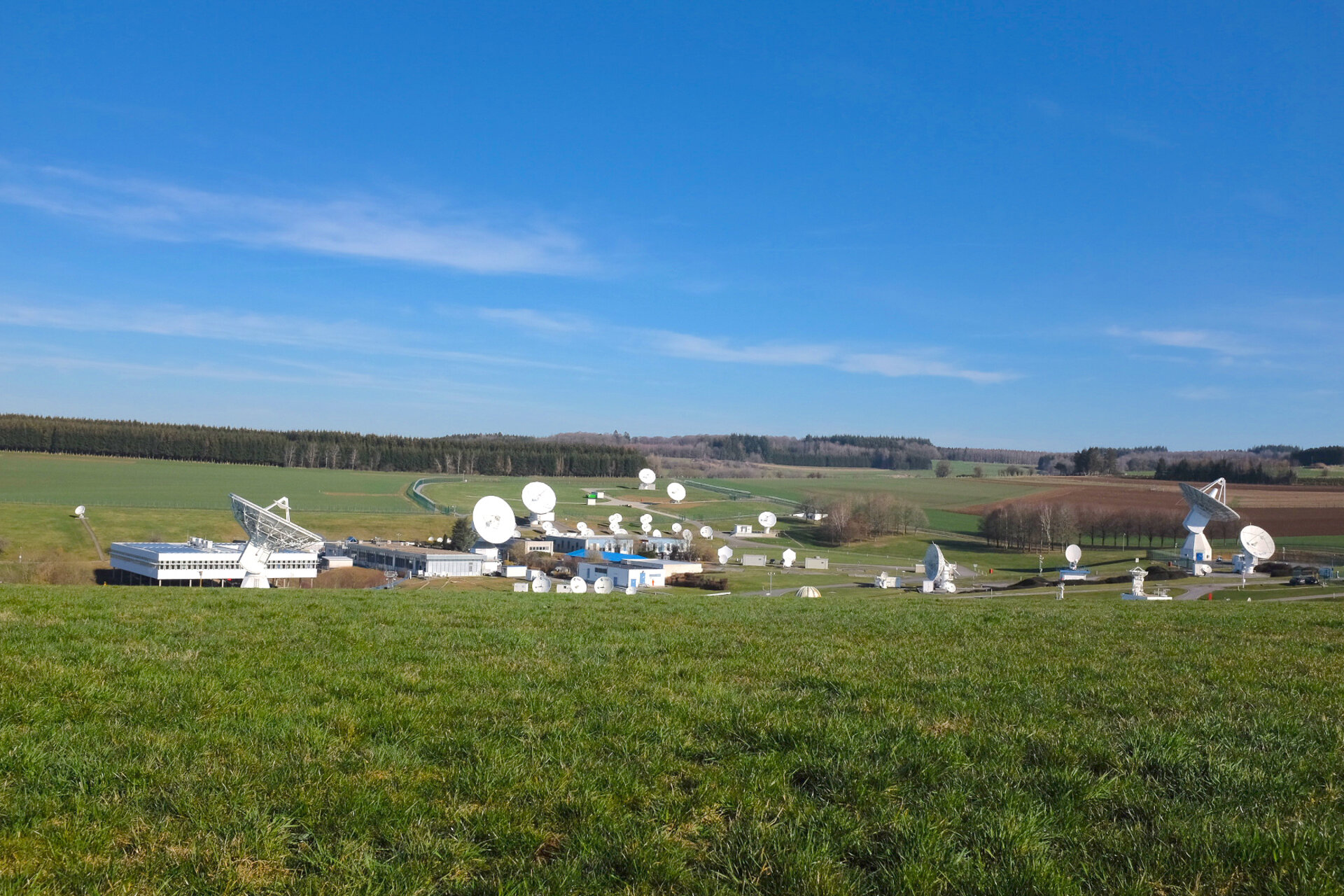 ESA ESEC, the European Space Security and Education Centre, at Redu in Belgium, is a centre of excellence for space cyber security services, home to ESA's Proba mission control centres, the Space Weather Data Centre, the ESA Education Training Centre (hosting permanent facilities dedicated to the training of school teachers and university students within the framework of the ESA Education programme) as well as part of ESA’s ground station network.

The centre has been operational since 1 January 1968. It occupies an area of 29 000 sq m, of which 3000 sq m are developed. Technical areas include control centres, technical equipment rooms and antenna bunkers.

ESEC provides S-band links for ESA’s network of ground stations, as well as in-orbit testing (IOT) for telecommunication and navigation satellites for which hosts all the facilities used to test the Galileo signal.

The site hosts 43 steerable antennas operating in a variety of frequency bands (S, Ku, Ka, L, C bands). The largest antennas are Galileo IOT L-band (20 m), Estrack S-band (15 m) and TMS-1M Ka-band (13.5m). The 20 m L-band, 4.5 m C-band and UHF antennas for Galileo IOT are now joined by other antennas moved from Luxembourg: 15 antennas of various sizes, including a 13 m Ku-band dish will be maintained as backup for the facilities of the satellite operator SES in Betzdorf, Luxembourg.

In 2014 and 2017, two new 9.5 m antennas have sprung up at ESEC, a Ka-band used in the EDRS programme and an X-band deserving LUXGOVSAT, a Luxemburgian initiative to provide satellite governmental communications.

Since March 2016, ESEC has hosted part of the ESA Education programme. It has welcomed participants to the ESA Academy Training and Learning Facility, where, in collaboration with university academic institutions, ESA works to transfer expertise, knowhow and best practices to European university students.

This education offer for university students is complemented by the e-technology lab (formerly e-robotics lab), which provides training to primary and secondary school teachers in the use of a space environment to teach and learn technology and science.

In 2019, ESEC is also planned to become a European reference centre for cyber security services, operated by industry with ESA being the ‘catalyser’ of the interests in cyber security and the owner of the part related to space.

Moreover, ESA has also accepted the offer from IDELUX, a public company dedicated to developing the Belgian Luxembourg Province, to host the ESA Education activites in its Galaxia centre where the ESA BIC Wallonie Redu (opened in 2012) and the Galileo Logistic Centre are already based.

This means that ESEC can concentrate its operational and cyber security activities in Redu and that the educational activities can better develop in Galaxia.

Since 2007 Redu Space Services S.A. provides maintenance and operation services in ESEC, as well as facilities management services. Other companies are present in ESEC for different activities such as RHEA, Vitrociset Belgium, EPB and Creaction. Particularly RHEA and Vitrociset Belgium constitute the consortium that has provided the first cyber-security demonstration facility in ESEC.