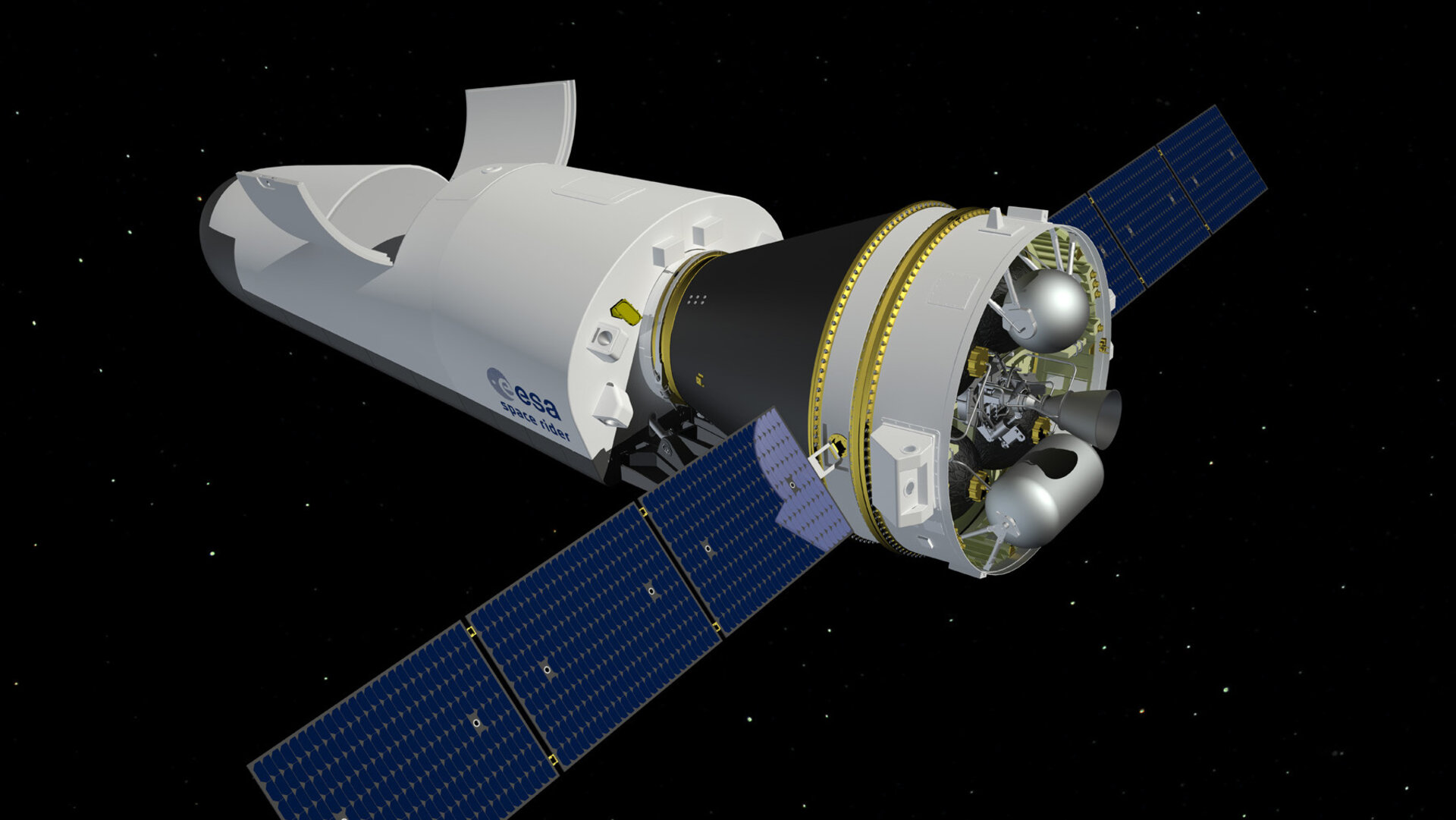 Space Rider aims to provide Europe with an affordable, independent, reusable end-to-end integrated space transportation system for routine access and return from low orbit. It will transport payloads for an array of applications, orbit altitudes and inclinations.

Space Rider is fully integrated with Vega-C to provide a space laboratory for payloads to operate in orbit for a variety of applications in missions lasting about two months.

Space Rider will have the potential to allow:

It is capable of carrying multiple missions for different applications on each flight. Payloads that are integrated with the payload bay can benefit from a high-tech platform for experiments in space.

Space Rider will be launched on Vega-C from Europe’s Spaceport in Kourou, French Guiana, remain in space in a low-drag altitude orbit for about two months, return to land on Earth with its payload, and then be prepared for the next mission.

Space Rider is designed to operate at different orbital inclinations, from equatorial to high-latitude. The Azores archipelago is therefore a suitable European landing location for missions that require high-latitude inclinations because it allows Space Rider to return at the same latitude as its operational orbit, requiring fewer deorbiting manoeuvres.

With the objective to define and develop an affordable and competitive Space Rider system, both development non-recurring and exploitation recurring costs aspects are being considered.

To reduce development costs, technological synergies and commonalities between Space Rider and Vega launch systems are being implemented, enabling participating States to invest in one technology development and benefit in further programmes and applications.

To maximise competitiveness and minimise the recurring cost of each mission, Space Rider is fully or partially reusable, has a limited size, and requires minimal refurbishment allowing expensive components of the mission to be reused.

The launch system is based on Vega-C to allow an end-to-end European mission with minimum launch service cost.

Phase-B1 was completed with the system requirements review board meeting on 21 December 2017.

Activities for Phase-B2 started on 25 January 2018 and were completed with the preliminary design review board meeting on 20 December 2018 concluding that the project is technically sound. This marked the start of activities for Phase-C and the initiation of the final design of the vehicle.

Increasing the volume of the multipurpose cargo bay is a priority to allow for more or larger payloads on each mission. Another focus is to refine the mission operations and the requirements for the ground segment together with the consolidation of the business plan on exploitation.