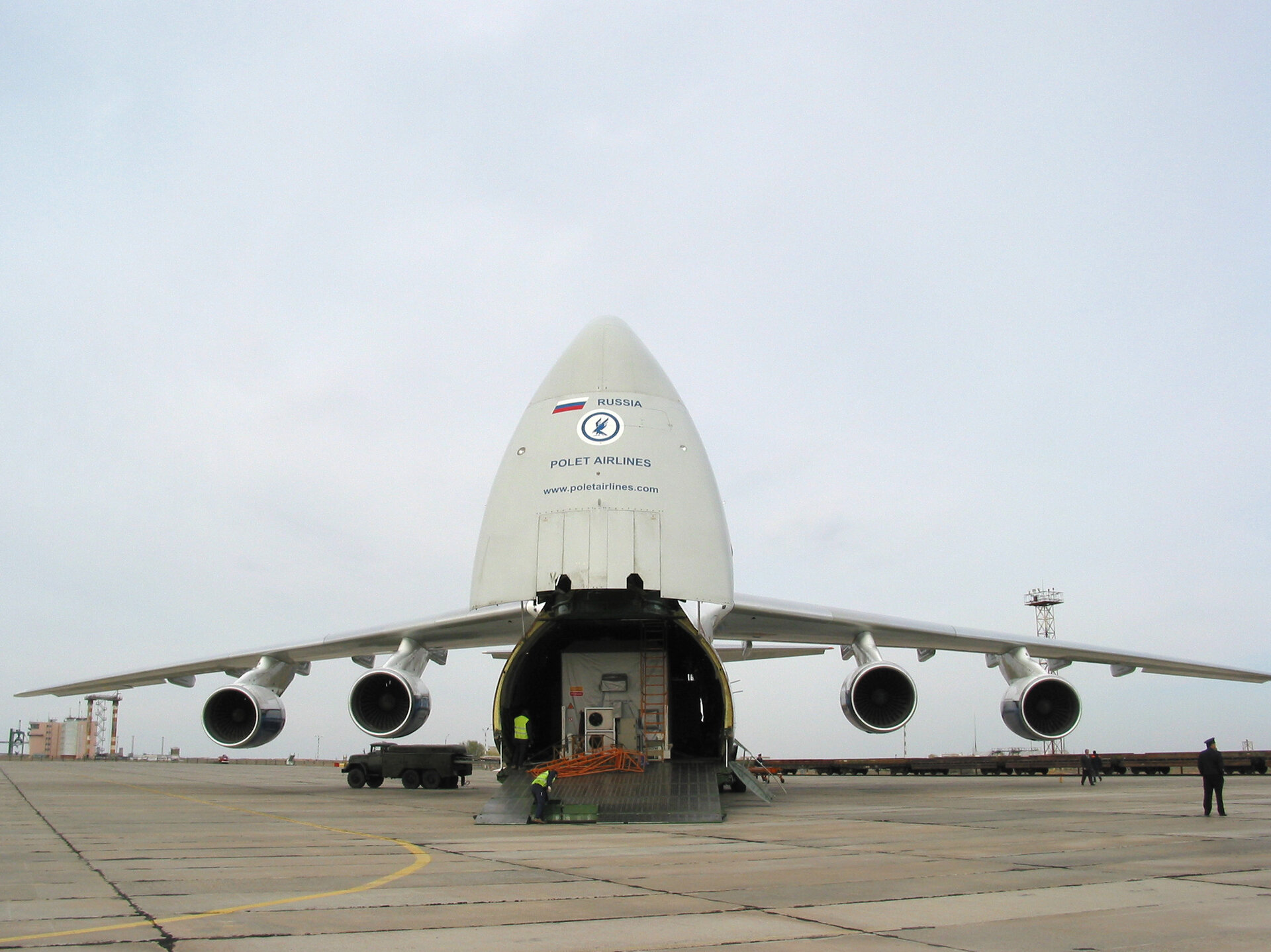 The first MetOp meteorological satellite arrived on 18 April 2006 at its launch site, the Baikonur Cosmodrome in Kazakhstan, on board an Antonov-124 transport plane.

MetOp-A is the first in a series of three polar orbiting satellites dedicated to operational meteorology and climate studies. It was launched on 19 October 2006 from the Baikonur Cosmodrome in Kazakhstan, on a Soyuz ST rocket with a Fregat upper stage.