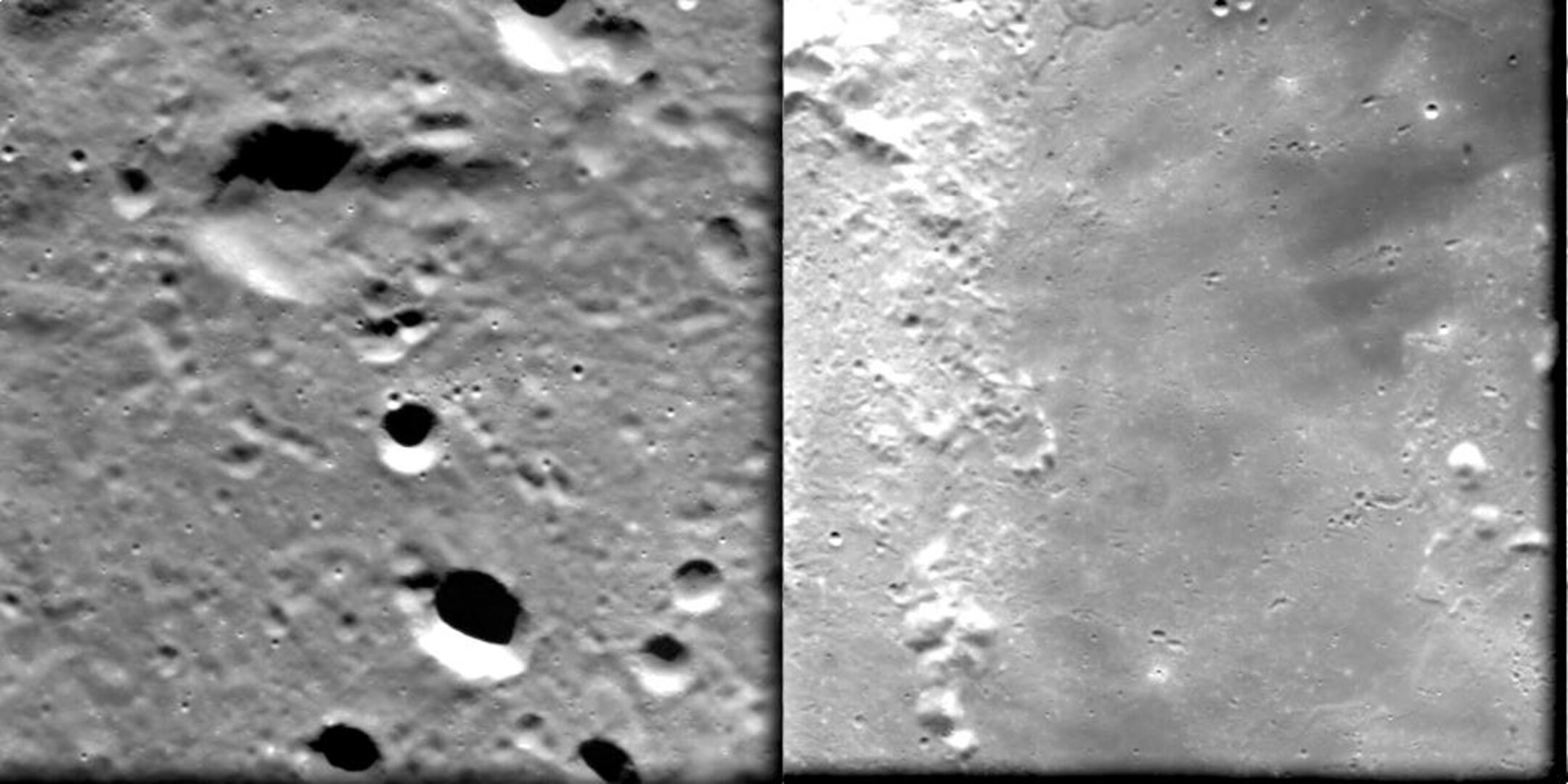 Highlands and 'mare' seen by SMART-1

These two images, taken by the advanced Moon Imaging Experiment (AMIE) on board ESA’s SMART-1 spacecraft, show the difference between lunar highlands (left) and a ‘mare’ area (right) from close by. Highlands present a very irregular topography and many craters, while the mare area is comparatively flat and shows a much smaller number of craters.

The first image, showing highlands, was obtained by AMIE on 22 January 2006, from a distance of about 1112 kilometres from the surface, with a ground resolution of 100 metres per pixel. The imaged area is centred at a latitude of 26º South and at a longitude of 157º West.

The second image, showing a mare, was taken on 10 January 2006, from a distance of about 1990 kilometres and with a ground resolution of 180 metres per pixel. The geographical coordinates of the area are 27.4º North latitude and 0.8º East.