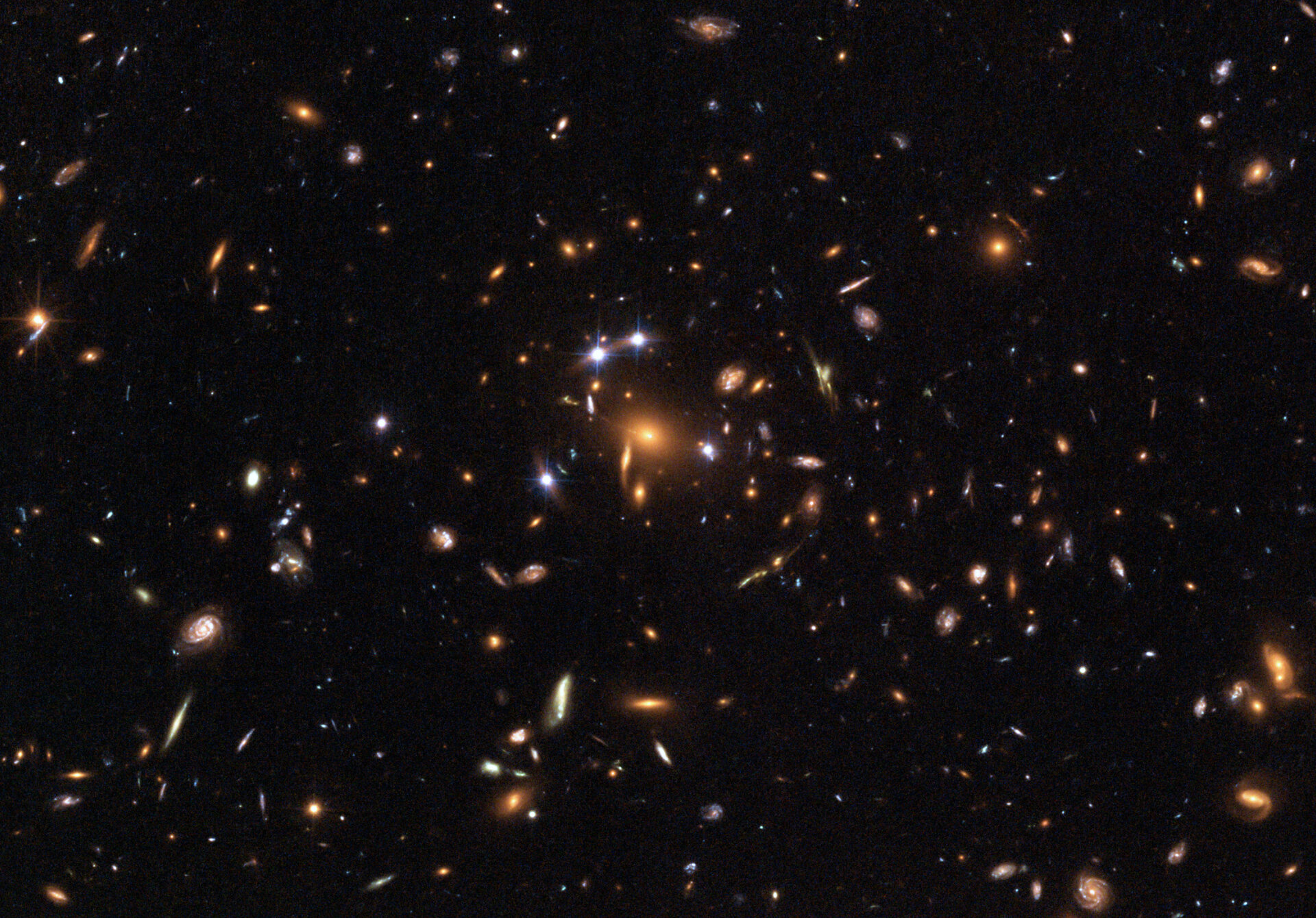 This NASA/ESA Hubble Space Telescope image is the first-ever picture of a distant quasar lensed into five images. The five quasar images are produced in a process called 'gravitational lensing', in which the gravitational field of a massive object - in this case, a cluster of galaxies - bends and amplifies light from an object - in this case, a quasar – farther behind it.

Although other multiply lensed quasars have been seen before ( for instance in the object known as the 'Einstein Cross'), this newly observed 'quintuple quasar' is the only case so far in which multiple quasar images are produced by an entire galaxy cluster acting as a gravitational lens.