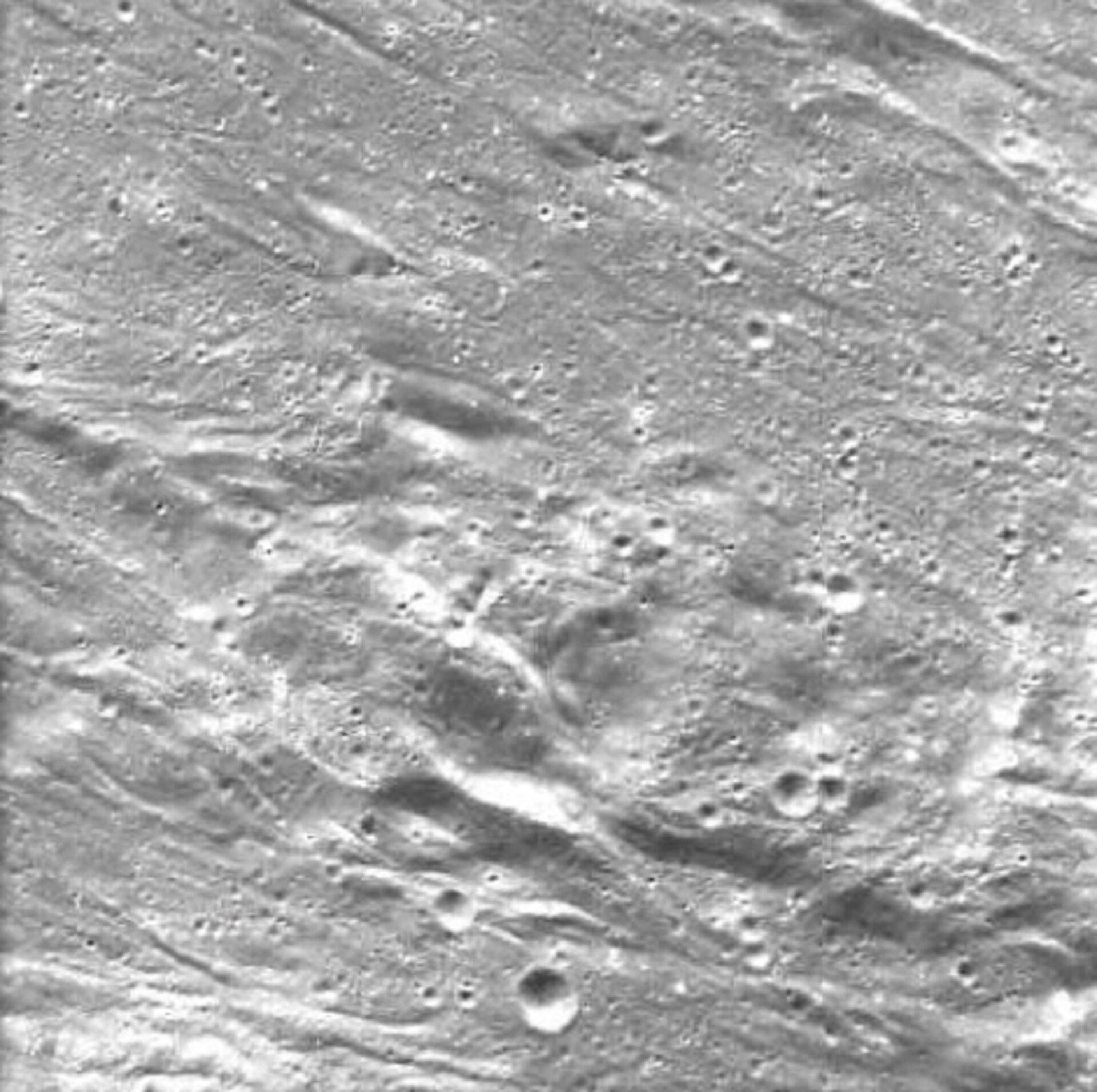 This image, taken by the Advanced Moon Imaging Experiment (AMIE) on board ESA’s SMART-1 spacecraft, shows Elongated ejecta debris from the giant Orientale impact basin on the Moon.

Like a target ring bull's-eye, the lunar mare Mare Orientale (the 'eastern sea') is one of the most striking large scale lunar features. This impact basin is located on the extreme western edge of the visible side of the Moon, and it is difficult to see from Earth. Basin ejecta begins just outside the Montes Cordillera and extend up to 500 kilometres beyond the base of the mountains. This ejecta feature has a rough texture and contains linear patterns that point back at the centre of Orientale.