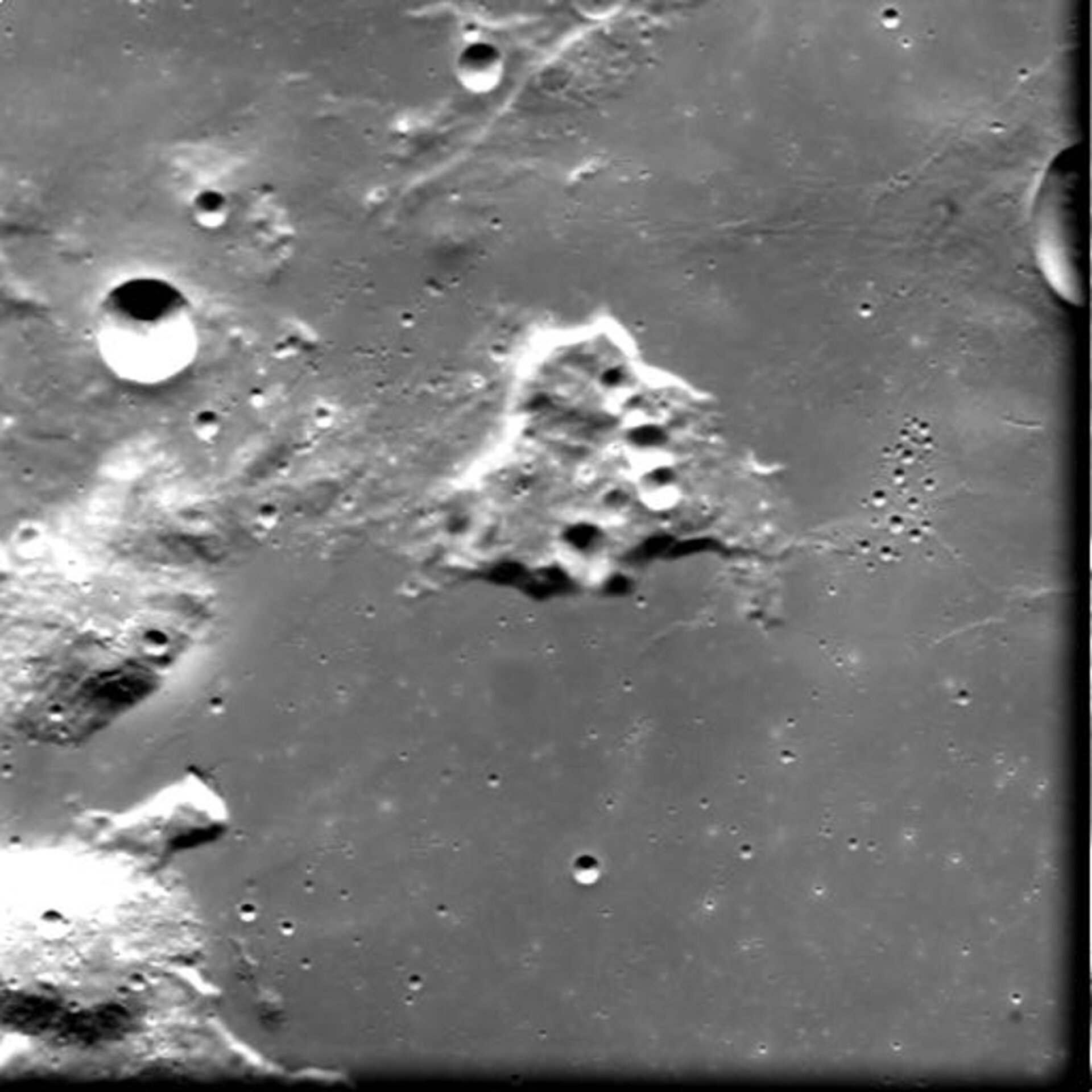 Gruithuisen area on the Moon as seen by SMART-1

This image, taken by the advanced Moon Imaging Experiment (AMIE) on board ESA's SMART-1 spacecraft, shows the Gruithuisen area on the Moon.

AMIE obtained this sequence on 1 January 2006, from a distance of about 2154 kilometres from the surface, with a ground resolution of 195 metres per pixel. The area shown in the image is centred at a latitude of 34.8º North and longitude 40º West.