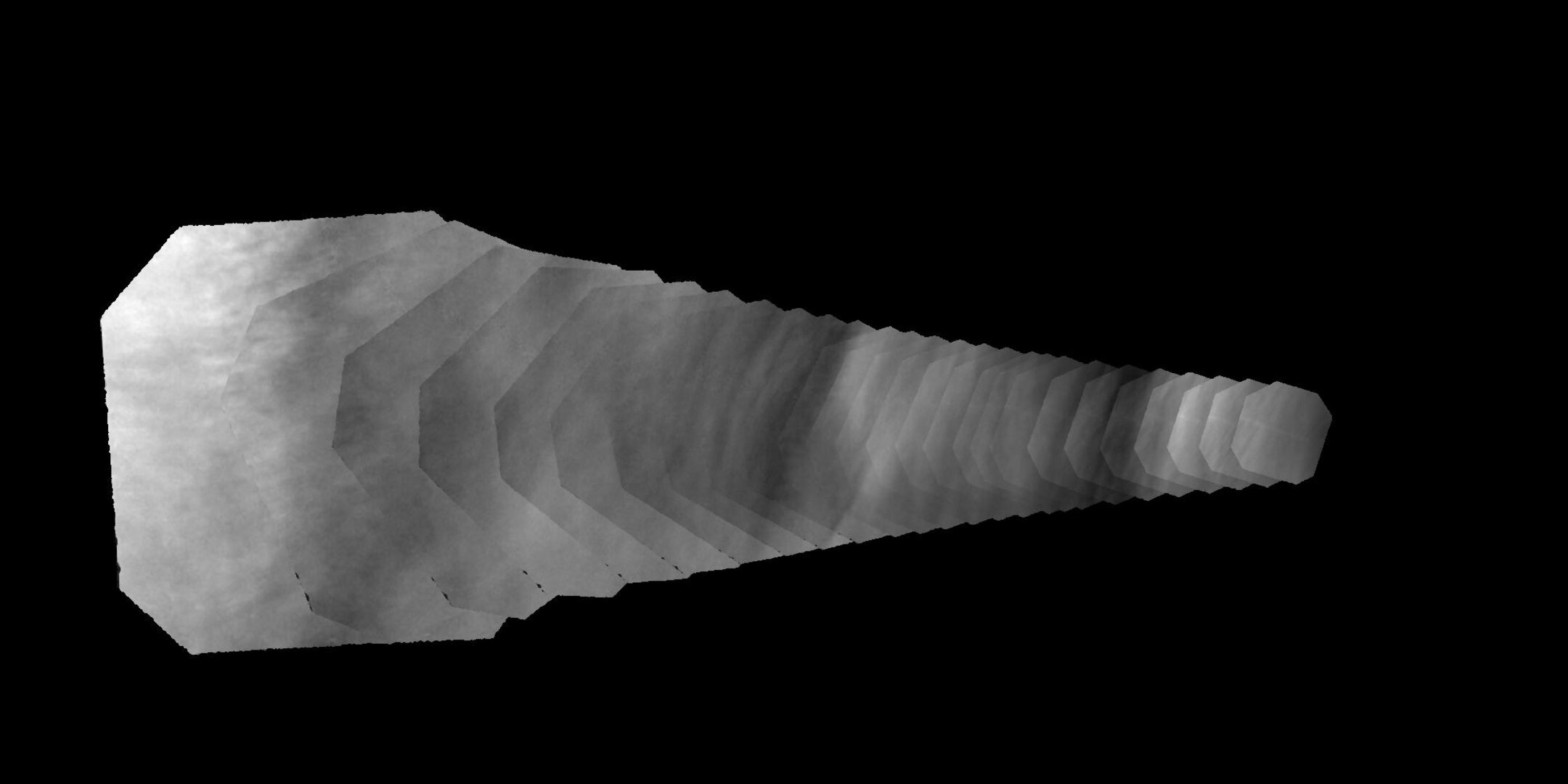 This mosaic is composed of ultraviolet images taken by the Venus Monitoring Camera (VMC) on board ESA’s Venus Express spacecraft on 24 April 2006, when the spacecraft was flying over the northern hemisphere, at distances ranging between 7505 and 1570 kilometres over the surface.

The original images (taken at a wavelength of 365 nanometres) were projected on geographical coordinates. While flying over the cloud deck at high speed (from left to right), Venus Express got closer to the deck itself and obtained ever more detailed images (see right-hand side).

The sequence allows a first qualitative analysis of the cloud structures. Low-contrast stripe-features are visible, possibly due to the presence of strong winds that produce elongated structures. Set of periodic ‘wave’ patterns in the clouds, possibly due to the local variation of temperature and pressure, or to a kind of tidal forces in action at Venus, can also be seen.

The mysterious ‘UV absorbers’, ultraviolet markings on the cloud top, are visible as darker features in this mosaic. They are so called because they absorb almost half of the solar energy received by the planet. The mysterious substance that causes this absorption still represents a true puzzle for the scientists.

Differently from Earth and other planets, Venus absorbs only the ultraviolet radiation coming from the sun, while it scatters most of the rest of the solar radiation. This is the reason why Venus appears so bright in the sky (high ‘albedo’).