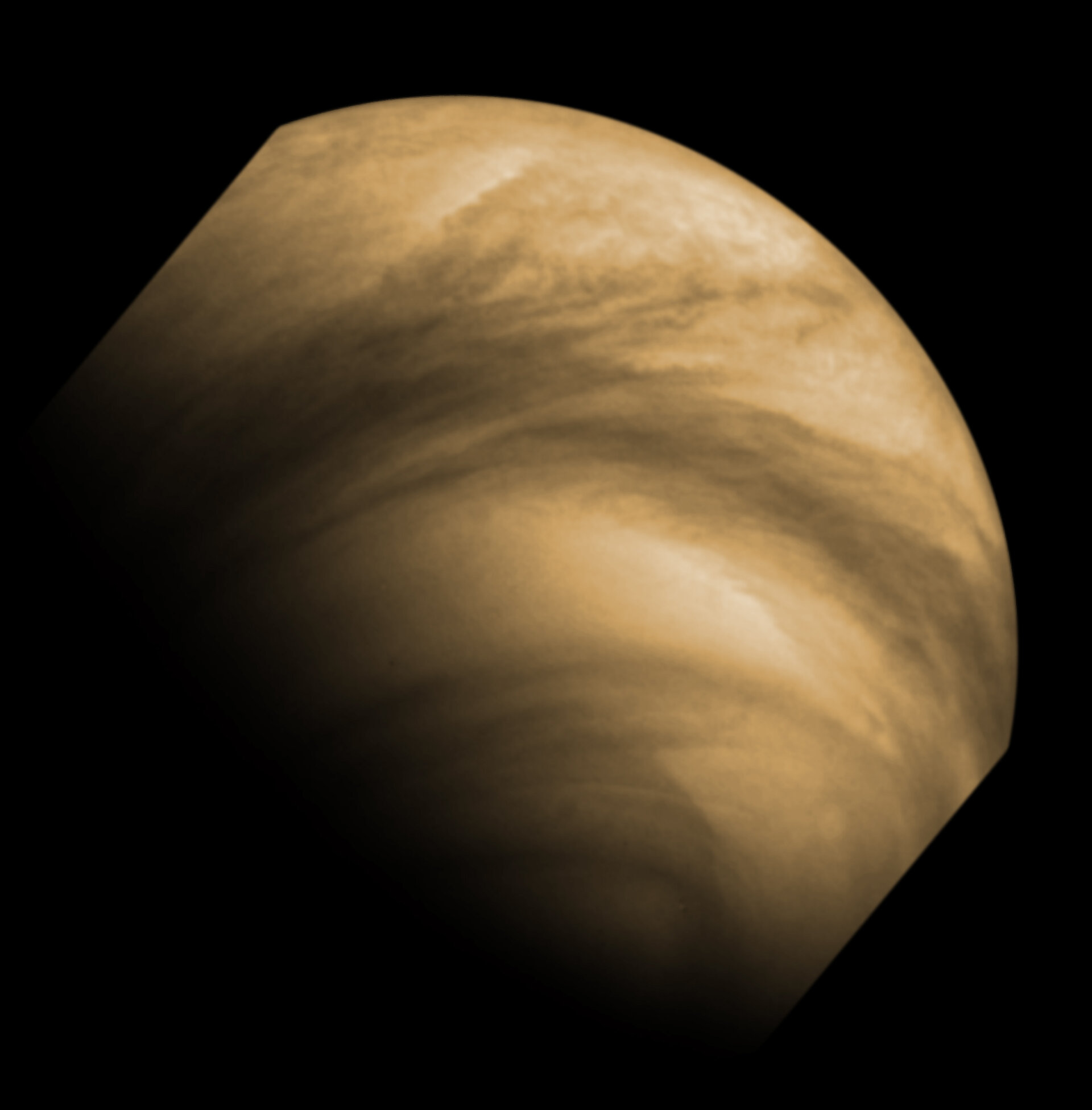 False-colour image of cloud features seen on Venus by the Venus Monitoring Camera (VMC) on Venus Express. The image was captured from a distance of 30 000 km on 8 December 2011.
The VMC was designed and built by a consortium of German institutes lead by the Max-Planck Institute for Solar System Research in Katlenburg-Lindau.

Venus Express has been in orbit around the planet since 2006.