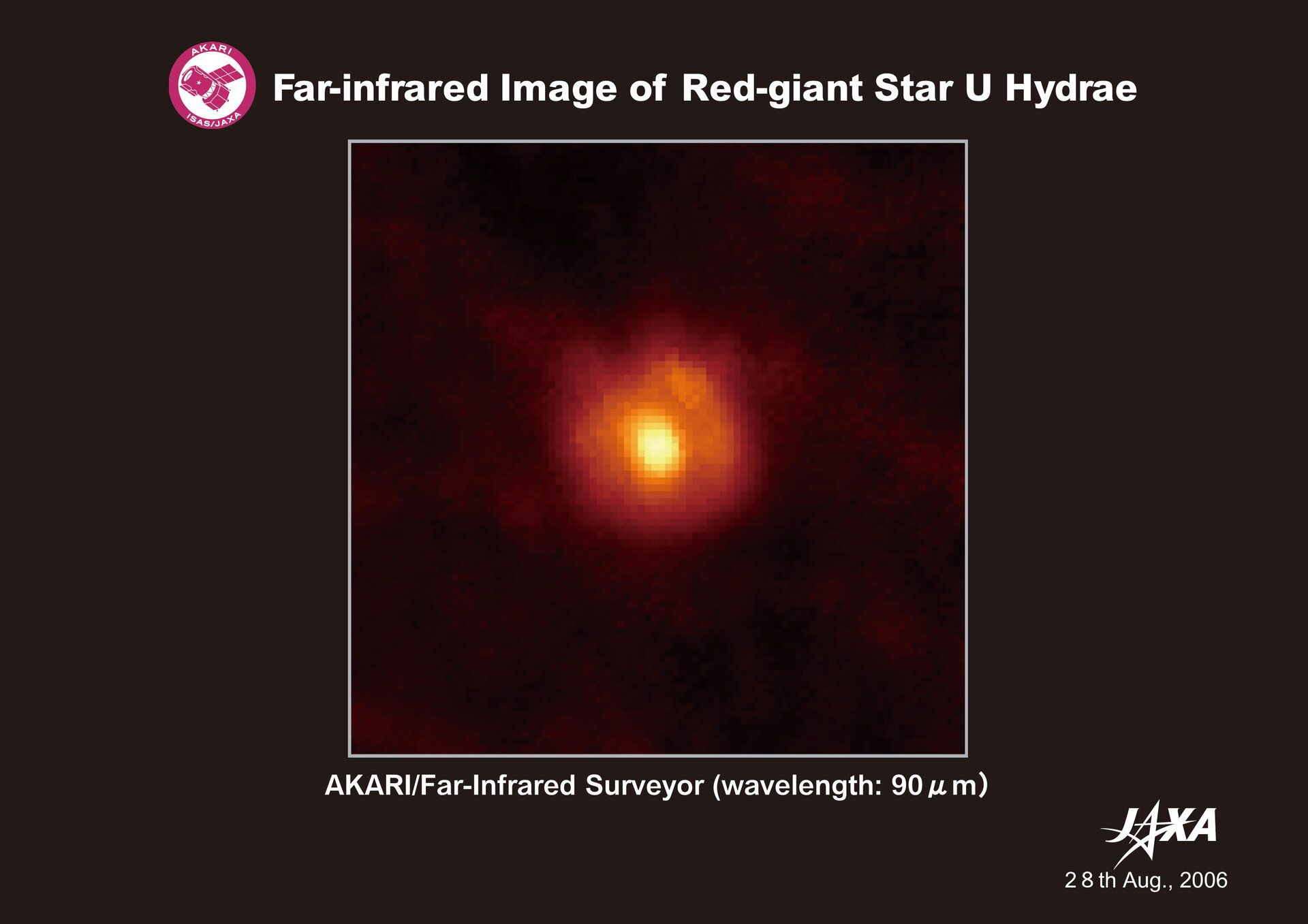 This far-infrared image (90 micrometers wavelength) shows the red giant star ‘U Hydrae’ as viewed by AKARI’s Far-Infrared Surveyor (FIS) instrument. This star is located at about 500 light years from our Sun. AKARI’s observations have revealed very extended clouds of dust surrounding this star.

Stars with masses close to that of our Sun will expand during the later stages of their life becoming so-called ‘red-giant’ stars. During the final phase of their life such stars often eject gas from their surface into interstellar space - dust is formed in the ejected gas, and this mixture of gas and dust expands and escapes from the star. AKARI's superior quality and high-resolution imaging allowed the clear detection of a shell-like dust cloud surrounding U Hydrae at a distance of about 0.3 light years from the central star. This implies that a short and violent ejection of mass took place in the star about 10 000 years ago.