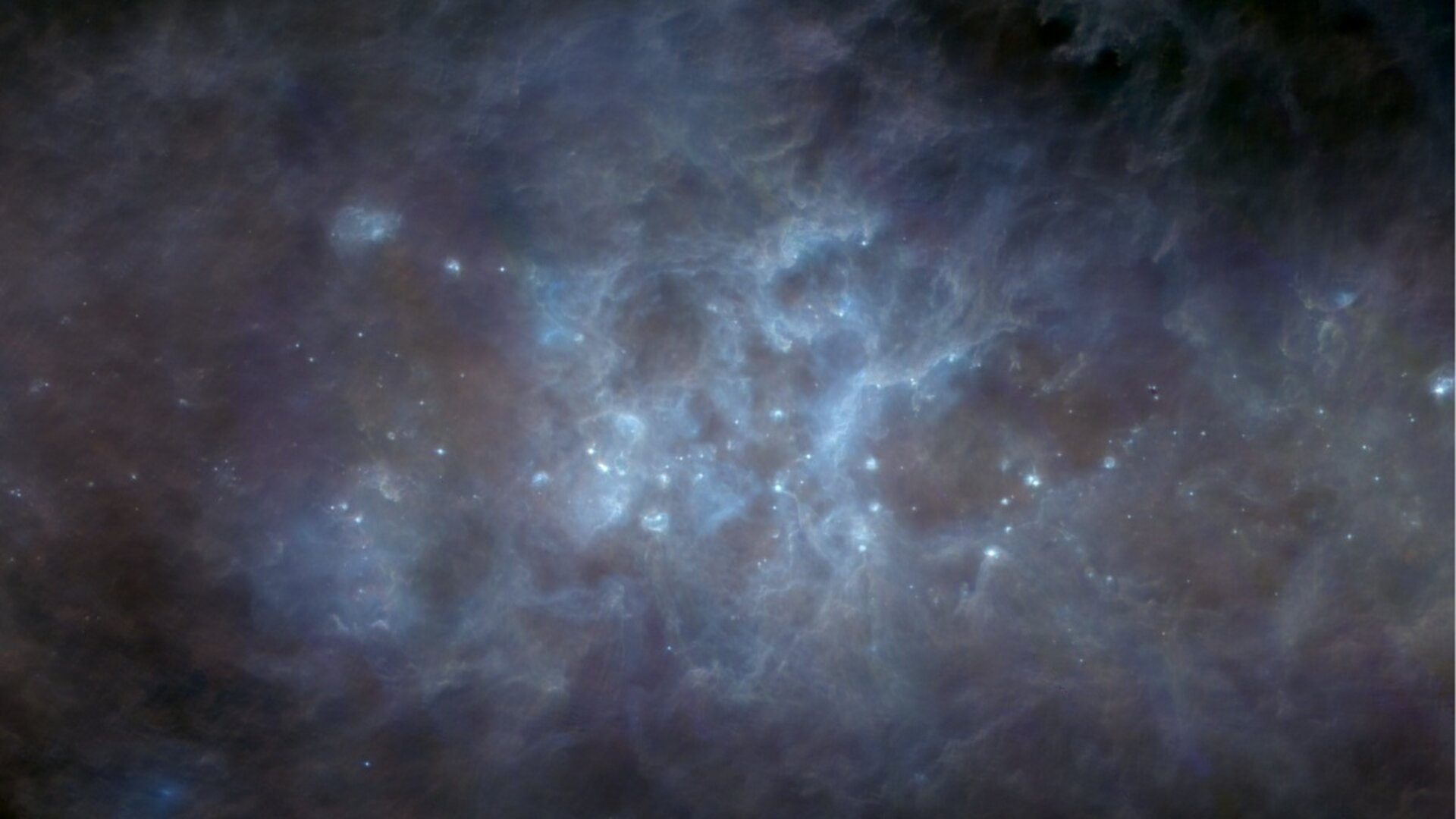 Akari view of the Cygnus region in the Milky Way

The constellation of Cygnus is one of the most recognisable in the northern hemisphere. During the summer months, the stars of its long neck stretch along the Milky Way and its wings sweep from side to side.

Switch to the invisible wavelengths of the far-infrared and the Milky Way’s river of stars disappears to reveal tendrils of cold dust. Shown here, in this image from Japan’s Akari space observatory, are the central regions of Cygnus, and it can be seen that the Milky Way displays a rich stock of dust.

Far-infrared light is the key wavelength range for investigating stars and planet formation. When the interstellar medium gathers together under the attraction of its own gravity, it forms a giant molecular cloud. These can be hundreds of light-years across. Denser parts, just a few tenths of a light-year across, are known as molecular cloud cores. These are where stars and planets form.

Akari images, such as this one, are the only images in which scientists can closely examine the entire giant molecular cloud with the resolution of a molecular cloud core.