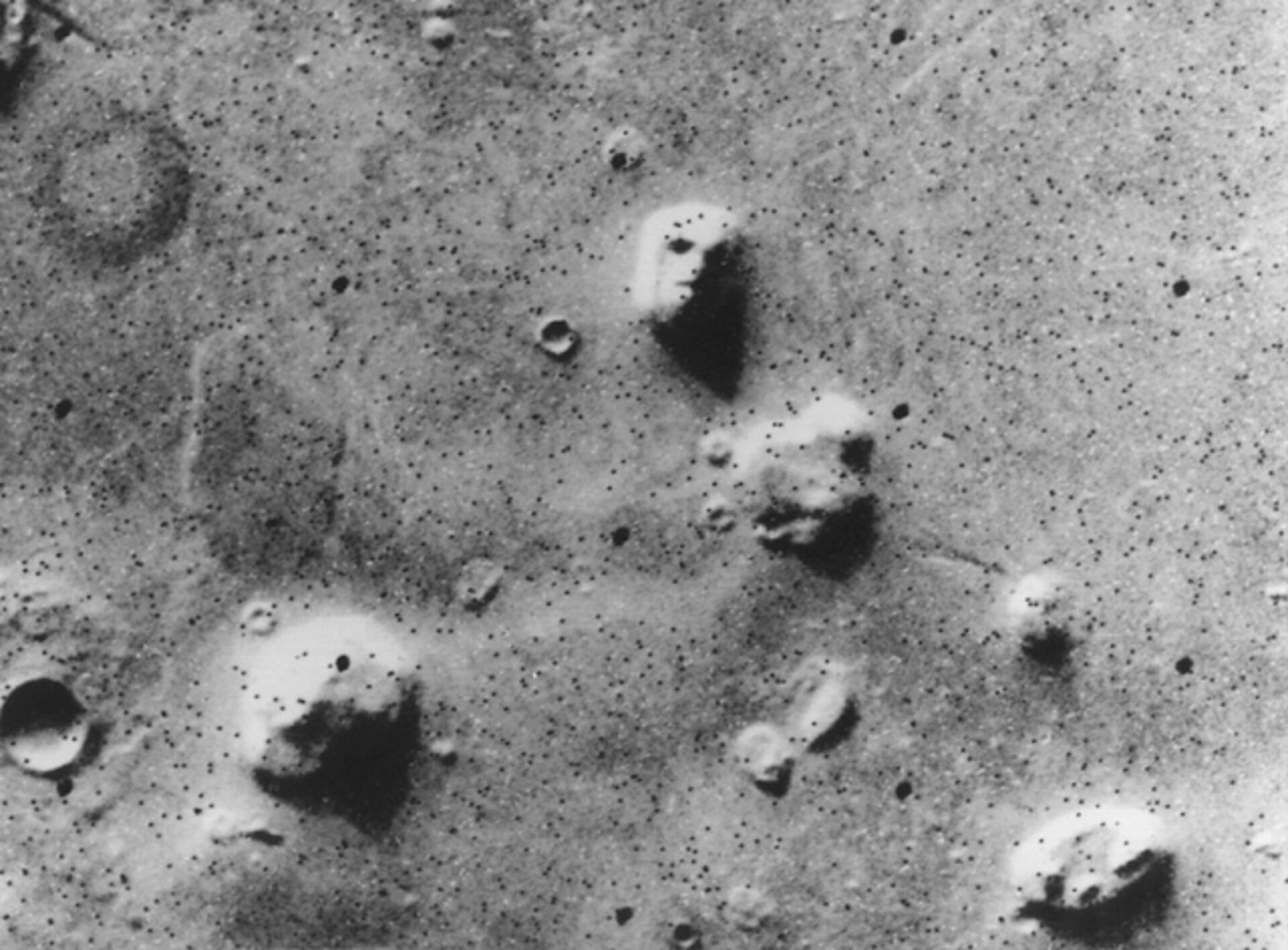 'Face on Mars' illusion as seen by Viking 1

On 31 July 1976, a NASA press release said the formation "resembles a human head." However, NASA scientists had already correctly interpreted the image as an optical illusion caused by the illumination angle of the Sun, the formation's surface morphology and the resulting shadows, giving the impression of eyes, nose and mouth.