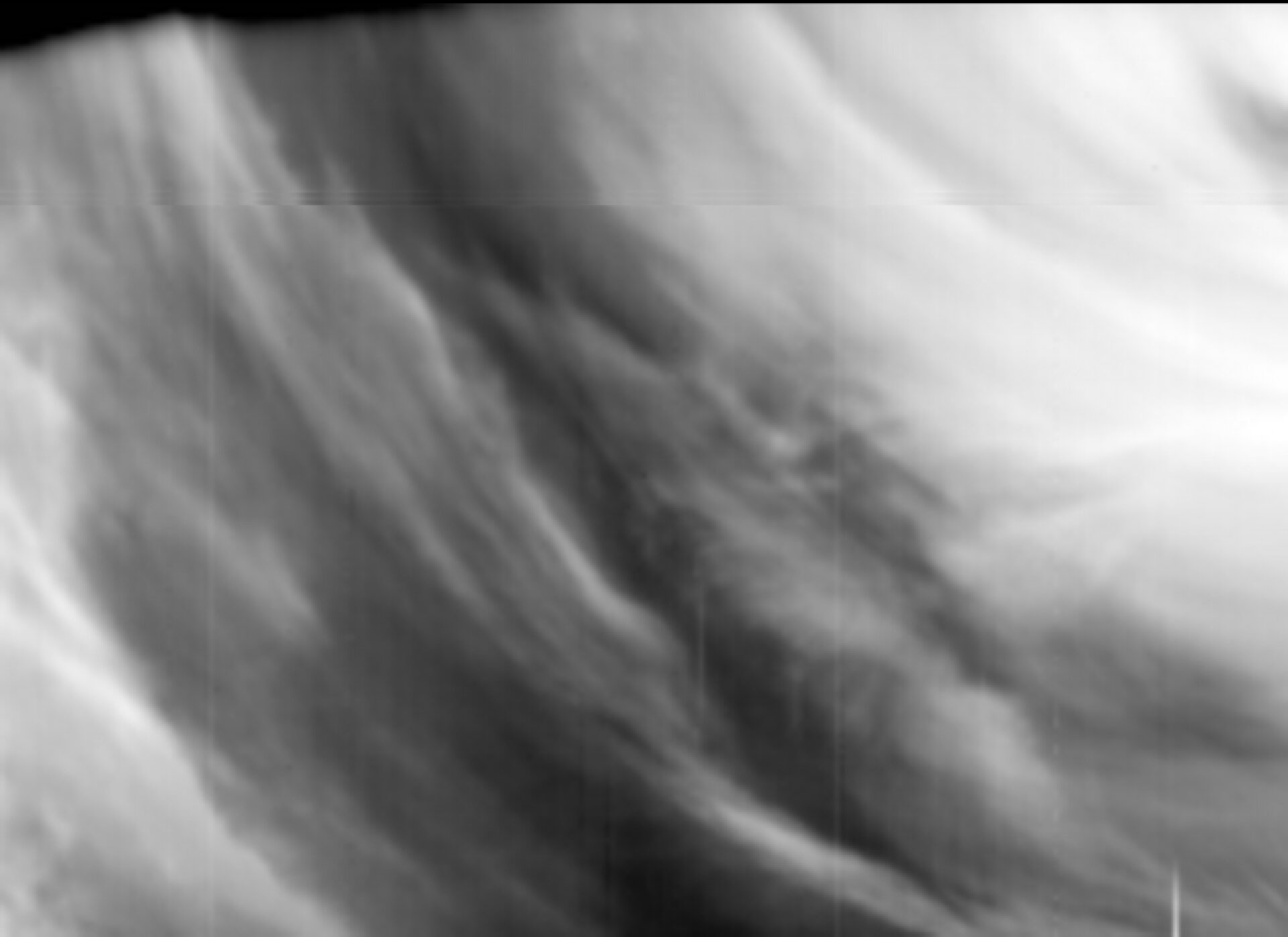 This picture of the Venusian atmosphere is the 'negative' of a night-side infrared image acquired by the VIRTIS instrument on board ESA's Venus Express on 29 July 2006, from a distance of about 65 000 kilometres from the surface.

At the centre of the image, taken at 2.3-micrometre wavelength, it is possible to see a large cloud extending toward the bottom-right part of the view. The cloud is about 2000 kilometres long and 500 kilometres wide. It presents the peculiar elongated shape of clouds at Venus, which is due to high-speed winds.

The very cloudy region visible at the top-right of the image is situated beyond 60º South latitude, and represents the transition to the region where the atmosphere is dominated by the effects of the powerful South double polar vortex.