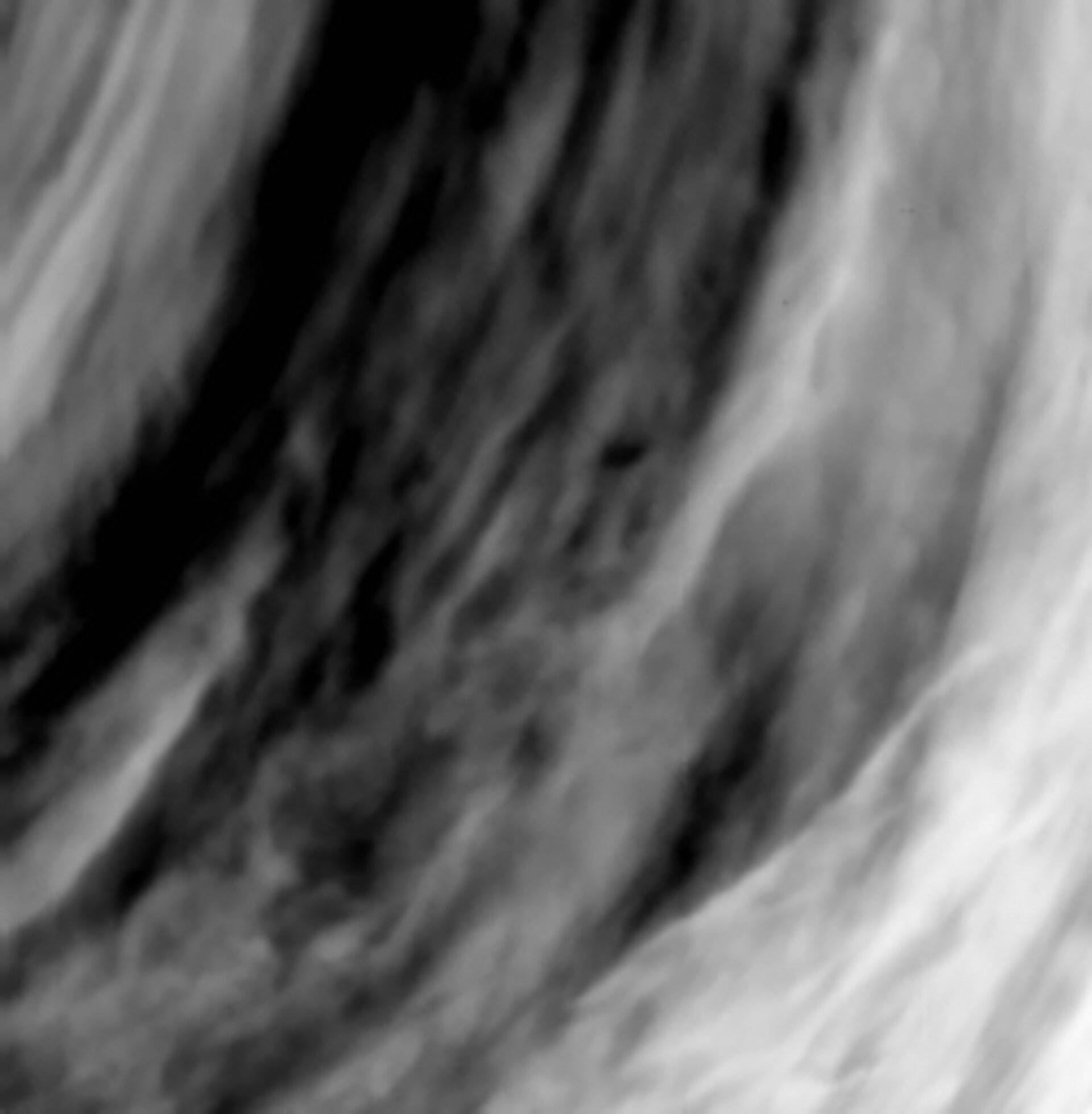 Close-up on cloud structures on Venus

This image of the Venusian south polar region was acquired on 24 September 2006 by the Ultraviolet, Visible and Near-Infrared Mapping Spectrometer (VIRTIS) on board ESA’s Venus Express, from a distance of about 53 000 kilometres from the planet’s surface.

The image, taken on the night-side of Venus at a wavelength of 1.7 micron, shows waves structure (faint light vertical streaks at the lower left part of the dark band in the centre-left side of the image) and a highly turbulent region (bottom left).

The Alpha Regio area is at the bottom left of the image. This area is characterised by a series of troughs, ridges, and faults that are oriented in many directions, with surface features that can be up to 4 kilometres high. It is not yet clear if atmospheric turbulences may be induced by the rough topography below the clouds.


The grey-scale of the images is such that white signifies more transparency, therefore less clouds, while darker or blacker regions represent opacity, or thicker clouds.