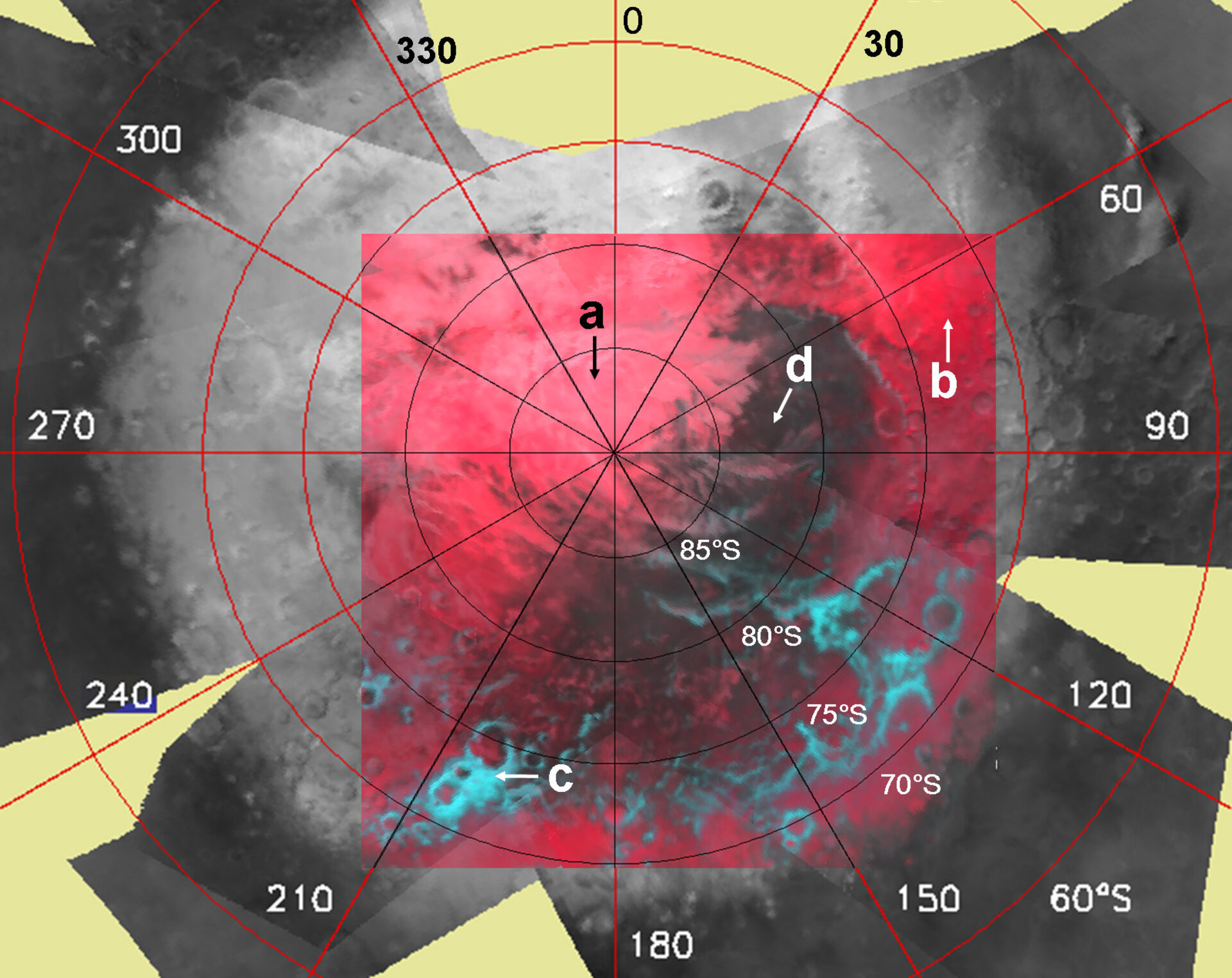 This mosaic image was built from ten observations by the OMEGA Visible and Infrared Mineralogical Mapping Spectrometer on board ESA’s Mars Express, when the spacecraft was flying at about 6000 kilometres altitude over the south pole during the Martian early to mid-Spring.

The dark region within the bright seasonal cap below and to the right of the pole is the so-called ‘cryptic region’ on Mars. During Southern spring, this area ‘mysteriously’ become much darker than the rest of the seasonal ice cap, notwithstanding temperatures as low as -135º C which should correspond to the presence of bright carbon dioxide ice, or ‘dry ice’, on the surface. The colour scheme in this area indicates the presence of carbon dioxide ice in reddish tones, and the presence of water ice in bluish tones.

OMEGA observations have revealed that there is a thick slab of dry ice in this area, but its surface is heavily covered by dust. Such dust contamination may result from the sunlight passing through the clear ice and heating the soil underneath. This would cause pressure to build up in carbon dioxide bubbles below the ice until a geyser erupts throwing dust onto the surface.

The letters indicate regions with different surface compositions and texture (a: bright, fine-grained “dry ice”; b: larger grained “dry ice” which is not quite as bright; c: water ice frost; d: cryptic region). The greyish tones in the cryptic region indicate that the surface is heavily contaminated by dust.