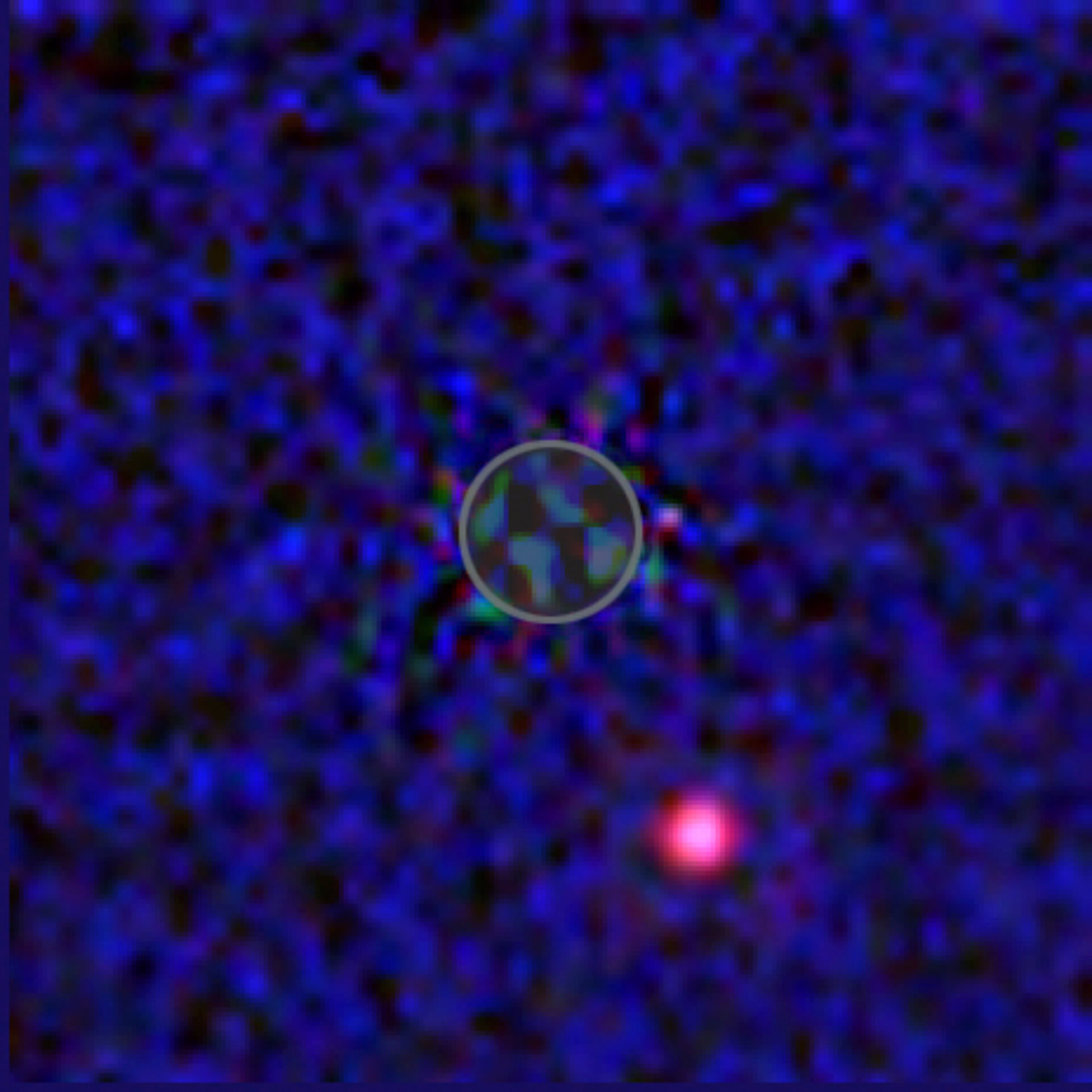 This artificial-colour infrared image was obtained by Hubble’s Near Infrared Camera and Multi-Object Spectrometer (NICMOS) in April 2004, and it shows the brown dwarf star 2MASSWJ 1207334-393254 (aka 2M1207) and its giant planet companion candidate.
The possible companion, estimated to be about five times the mass of Jupiter, is the magenta coloured spot at lower right. The brown dwarf’s location is within the circle at image centre. The glare of the dwarf, which is 700 times brighter than the planet candidate (as seen at Hubble’s near-infrared sensitivity) has been greatly reduced through image processing of NICMOS pictures taken at different Hubble orientations.
In this picture the dwarf and candidate planet are at a minimum distance of 8 thousand million kilometres apart. Further observations will be needed to confirm that the two objects are gravitationally bound. The red, green, and blue colours correspond to infrared wavelengths of (1.6, 1.1, and 0.9 microns respectively). At a temperature of only 1000 degrees Celsius, the candidate companion object appears very red in the NICMOS images.