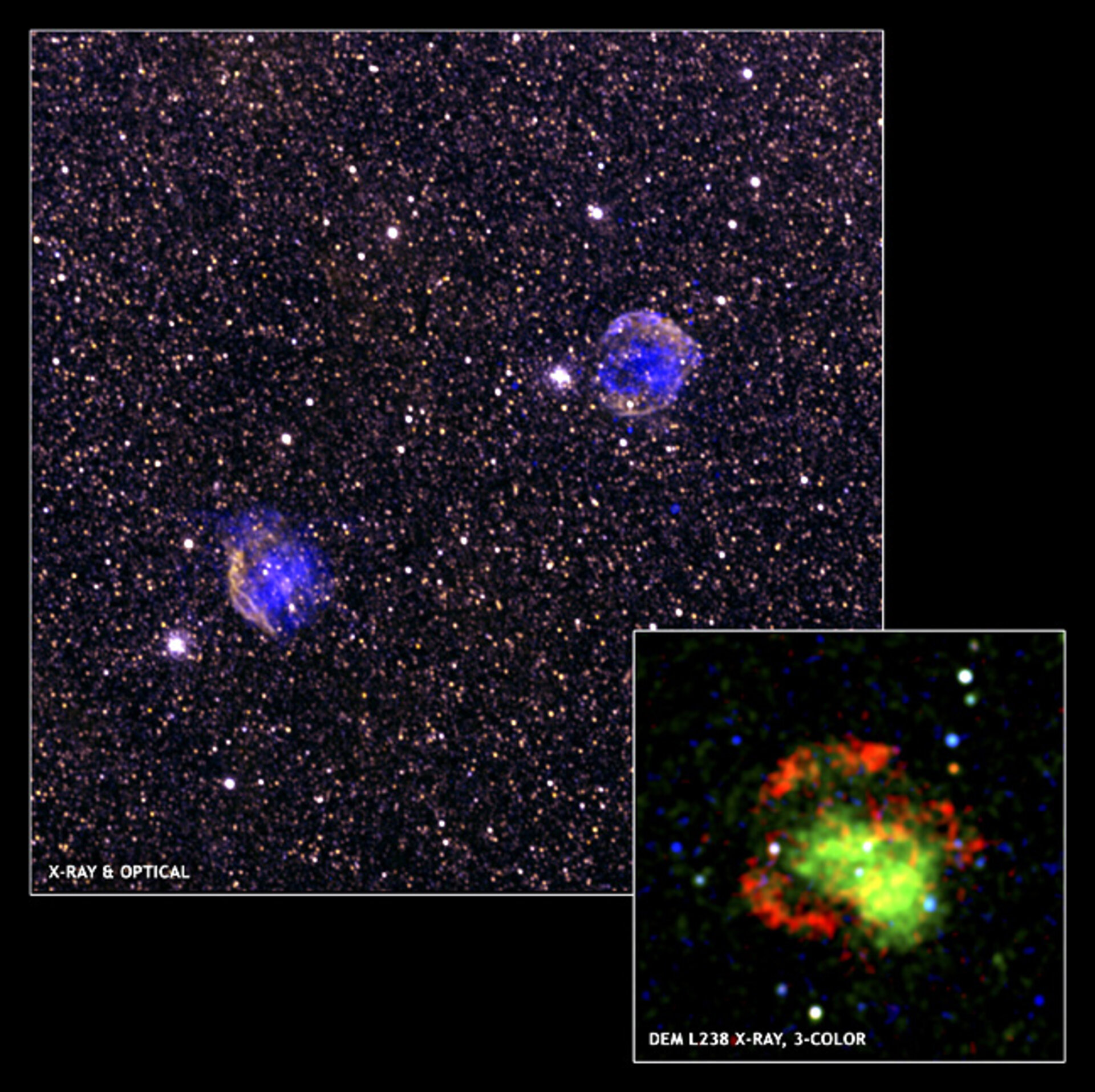 The large image shows a composite of Chandra X-ray data in blue and optical data in white of DEM L238 and DEM L249, two supernova remnants in the Large Magellanic Cloud. The inset reveals how DEM L238 (shown on the right in the wide-field view) appears in the three bands of X-ray emission, where low energy X-rays are shown in red, medium energies in green and high energies in blue. The central region of DEM L238 is green which indicates that it is rich in iron. This overabundance of iron identifies this object as a Type Ia supernova, possibly as a result from the explosion of a much younger star than expected.