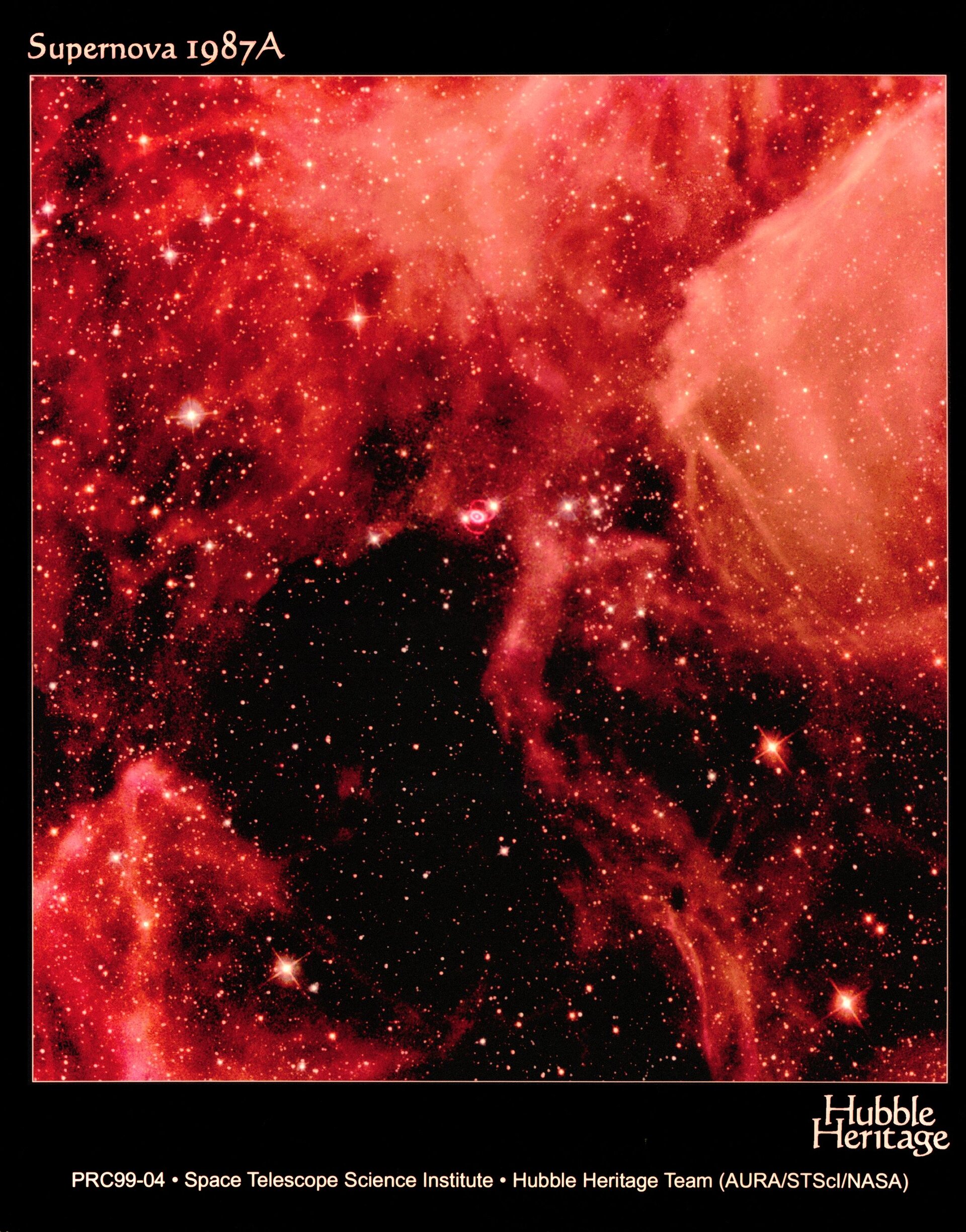 Supernova 1987A in the Large Magellanic Cloud

Glittering stars and wisps of gas create a breathtaking backdrop for the self-destruction of a massive star, called supernova 1987A, in the Large Magellanic Cloud, a nearby galaxy. Astronomers in the Southern hemisphere witnessed the brilliant explosion of this star on Feb. 23, 1987.
Shown in this NASA Hubble Space Telescope image, the supernova remnant, surrounded by inner and outer rings of material, is set in a forest of ethereal, diffuse clouds of gas. This three-color image is composed of several pictures of the supernova and its neighboring region taken with the Wide Field and Planetary Camera 2 in Sept. 1994, Feb. 1996 and July 1997.
The many bright blue stars nearby the supernova are massive stars, each more than six times heftier than our Sun.
They are members of the same generation of stars as the star that went supernova about 12 million years ago. The presence of bright gas clouds is another sign of the youth of this region, which still appears to be a fertile breeding ground for new stars.
In a few years the supernova's fast moving material will sweep the inner ring with full force, heating and exciting its gas, and will produce a new series of cosmic fireworks that will offer a striking view for more than a decade.