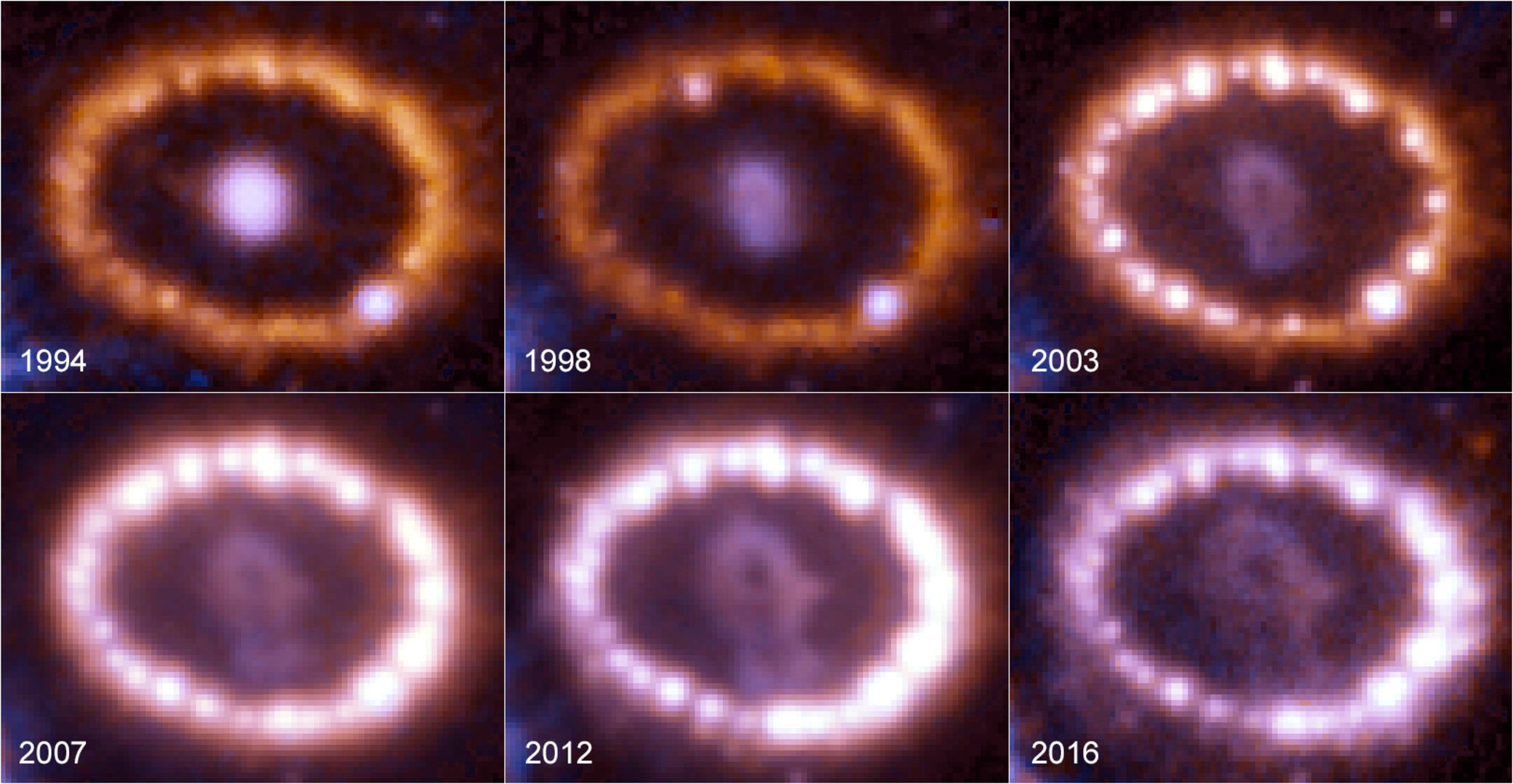 Thirty years ago, on 23 February 1987, the light from a stellar explosion marking the death of a massive star arrived at Earth to shine in Southern Hemisphere skies.

Located in the Large Magellanic Cloud, a satellite galaxy of the Milky Way, SN 1987A was the closest observed supernova to Earth since the invention of the telescope. Studying it for the last 30 years has revolutionised our understanding of the explosive death of massive stars.

In operation since 1990, the NASA/ESA Hubble Space Telescope has observed the supernova remnant many times, as highlighted in this montage. The images show its evolution between 1994 and 2016, and highlight the main ring that blazes around the exploded star.

A new wide-field image was also taken by Hubble in January 2017 to mark the 30 year anniversary.

By observing the expanding remnant material over the years, Hubble has helped to show that the material within the ring was likely ejected 20 000 years before the actual explosion took place.

The initial burst of light from the supernova initially illuminated the rings. They slowly faded over the first decade after the explosion, until a fast-moving shell of gas ejected during the supernova slammed into the central ring, sending a powerful shockwave through the gas, heating it to searing temperatures and generating strong X-ray emission.

This caused clumps of denser gas within the ring to light up like a string of pearls, seen as the increasing number of bright spots, which are now fading again.

As the shock wave continues to move through the shells ejected by the dying star in its final throes of life, who knows what new details will be revealed?