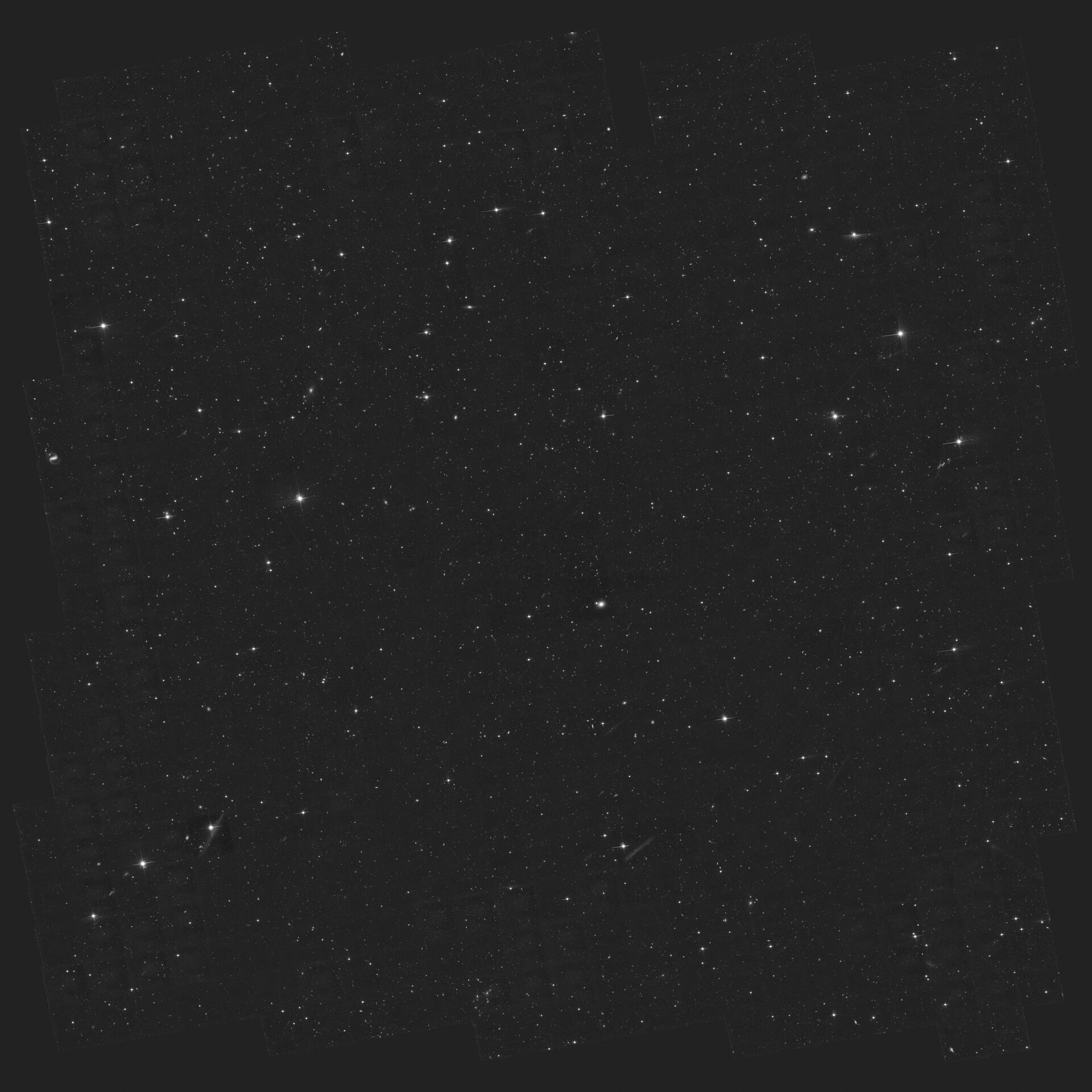 This image shows the full COSMOS field at one tenth resolution. COSMOS - the Cosmic Evolution Survey – is the Hubble Space Telescope’s largest ever survey of the Universe and was carried out by an international team of 70 astronomers. In making the COSMOS survey, Hubble photographed 575 adjacent and slightly overlapping views of the universe using the Advanced Camera for Surveys' (ACS) Wide Field Camera onboard Hubble. It took nearly 1,000 hours of observations. The distances to the galaxies were determined from their spectral redshifts, using ESO’s Very Large Telescope, the Subaru and CFHT telescopes in Hawaii and the Magellan telescope in Chile.