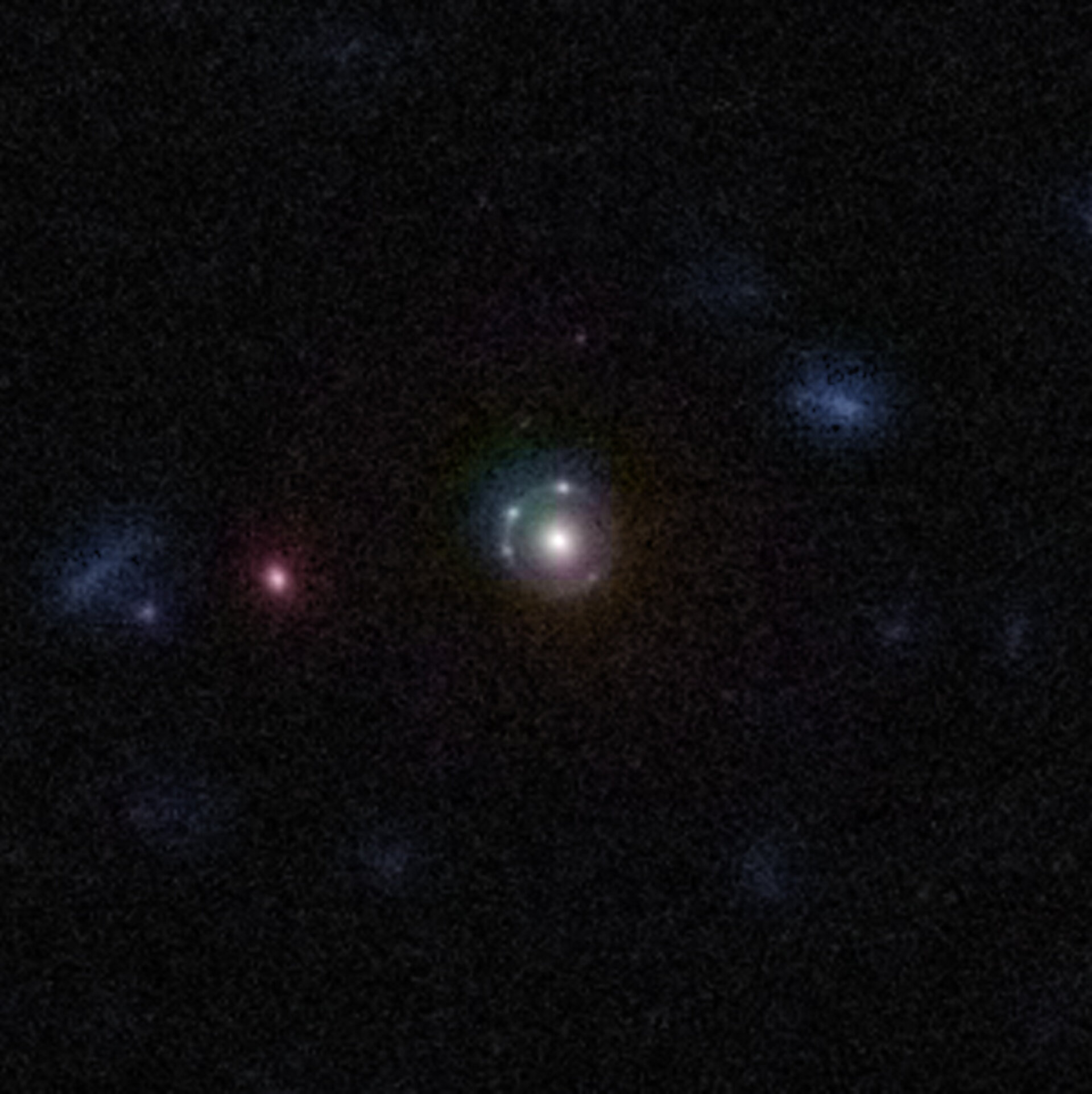 This image, originally in greyscale, taken by the Hubble Advanced Camera for Surveys was updated with information in colour from the ground-based Canada-France-Hawaii Telescope.