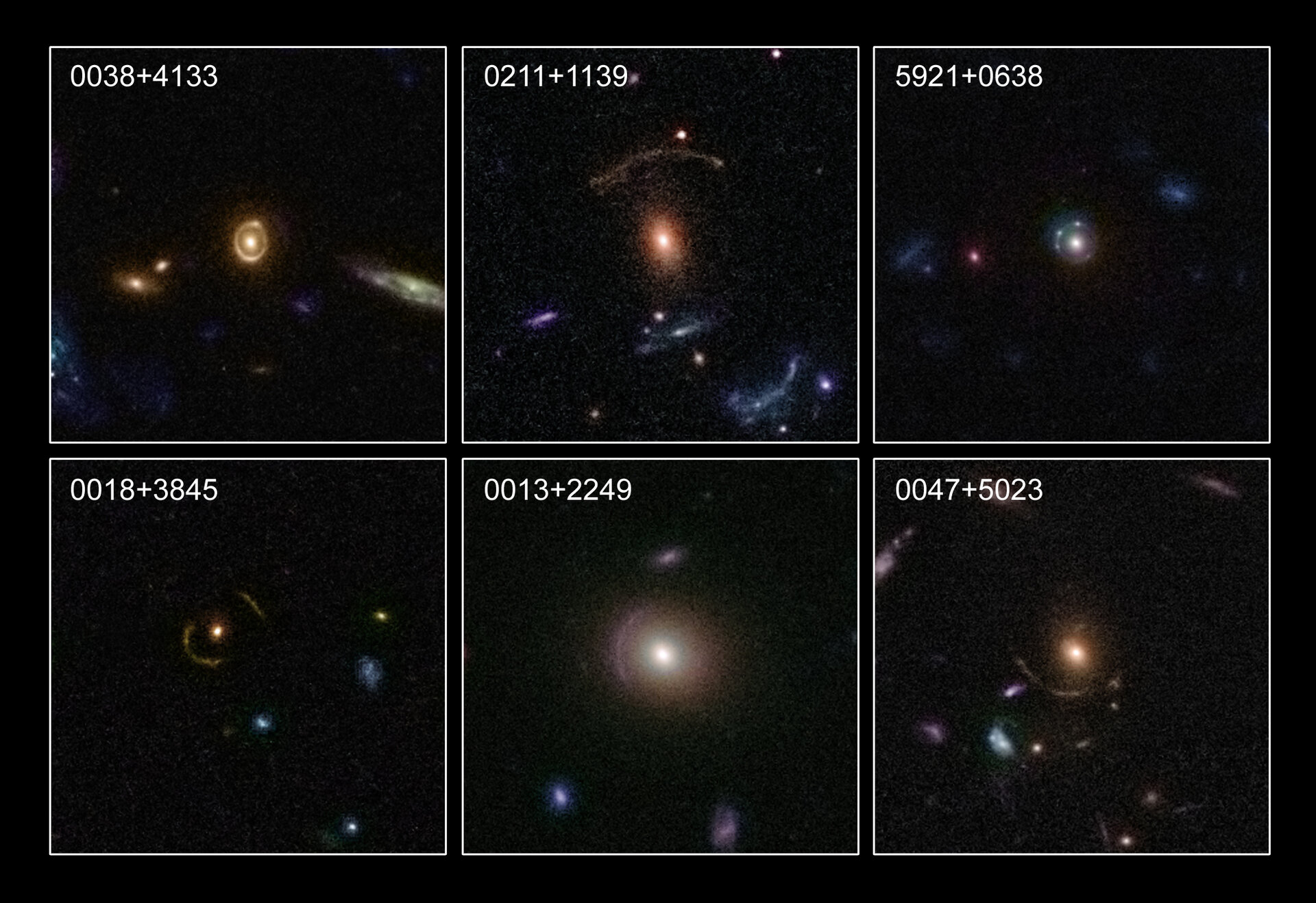 Gravitational lenses in the distant universe

This image shows six of 67 gravitational lenses found in the COSMOS survey. The objects were discovered in a recently-completed, large set of observations as part of a project to survey a single 1.6-square-degree field of sky (nine times the area of the full Moon) with several space-based and Earth-based observatories.

The COSMOS project, led by Nick Scoville at the California Institute of Technology used observations from several observatories including the Hubble Space Telescope, the Spitzer Space Telescope, the XMM-Newton spacecraft, the Chandra X-ray Observatory, the Very Large Telescope (VLT), and the Subaru Telescope. In total 67 gravitational lenses were found.