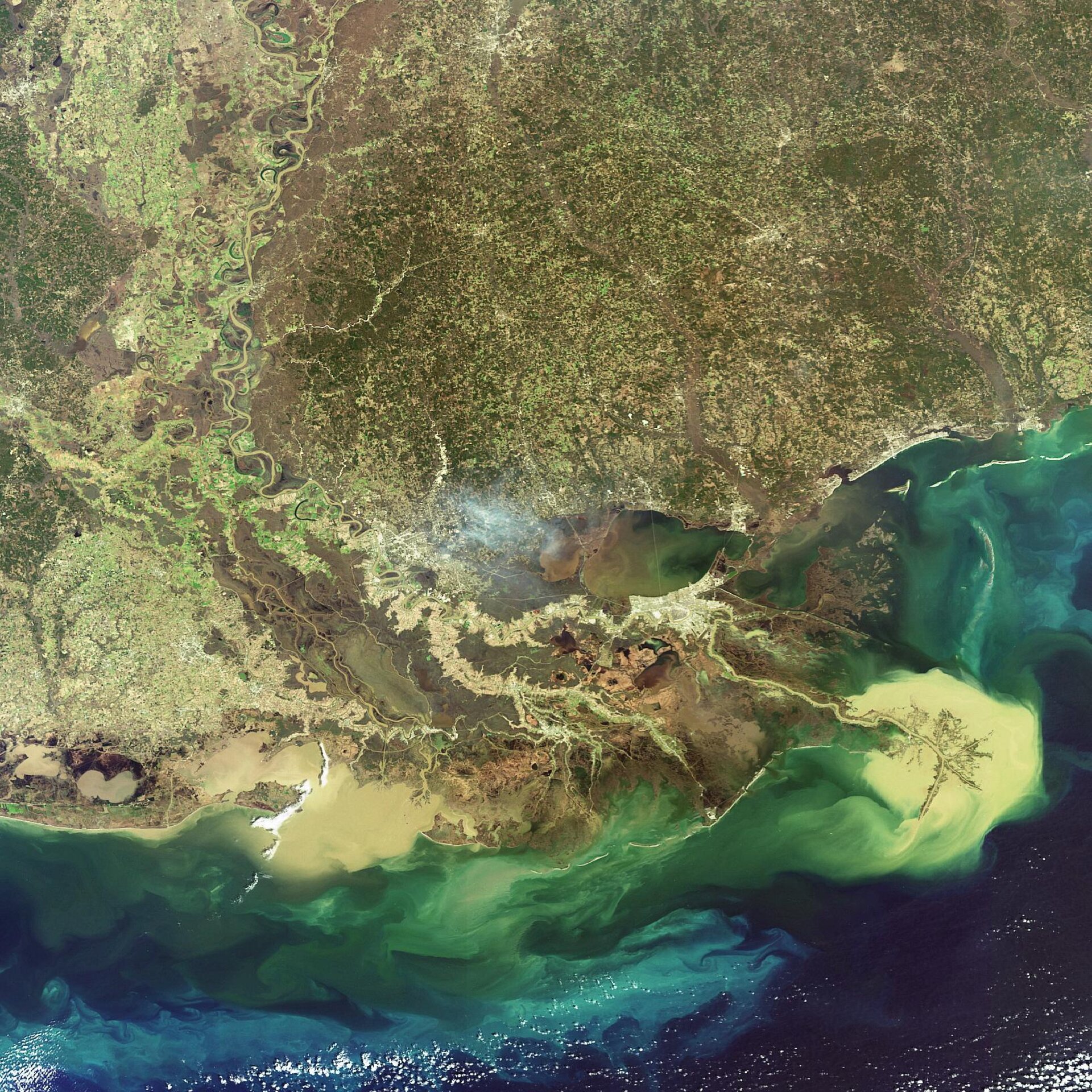 Envisat image of US Mississippi

The Mississippi River Delta empties sediment into the Gulf of Mexico in this Envisat image acquired on 6 February 2007 with its Medium Resolution Imaging Spectrometer (MERIS) instrument. Over the last several decades, however, the delta’s sediment load has been drastically reduced by natural and man-made factors, causing extensive land loss, which is mostly wetland loss. If this process continues at the current pace, Louisiana could be left with less than 5 percent of the wetlands it had in the 1930s. As wetlands erode, parts of Louisiana, such as New Orleans (the light yellow crescent just below the inland lake, Lake Pontchartrain), become completely exposed to storms coming in from the gulf.