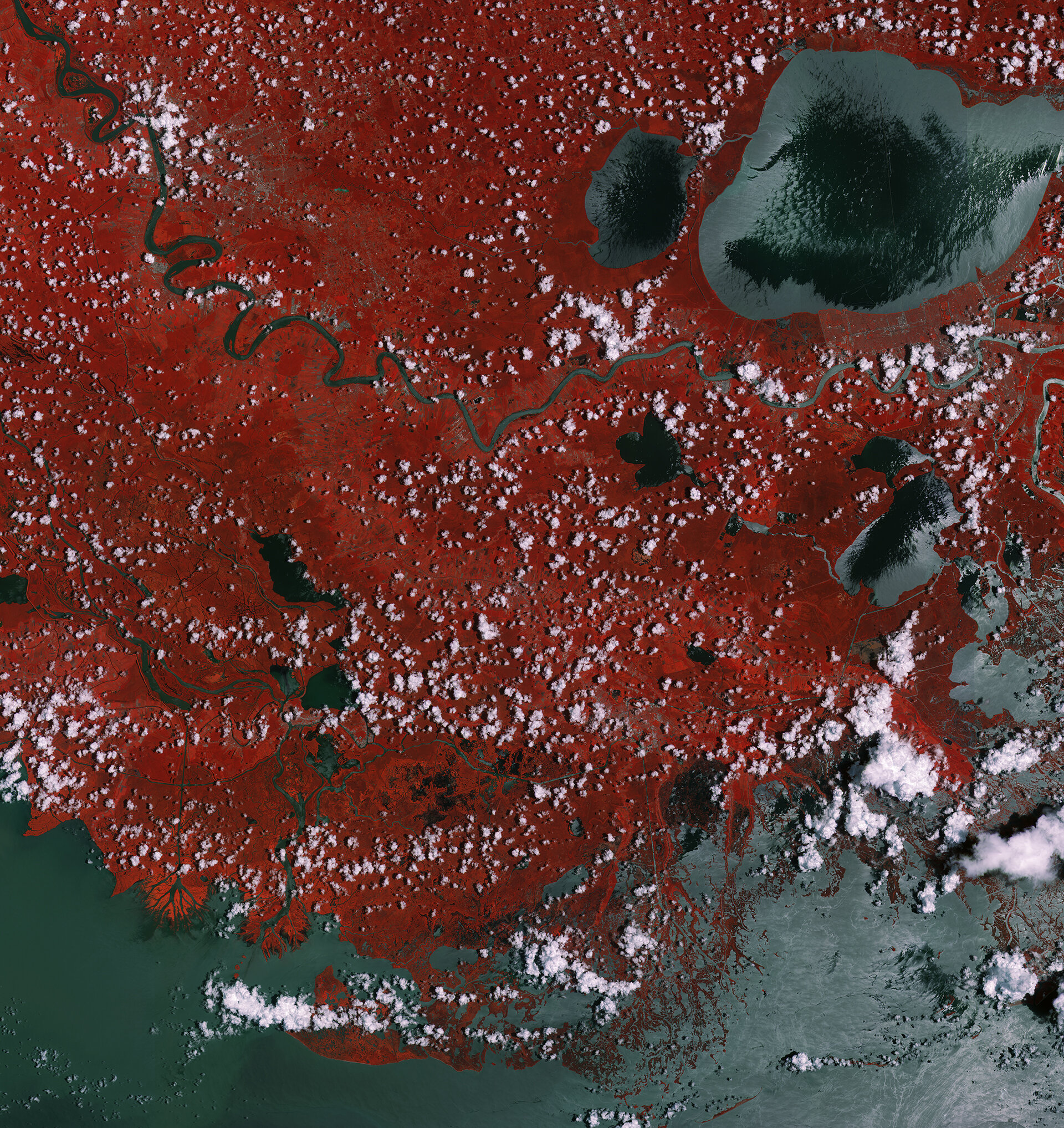 From agricultural monitoring to charting changing lands, images from Europe’s Sentinel-2A ‘colour vision’ satellite can be used for many practical applications and to keep us, and our planet, safe. The red colour scattered throughout the image shows the enormous amount of vegetation in the area, while the grey represents the various bodies of water.

Close to the heart of the snake-like Mississippi River, the image clearly shows the typical French-style fields, with rows of sugar cane, around the towns of Lucy, Edgard and Wallace. On the east bank of the Mississippi lie the towns of LaPlace, Reserve, Lions, Garyville and Mount Airy, each with industries along the river, including a chemical plant, sugar refinery, grain elevators and an oil refinery.

Bayous are scattered all over the image. A bayou is a Franco-English term for an extremely slow-moving stream or river, marshy lake or wetland. They are commonly found in the Mississippi River Delta, famous within the states of Louisiana and Texas. Though fauna varies by region, many bayous are home to crawfish, certain species of shrimp, other shellfish, catfish, frogs, toads, American alligators and crocodiles, and the alligator snapping turtle.

Towards the upper left part of the image, under the many clouds, lies Baton Rouge, the capital of Louisiana and its second-largest city. On the eastern bank of the Mississippi River, Baton Rouge is a major industrial, petrochemical, medical, research, motion picture and growing technology centre of the American south. The port of Baton Rouge is the ninth largest in the United States in terms of tonnage shipped.

Sentinel-2A has been in orbit since 23 June, with its multispectral camera supplying optical images of Earth’s land and water bodies. It provides imagery of vegetation, soil and water cover, inland waterways and coastal areas.

This image, captured on 15 July by Sentinel-2A, is featured on the Earth from Space video programme.