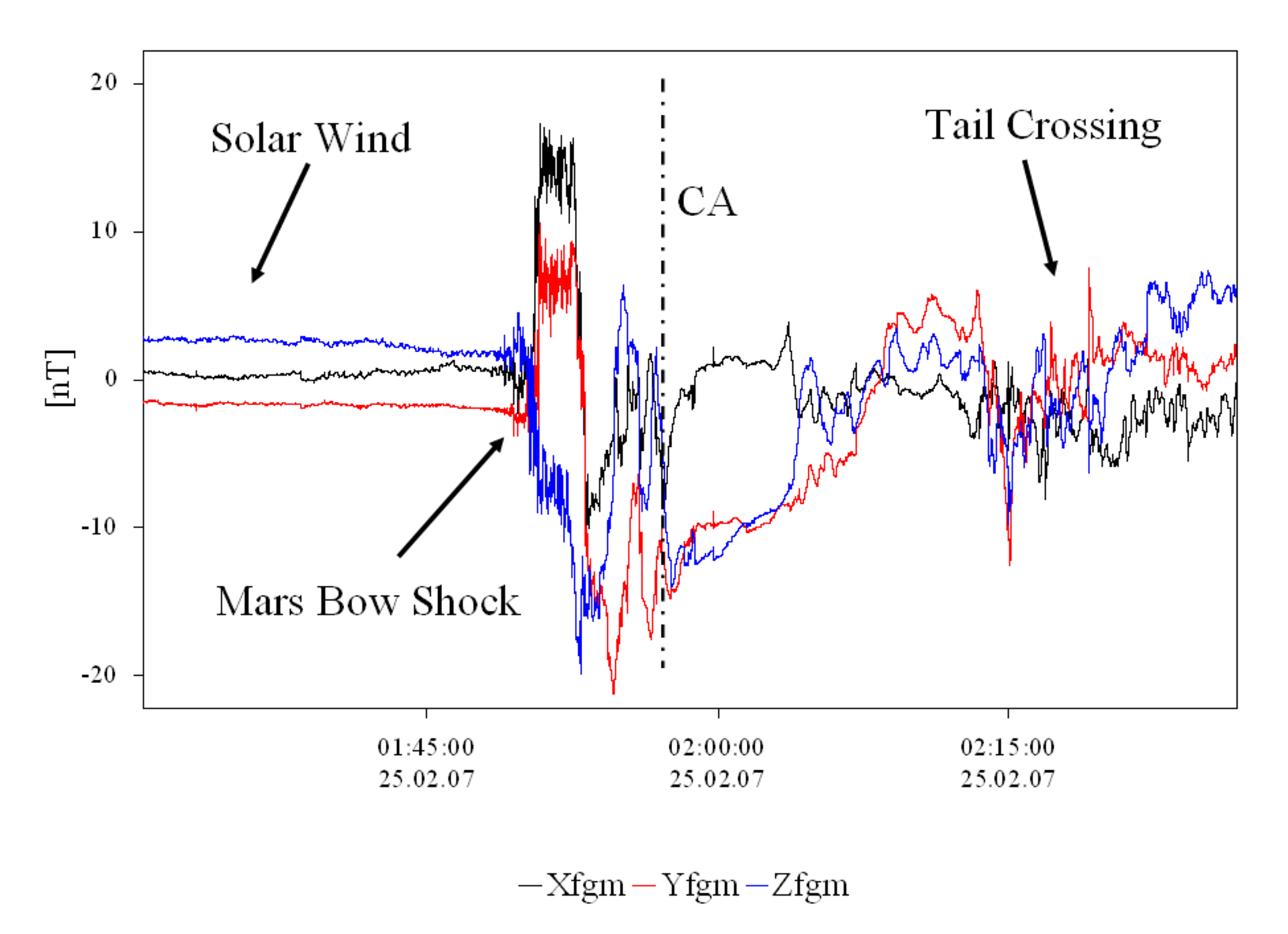 This graph, drawn thanks to data collected by the ROMAP instrument on board Rosetta's Philae lander, shows how the magnetic environment of Mars becomes complex when the solar wind, initially proceeding unperturbed at supersonic speed (left of the image), encounters the boundary region of the magnetosphere (bow shock), gets decelerated to subsonic speed and becomes turbulent.

The data were collected around closest approach to the Red Planet during the Mars swingby on 25 February 2007.

Time is ploted on the horizontal axis versus intensity of the magnetic field on the vertical axis.