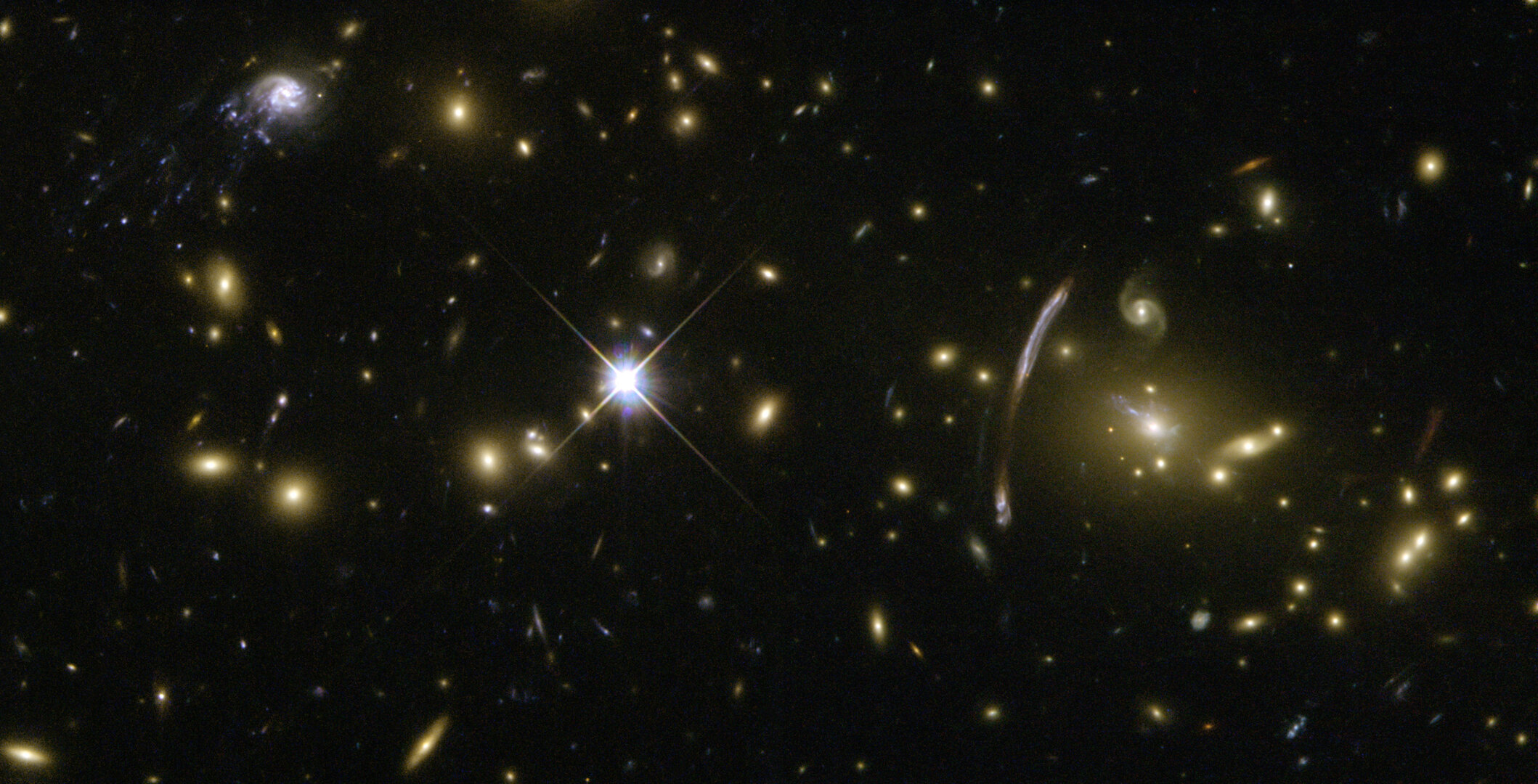 'Comet Galaxy' as seen with Hubble

While looking at the galaxy cluster Abell 2667, astronomers found an odd-looking spiral galaxy (shown here in the upper left hand corner of the image) that ploughs through the cluster after being accelerated to at least 3.5 million km/h by the enormous combined gravity of the cluster’s dark matter, hot gas and hundreds of galaxies.

The Hubble image was taken by Hubble’s Wide Field and Planetary Camera 2 in October 2001 and is a composite of three observations through a blue filter, a green filter, and a near-infrared filter. ESO’s Very Large Telescope and the twin Keck Telescopes were used for optical spectroscopy and near-infrared photometry, which helped determine the age of the star-forming region. NASA’s Spitzer Space Telescope and Chandra X-Ray Observatory were used jointly to confirm that the activity in the 'Comet Galaxy' was due to vigorous star-formation and not a super-massive black hole.