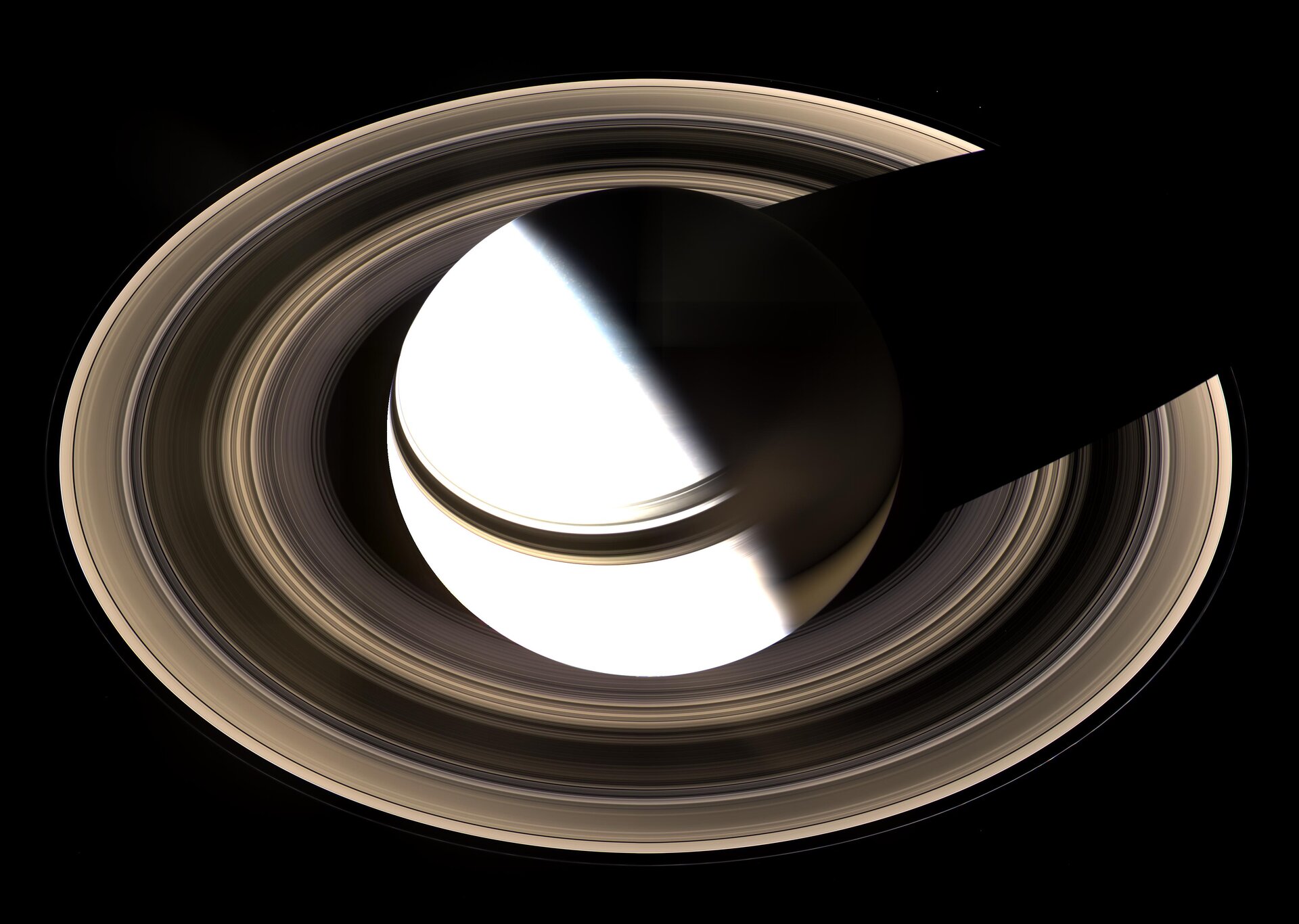 Surely one of the most gorgeous sights the solar system has to offer, Saturn sits enveloped by the full splendour of its stately rings in this mosaic of 36 images taken by Cassini over the course of about 2.5 hours, as the spacecraft scanned across the entire main ring system. This view looks toward the unlit side of the rings from about 40 °above the ring plane.

Taking in the rings in their entirety was the focus of this particular imaging sequence obtained by the Cassini spacecraft’s wide-angle camera on 19 January 2007, at a distance of approximately 1.23 million kilometres from Saturn. Image scale is 70 kilometres per pixel.

The camera exposure times were just right to capture the dark-side of its rings, but longer than that required to properly expose the globe of sunlit Saturn. Consequently, the sunlit half of the planet is overexposed. Between the blinding light of day and the dark of night, there is a strip of twilight on the globe where colourful details in the atmosphere can be seen. Bright clouds dot the bluish-grey northern polar region here. In the south, the planet's night side glows golden in reflected light from the rings' sunlit face.

Saturn's shadow stretches completely across the rings in this view, in contrast to what Cassini saw when it arrived in 2004.