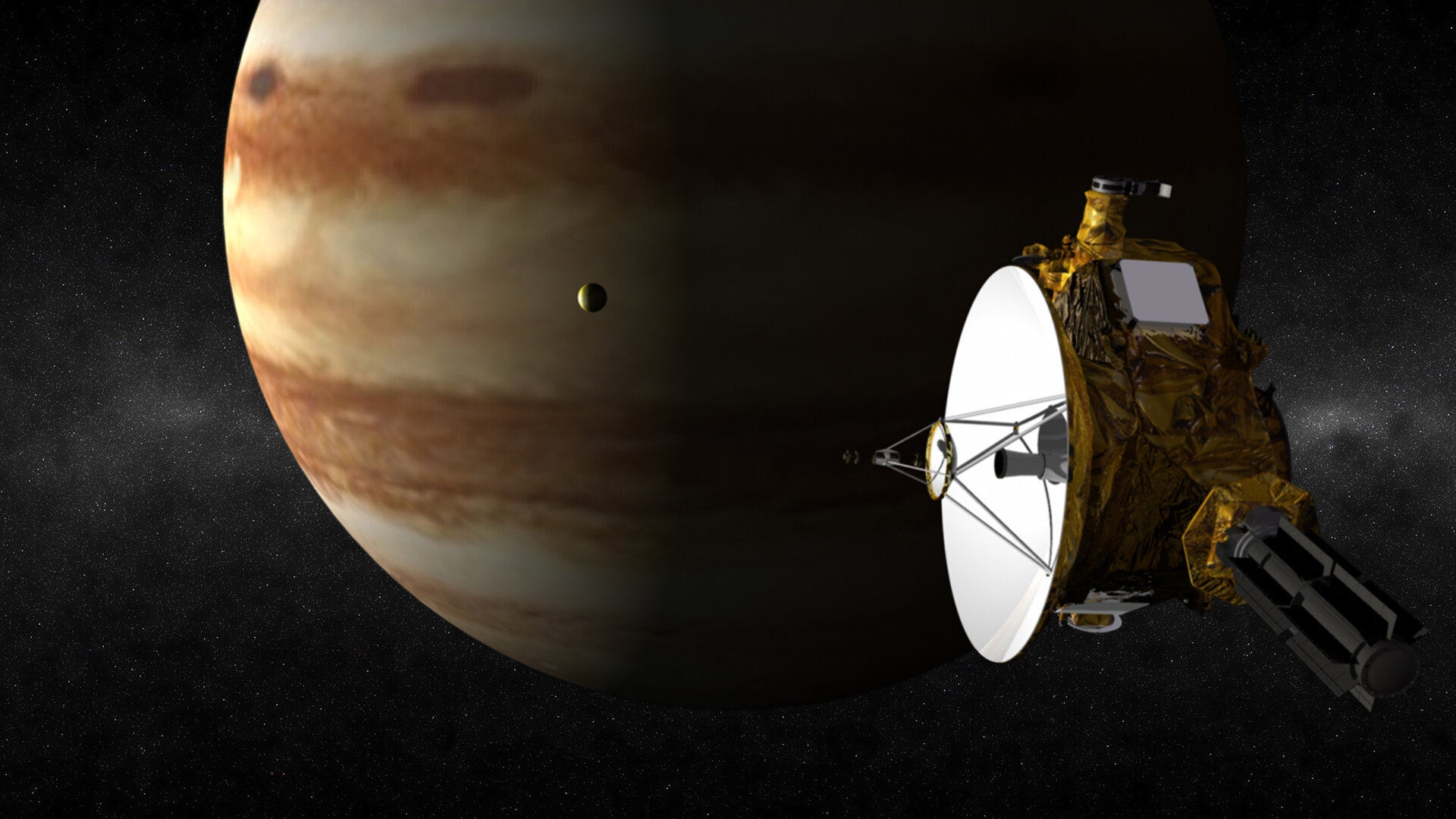 Although the main mission of NASA's New Horizons is to explore the Pluto system and the Kuiper Belt of icy, rocky objects, the spacecraft first flew by the solar system's largest planet, Jupiter, on 28 February 2007 — just a little over a year after launch. In this artist's rendering, New Horizons soars past Jupiter as the volcanic moon Io passes between the spacecraft and planet.