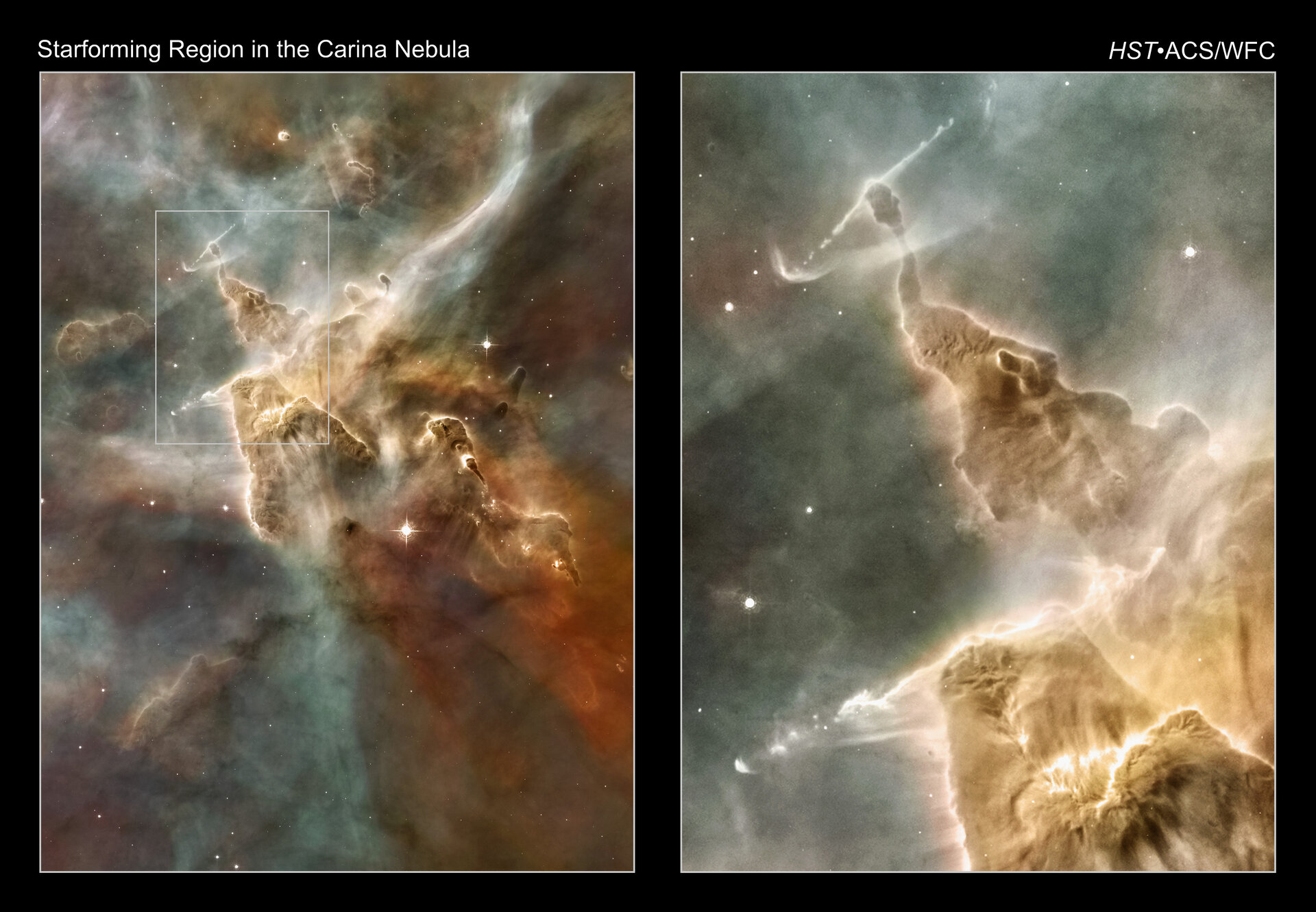 This 'mountain' of cold, dust-laced hydrogen gas is a site of new star formation in the Carina Nebula. The great gas pillar is being eroded by ultraviolet radiation from the hottest newborn stars.

The close-up in the right panel, shows evidence for stars being born inside the columns. A jet of gas from a newborn star inside the column shoots out in both directions into the surrounding gas. A similar jet can be seen at the bottom of the image. The stellar jets are a signature for the birth of a star.

It is a mosaic of 48 frames taken with Hubble’s Advanced Camera for Surveys. The Hubble images were taken at the wavelength of ionised hydrogen to which colour information obtained by the Cerro Tololo Inter-American Observatory in Chile was added. Red corresponds to sulphur, green to hydrogen, and blue to oxygen emission.