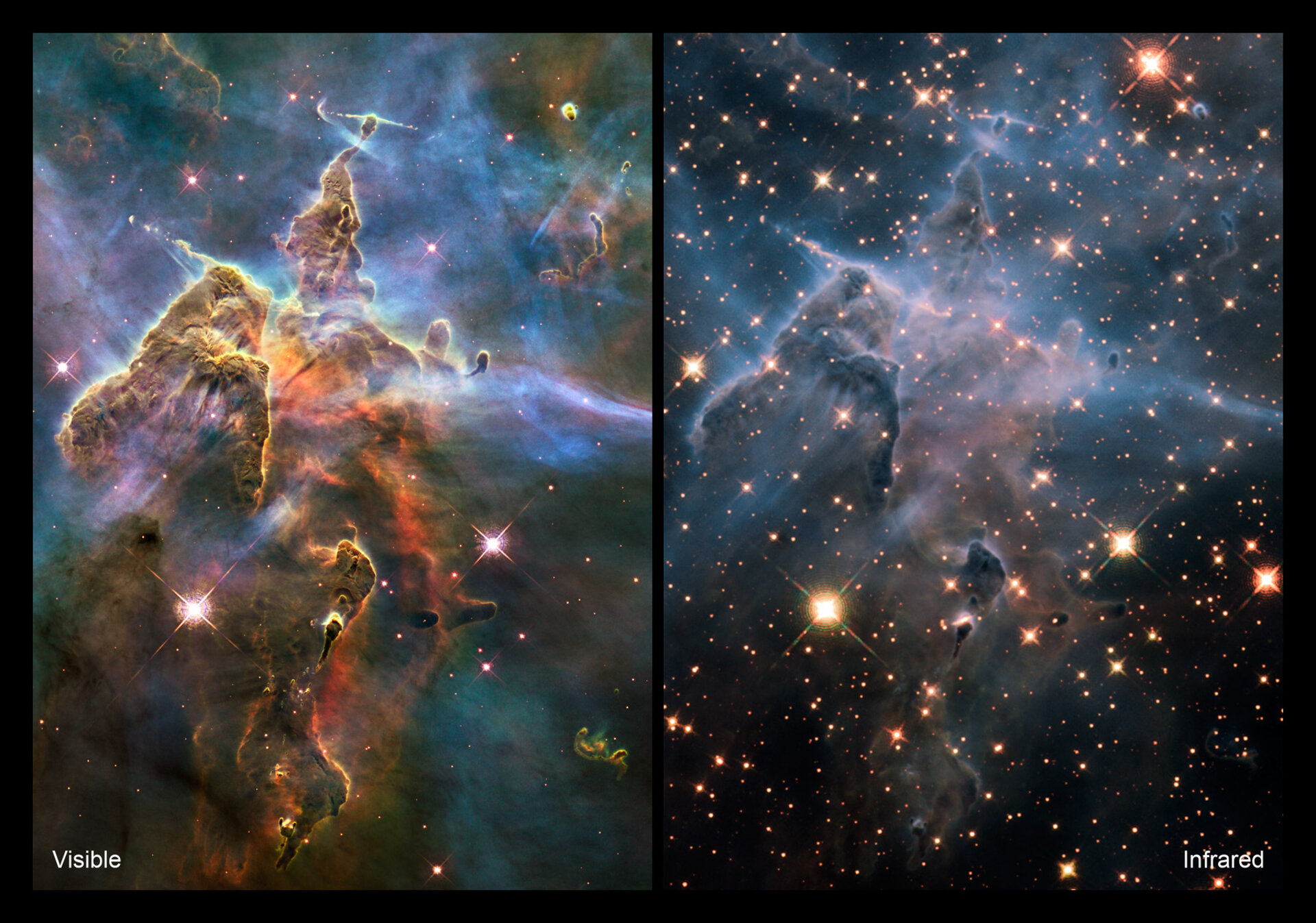 These two images of a pillar of star birth, three light-years high, demonstrate how observations taken in visible and infrared light by the NASA/ESA Hubble Space Telescope reveal dramatically different and complementary views of an object. The pair of images demonstrates how Hubble’s new panchromatic view of the Universe shows striking differences between visible and infrared wavelengths. This turbulent cosmic pinnacle lies within a tempestuous stellar nursery called the Carina Nebula, some 7500 light-years away in the southern constellation of Carina. The images mark the 20th anniversary of Hubble’s launch and deployment into orbit around Earth.

[Left] This visible-light view shows how scorching radiation and fast winds (streams of charged particles) from super-hot newborn stars in the nebula are shaping and compressing the pillar, causing new stars to form within it. Infant stars buried inside fire off jets of gas that can be seen streaming from towering peaks. Streamers of hot ionised gas can be seen flowing from the ridges of the structure, and wispy veils of gas and dust, illuminated by starlight, float around it. The dense parts of the pillar are resisting being eroded by radiation. The colours in this composite image correspond to the glow of oxygen (blue), hydrogen and nitrogen (green) and sulphur (red).

[Right] This near-infrared image shows a myriad of stars behind the gaseous veil of the nebula's background wall of hydrogen, laced with dust. The foreground pillar becomes semi-transparent because infrared light from the background stars penetrates much of the dust. A few stars inside the pillar also become visible. Representative colours are assigned to three different infrared wavelength ranges.