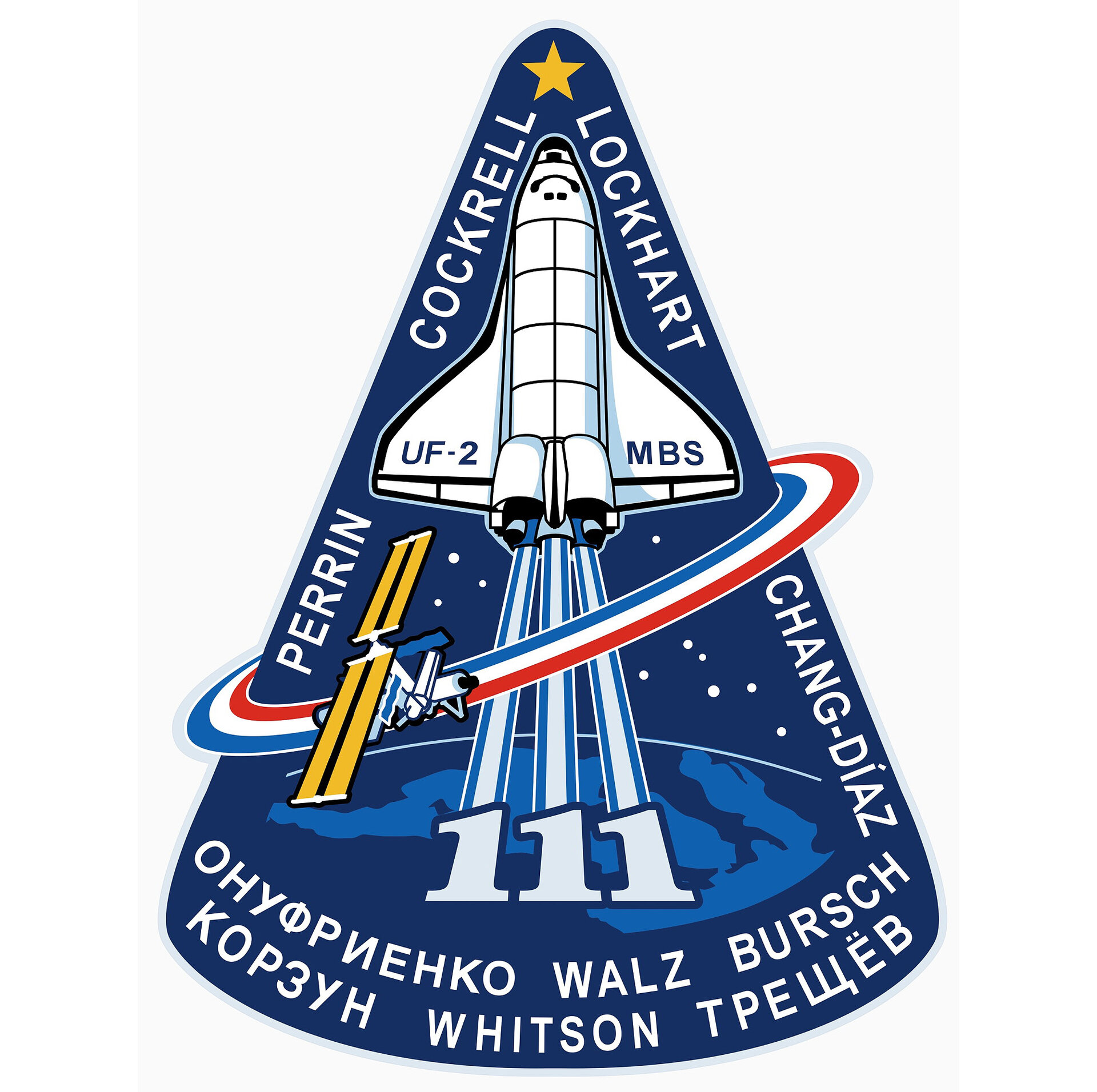 CNES astronaut Philippe Perrin (FR) served as a mission specialist on STS-111 in June 2002 on the Space Shuttle Endeavour. He became an ESA astronaut in December 2002.

The STS-111 patch symbolises the hardware, people and partner agencies that contributed to the flight. The Shuttle rises on the plume of the NASA Astronaut Office symbol, carrying the Canadian Mobile Base System for installation while docked to the ISS. The mission is named UF-2 for ISS Utilisation Flight number two. The ISS orbit is red, white and blue to represent the flags of the USA, Russia, France and Costa Rica. The Earth background shows Italy, which contributed the Multipurpose Logistics Module used on this flight to resupply ISS. The ten stars in the sky represent the ten astronauts and cosmonauts on orbit during the flight, and the star at the top of the patch represents the Johnson Space Center (in the 'Lone Star' state of Texas) from which the flight is managed. The names of the STS-111 crew border the upper part of the patch, and the Expedition 5 (up) and Expedition 4 (down) names form the bottom of the patch.

The patch for STS-111 was designed in November 2001 by Marc Jacobs and the STS-111 crewmembers.